This week we have seen the health impact of wine hit the headlines (again), Tesco promising to make some positive changes to their stores, and the Mediterranean diet raising...

This week we have seen the health impact of wine hit the headlines (again), Tesco promising to make some positive changes to their stores, and the Mediterranean diet raising its head again. 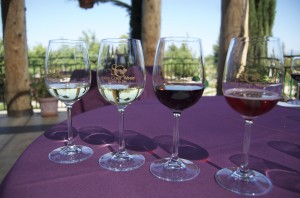 Four glasses of wine is enough to harm your health, scientists say

A single alcohol binge causes bacteria to leak from the gut, leading to increased levels of toxins in the blood… Read more here.

Recent research from the University of Massachusetts has concluded that binging on alcoholic drinks (4-5 drinks) within a 2 hour period is enough to have significant negative impact on your health. This study was only small, and used 25 individuals made up of 11 men and 14 women, who consumed enough alcohol to raise their blood alcohol concentration to at least 0.08g/dl within an hour. The participants of the study then had their blood tested every 30 minutes after consumption for 4 hours. These blood samples found an increased level of endotoxins which cause the body to produce immune cells involved in fever, inflammation and tissue destruction. The blood samples also found bacteria DNA in the blood suggesting that bacteria from the gut have passed into the blood stream.

Wine has been in the news regularly recently. It was only last week that we have seen that some of the health benefits of red wine might have been over exaggerated, and a month ago we were told that a bottle of wine can keep the doctor away. The news seems to love taking about wine, maybe it’s because so many people drink it – I don’t know. The truth is that wine, red or white, is not healthy, alcohol is poisonous to the body, it is a toxin. Red wine does contain resveratrol, which is beneficial, but its benefits do not out weight the effects of alcohol.

Sure, drink wine and have fun, but don’t kid yourself into thinking its doing your body any good. 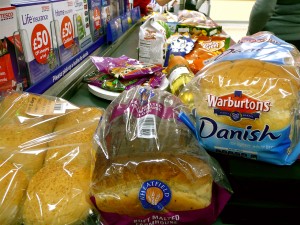 Tesco is to stop sweets and chocolates being sold at checkouts at its smaller stores in the UK in an effort to help customers make healthier choices… Read more here.

Two weeks ago we saw Ed Miliband announcing how he plans to make Britain healthy, some of them were deemed a bit extreme and overly ambitious, but some did make sense to me, one of which was the plan to ban supermarkets from selling drinks and sweets near tills. This was only 2 weeks ago, so I was surprised to see that Tesco seems to have taken this on board, and are acting on it! This week Tesco announced that it plans to swap the chocolates and sugary snacks from the till to a healthy alternative. Tesco hasn’t specified what these healthy snacks are, but I can’t think of anything that can be worse than sugary snacks, so I am optimistic. In addition, Tesco have said that they will stop displaying sugary snack at eye level for children. Could this be the start of a supermarket actually taking our health into account? I don’t think this is going to reverse the obesity epidemic, and single handedly make us healthy, but it is a more in the right direction. 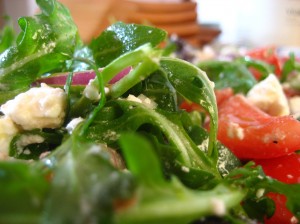 The combination of olive oil and leafy salad or vegetables is what gives the Mediterranean diet its healthy edge, say scientists… Read more here.

The Mediterranean diet has become popular because it was observed that people who lived in the Mediterranean had significantly lower rates of cardiovascular disease, depression and a whole host of other ailments. There are problems with this though, the first is that these observation were made by American researchers, who assumed that the Mediterranean diet was very stereotypical, consisting of eating olives, drinking olive oil, eating salads, and eating nuts, which isn’t strictly true. People in the Mediterranean enjoy a varied diet, which includes cheese and red meat. The second big problem with the Mediterranean diet is that other lifestyle and environmental factors were not considered when noticing the health benefits. In particular, the extended exposure to sun light which is not only a great way to get some natural vitamin D, but also is thought to be a key factor in lowering depression.

Sure, olive oil and salads are healthy, but there are so many more variables which simply haven’t been acknowledged, making the Mediterranean diet flawed.