A Complete Guide to Fibre

Fibre is the forgotten nutrient. It is known to benefit us in a number of ways, and I think its true impact on our health is through the way... 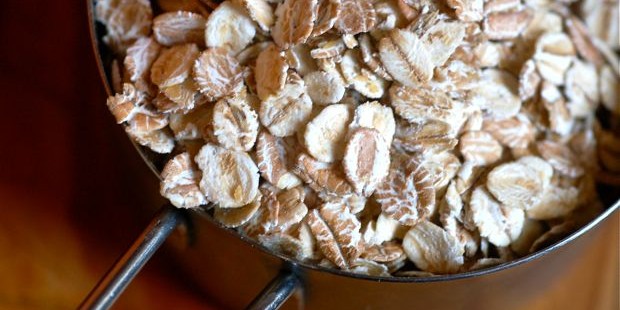 Fibre is the forgotten nutrient. It is known to benefit us in a number of ways, and I think its true impact on our health is through the way it influences our gut microflora, which is only just being realised. So grab a banana (or if you want to be really kind to your gut, a Jerusalem artichoke) and have a read of how eating these foods benefit you.

Soluble – As the name suggest, soluble fibre can dissolve in water and instead forms a gel, which is what people see when the soak chia seeds in water. This gel also forms in your stomach (to a lesser extent I might add) when you consume soluble fibre. This gelling action slows down digestion, which can increase the feeling of satiety, reduces the risk of developing type 2 diabetes1, and is also associated with a lower risk of developing cardiovascular disease. These fibres are often fermentable by the gut microflora (which will be discussed in greater detail later), meaning if they are consumed in large amounts can cause a feeling of bloating and an unsociable amount of gas. Soluble fibre can be found in most plants, but the best sources per serving are:

Insoluble – This fibre doesn’t dissolve in water, and remains mostly intact throughout the digestive system. Insoluble fibre adds bulk to the stool, which speeds up the passage of waste out of the gut, eases the passing of stools and softens the stool. Insoluble fibre is commonly found in grains and cereals, and so when a cereal product claims to be high in fibre it is almost entirely insoluble fibre. Whilst there is benefit to adding bulking agents to help with the passage of stools, there is such a thing as too much insoluble fibre. Too much can be bad for your digestive system (and sex life!) which is one reason why excessive consumption of grains is not so good. Aside from cereals, foods high in insoluble fibre are:

Although all prebiotics are fibre, not all fibre is prebiotic. A prebiotic is defined as “a selectively fermented ingredient that allows specific changes, both in the composition and/or activity in the gastrointestinal microflora, that confer benefits,”3 and these are generally soluble fibres, not insoluble fibres,

Inulin, oligofructose, and FOS have been extensively studied as prebiotics, and have been shown to significantly increase the population of Bifidobacteria and Lactobacilli when consuming around 5–10 g a day1. These 2 species of bacteria are the most well researched probiotics, and benefit the body in a number of ways from maintaining a normal body weight to supporting the immune system. You can find small amounts of these prebiotic fibres in most foods, but the highest concentrations of prebiotics are found in the following:

Some soluble fibres are not classed as prebiotic, but still can be fermented by the gut microflora. This fermentation process produces short chain fatty acids (SCFAs) such as butyrate, which has been shown to protect against colon cancer4, IBS and can reduce inflammation in the gut5. Butyrates benefits to the body don’t end in the gut, and Stephan Guyenet has written a very good blog post about the extensive benefits butyrate can have – it’s well worth a read!

How much fibre should you eat?

The NHS in the UK recommends eating about 18g of fibre a day6 but these guidelines do not distinguish between soluble and insoluble fibre recommendations, which indicates either lack of understanding or an over simplification of fibres benefits – they are 2 distinct nutrients, which benefit the body in 2 distinct ways. You don’t want to be eating 18g of insoluble fibre a day, and no soluble fibre.

In contrast, examination of coprolites (that’s fossilised poo) from our hunter-gatherer ancestors in Mexico has shown that inulin consumption was 135 g/day for the typical adult male hunter-forager7. Consumption of this amount of inulin requires a very specific diet, because very few foods have large amounts of inulin. You would need to eat around a kilo of Jerusalem artichoke, or 23.6kg of bananas to get this level of inulin in your diet! Thats a lot of plants!

It might not be too far off the mark though. Jeff Leach, who does a large amount of research on our ancestral microflora (and is taking a very hands-on approach in The Human Food Project) suggests that our ancestral diet would have regularly provided more than 100g of total fibre a day8. As this would have mainly been soluble fibre it would have made for a rather healthy gut indeed.

Is this much fibre needed today? Perhaps not, but as most people are consuming around 15g of fibre a day (a large proportion being insoluble fibre due to the rise in grain consumption), it does show that there is quite a gap between what our ancestors ate and what we currently eat, and so most people could do with increasing their soluble fibre consumption.

How to increase soluble fibre

Finding recipes which use foods high in soluble fibre (or even prebiotic fibre) is the best bet way. Recipes such as this one by Jamie Oliver is a great one to try out. If these kinds of meals are not for you then you could try taking a table spoon of chia seeds or psyllium husks a day – both of which are high in soluble fibre.