This week we have seen another possible way of reducing childhood obesity, the earliest case of cancer being discovered, possible permanent effects of missing out on sleep, another reason... 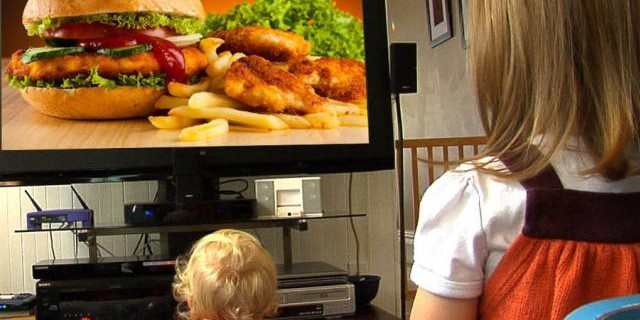 This week we have seen another possible way of reducing childhood obesity, the earliest case of cancer being discovered, possible permanent effects of missing out on sleep, another reason to stop smoking, how saturated fats affects your health and GSK reporting their failings. 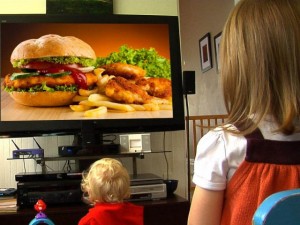 Children are being exposed to TV adverts promoting unhealthy food which should be banned during primetime family viewing, says a campaign group… Read more here.

Is exposing children to fast food adverts on TV contributing to childhood obesity? The government says no, but a group of campaigners have recently claimed that it does. Research on TV advertising found that unhealthy food items accounted for 11% of all adverts and around half of all food adverts. These adverts can vary from chocolate adverts by supermarkets to fast food pizza adverts. While it is true that fast food chains do target children with advertising, often by using popular charters from child films, there is still no concrete evidence to show that there is a direct cause and effect link (possibly because it is very hard to measure).

I think that if a fast food restaurant does target children with advertising it will increase the childs desire to eat these foods (that is after-all the point of advertising), so it does seem to make sense that if you restrict this advertising, it will reduce the desire for fast food. However, for children, is it not ultimately the parents choice what they eat? Are the parents going to cook an evening meal, or will they order pizza? The children may put pressure on the parents to buy fast food, but it is still the parents decision. So while I agree that fast food advertising might cause the kids to want to eat fast food, the actual impact it has on childhood obesity is questionable, and a more effective approach might be targeting parents.

Ancient skeleton is the earliest case of cancer yet detected

Researchers have discovered the earliest confirmed case of cancer in a young man who lived in ancient Egypt… Read more here.

Cancer has always been thought of as a modern disease, but this recent discovery shows that it is not as modern as people have previously thought. A skeleton dating back to about 1,200 BC has been found to have marks in the bone structure which would appear to be caused by cancer. Although cancer may have been about for thousands of years, it doesn’t mean that the prevalence of cancer today is not a result of modern lifestyles, we know that many diet and lifestyle choices significantly increase the risk of cancer.

A recent study published by the Journal of Neuroscience has found that when they replicated sleep cycles typical of that of night workers in mice, they lost 25% of the brain cells which are responsible for keeping the brain alert. The researchers admit that more research is needed to see if these effect will be the same in humans, and as our brains are much more complex than that of a mouse, so we don’t know if the negative effects will be more sever, less sever, or non-existent. However, this does show for the first time that sleep could have permanent damage on the brain. We already know that a disrupted sleep cycle can disrupt a whole host of biological systems, and this is just another reason for ensuring you get a good nights sleep. 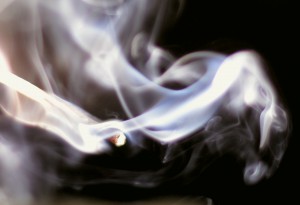 Smoking increases the risk of breast cancer in older women by almost a fifth, a study has found… Read more here.

We know that smoking increases the risk of a whole host of serious illnesses such as lung cancer and cardiovascular disease, but if this wasn’t enough of a reason to stop smoking, then it has also been found to increase the risk of breast cancer. Researchers from the American Cancer Society reported results showing a 24% higher rate of breast cancer among women who smoked, with an increased risk for those who started smoking when they were young.

There is no real surprise here, cigarettes contain so many toxins (many are know carcinogens), all of which are inhaled into the body. You can see a list of toxins found in cigarette smoke and what there do in the body here, and I wouldn’t be surprised if smoking gets linked to all cancers over the next few years.

Saturated fat does not cause heart disease: Study

Researchers from the University of Cambridge and the British Heart Foundation have found there is actually no evidence that confirms changing the type of fat you eat from “bad” saturated to “healthier” polyunsaturated cuts heart risk… Read more here.

Am I experiencing deja vu, or have we not seen an almost identical report made back in October last year? This isn’t really news, we have known this for years in fact, but it seems people are still stuck with the dated health dogma laid down decades ago. I guess we will continue to see these kind of stories coming out until this kind of information becomes mainstream. Hopefully this won’t be too long.

This is the second time that this therapy, known as MAGE-3, has not worked in trials. I find this story interesting not because it is a failed treatment, but because GSK have been very open about reporting their failings, which has actually reduced the value of the company. GSK have had a long history of manipulating or hiding their trial data, and recently there has been a concerted effort by many to ensure all data is available and have put pressure on companies like GSK to publish all data. By being so open about reporting their failings, it seems that GSK are making an effort.