This week we have seen claims made about the side effects of statins retracted, contradictory claims about the benefits of red wine/ chocolate and an increase in the amount...

This week we have seen claims made about the side effects of statins retracted, contradictory claims about the benefits of red wine/ chocolate and an increase in the amount of people diagnosed with coeliac disease. 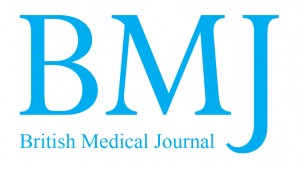 Two articles claiming cholesterol-reducing statins may be unsafe are to be investigated and could be retracted by the British Medical Journal… Read more here.

Statins have been big news recently. Currently 7 million people in the UK take statins to reduce the risk of cardiovascular disease, and some doctors are recommending that statins should be prescribed to people who are only at a mild risk of developing cardiovascular disease. Not too long ago 2 papers published in the British Medical Journal (BMJ) reviewed the side effects of statins, and showed that as much as 20% of statin users would suffer serious side effects. These papers made big news and caused scare amongst many people, but, these studies have been subject to a lot of criticism. The statistical analysis that the authors used was flawed, and the results were skewed, and this week the authors have retracted the reviews, admitting to the flaws.

Does this mean that statins are safe and people should readily be taking them? No, it just means that they are safer than these 2 papers claim. It is unfortunately very hard to judge just how safe statins are though, because there is billions of pounds in the statins business, and so there is a lot of interest in making them look beneficial with few side effects. We already know large pharmaceutical companies have been skewing their own data for years to show that their products are beneficial, so as far as I cat tell, both pro-statins companies and anti-statins campaigners are skewing data – making it very hard to make an informed decision. Although they do reduce the risk of cardiovascular disease, they are not addressing the cause of an increased risk of cardiovascular disease. I think that the cause should be addressed first, and if that doesn’t have a significant effect, then statins should be prescribed, especially as we know so much about the causes of cardiovascular disease, and how it can be easily combated through diet and exercise. 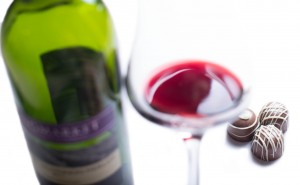 Researchers have found that the antioxidant resveratrol found in red wine, chocolate and grapes is not linked with longevity or the incidence of cardiovascular disease, cancer and inflammation… Read more here.

I’m sure that you will have heard the claim that red wine and chocolate are good for you and can increase your life span, but a recent study has claimed that these claims are false. The claims that they can increase life span revolve around an antioxidant called resveratrol, which is a phenolic compound unique to these foods. Although antioxidants have been linked to increasing longevity in animal studies, and it is likely that total antioxidant will help contribute to longevity in humans, a claim that one antioxidant can increase longevity is quite a big claim, especially as it is found in chocolate and wine – 2 foods which are associated with diabetes and cancer. This isn’t to say resveratrol isn’t healthy, I am sure that it will help protect the body against oxidative stress, but there are a seemingly infinite amount of other diet/ lifestyle/ genetic factors to consider, making it very unlikely that a small amount of resveratrol alone will make any significant benefit. 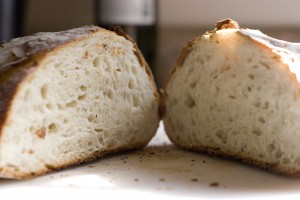 Study reveals a rise in cases of disease

The number of people with coeliac disease has risen by 4 fold in 20 years… Read more here.

Nottingham University has published some research saying that the number of people diagnosed with coeliac disease is on the rise, but this is due to better diagnosis rather than an increase in people developing the disease. Coeliac disease is an autoimmune disease triggered by gluten, a component of food which is found in grains such as wheat. The researches go on to say that although diagnosis in on the rise, there is still a vast number of people who are undiagnosed with coeliac disease. This is a big concern because if undiagnosed, coeliac disease can lead to serious ailments like bowel cancer and infertility. However, it is likely that many people will remain undiagnosed because it is possible for people to have coeliac disease without experiencing any symptoms at all! Common symptoms do include grey greasy stools, feeling fatigued regularly, and an inability to gain weight (particularly as a child). IF these sounds familiar to you, it might be a good idea to visit your doctor.