In this weeks health news: cancer costs the same as a mortgage, high sodium in drugs, plain cigarette packaging and link between cholesterol to breast cancer. Why cancer...

In this weeks health news: cancer costs the same as a mortgage, high sodium in drugs, plain cigarette packaging and link between cholesterol to breast cancer. 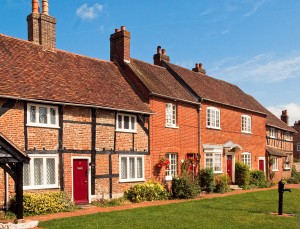 Why cancer costs as much as a mortgage (27th Nov)

A cancer diagnosis can cost an individual an average of £570 a month. This places a huge financial burden on patients and their families… Read full report here.

This £570 monthly bill is in the form of added transport costs, added heating bills, time off work etc. There is currently some support for cancer patients with regards to transport to hospitals etc, but in general much of these types of cost are covered by themselves and and their family. This added cost will put a strain on the family of the patient, and the patient themselves which will not help with their recovery, which is obviously something we want to avoid.

This being said, unlike other countries, the actual treatment is free in the UK  – it is usually all paid for through the NHS, and it is a hefty bill. This is not the case in all other countries, and so I don’t think the government should be demonised for not being able to cover all the costs. I know that financial strain on patients can cause stress and symptoms of depression, which will hinder recovery from cancer, but the situation could be a lot worse. I am sure that everyone would love to have all their bills covered, and not have to worry about the cost of anything when they are ill (or even well for that matter), but I just don’t think it is feasible as a country.

This reminds me of a fairly famous quote from Joel Salatin, who is an organic farmer in America:  “If you think organic food is expensive, have you priced cancer lately?’. The underlying meaning of which being: if you don’t pay a little more now to take care of your body, you are increasing your risk of developing cancer, which will take a bigger hit on your wallet. Taking care of yourself now will dramatically decrease your risk of developing cancer, and I think more people need to be aware of this.

I don’t want to sound heartless – I don’t want cancer to cause such a financial strain on people, but I don’t think this report is being completely fair. There is a lot of support for cancer patients, but as the country stands it is impossible to cover all costs. 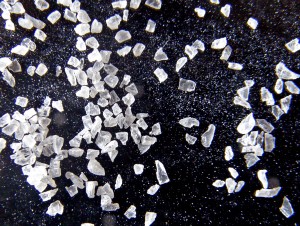 This recent study which was published in the British Medical Journal has shown that the amount of sodium that some people consume from tablets (mainly from  medication, but also some health supplements) is increasing their risk of cardiovascular disease. Sodium is used in many pills to help stabilize compounds, however, it is often released in the digestive system. Many people only think of salt as their only source of sodium, and so the sodium content of their medication often goes unnoticed. This research has highlighted the importance of being aware of everything that you ingest. 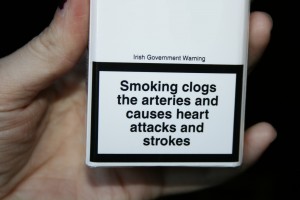 The government has announced an independent review of cigarette packaging in England, amid calls for action to discourage young smokers… Read more here.

The debate continues – will plain packaging on cigarettes reduce the amount of young smokers? We have already seen the graphic images fail to deter people from smoking, so will boring plain white packaging be any different? Dr Peter Mackereth has said that brightly-coloured  packaging was a form of ”silent advertising” for smoking, and so the plain packaging will stop this. Well, I am not convinced, personally, I think that the graphic images would be more off putting, but then again, I am not a marketing expert, perhaps the bright colours do somehow attract young people.

There is concern that this plain packaging would cause an influx of counterfeit cigarettes. It is much easier to replicate a plain package than a branded package, and these counterfeit cigarettes can contain anything (making them potentially worse for health) avoid taxes and fund crime. For this reason I think it is understandable that there is hesitance about bringing in this law without much solid data to support the benefits.

A by-product of cholesterol can fuel the deadly growth and spread of breast cancer, according to a group of scientists… Read more here.

A link between obesity and breast cancer has long been observed, but it is only now that an actual mechanism has been identified. A metabolite of cholesterol has been shown to mimic the action of oestrogen in the body, which can increase the risk of developing breast cancer. This news should not be seen as another reason to take statins, but rather another reason to lose weight and normalize cholesterol levels. It seems like statins make the news every week, and more and more people want to take them. People need to be aware that statins do have some very serious side effects, and should not been seen as a quick fix.

What are your thoughts about this weeks health news?