Breast cancer is becoming more and more common, especially with high profile celebrity cases reaching the public. This has caused a increase in people looking into the causes and...

Breast cancer is becoming more and more common, especially with high profile celebrity cases reaching the public. This has caused a increase in people looking into the causes and risk factors of breast cancer. This article will explore factors (both genetic and environmental) which affect the risk of breast cancer, and how precautions can be made to help avoid cancer.

What is Breast cancer?

Breast cancer cells, and in fact all cancer cells are ‘immortal’ cells which rapidly replicate. Cancer cells arise from the damaged DNA, which causes natural cell destruct (apoptosis) mechanisms to fail, DNA protection/ repair to fail, and cell replication mechanisms to be up-regulated. This results in cancer ‘pockets’ developing in a tissue, which can be identified by the feeling of a lump. This lump can disrupt the surrounding tissue, but the problems are only localized. If the cancer continues to develop then it may spread to other organs through out the body causing serious disruption. 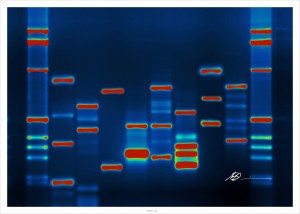 Genes are simply DNA sequences which code for a specific protein. The BRCA1 and BRCA2 genes are the most commonly associated with breast cancer, and these are genes which every human carries. These genes code for proteins which protect DNA from damage, and help repair DNA which has been damaged – preventing cancer cells developing. However, if these genes become damaged or mutated, the protective proteins cannot be made, and so DNA is not protected from damage.

Damage to BRCA1 and/or BRCA2 can increase a woman’s risk of developing breast cancer up to 80%, but does not mean you will automatically contract cancer. If you experience damage to these genes you may not develop cancer for many years (or possibly never), and so you will be unaware of this increased risk. However, these mutations can be passed onto offspring, which will mean any female offspring in particular will also have this predisposed increased risk of developing breast cancer as they mature.

Aside from inherited genetic mutation, there are other risk factors which can increase the risk of developing breast cancer:

Cosmetics contain a vast variety of artificial chemicals, many of which can be absorbed by the skin, and are released onto the market with very little research on their impact on health. It is only after these cosmetic ingredients are used for many years that concerns arise. Deodorants/ antiperspirants commonly contain aluminium based ingredients such as aluminium chloride and aluminium chlorohydrate, and these ingredients have now been are linked to causing DNA damage and increasing the risk of developing cancer. Research on these ingredients was only conducted after it was noticed that there was a rise in the number of breast cancer patients who had developed cancer in the upper quadrant of the breast (near the armpit), which is the area most exposed to deodorant sprays and their ingredients. These ingredients have also been shown to alter oestrogen receptors in the breast, which again, is associated with an increased risk of breast cancer.

There are a whole host of other ingredients used in the cosmetic industry which have raised cancer concerns, but the research is less extensive than that of aluminium based deodorants, with much controversy over many. It is recommended to avoid all artificial chemicals, use cosmetics sparingly and avoid all aluminium based ingredients.

As with all cancers, the risk of developing cancer is dramatically increased by the consumption of highly processed, artificial or fast foods. These foods are often devoid of nutrients (sometimes referred to as empty calories), which means that the body will not only be less able to protect against DNA damage from sources such as free radicals, but there will also be an increased number of free radicals in the body from the poor diet. This is easily counteracted by increasing the consumption of fresh and unprocessed foods, such as vegetables or unprocessed meats.

There is a lot of debate over the impact of isoflavones (which are very abundant in soya products) on breast cancer. These isoflavones mimic the action of oestrogen, and can bind to oestrogen receptors in the breast. There is some research to suggest that this can cause oestrogen sensitive cancer tissue to grow and develop faster. However, these results cannot be easily replicated, and there is no conclusive evidence to suggest that isoflavones will have any impact on a healthy individuals risk.

BRCA1 and BRCA2 genes are important genes in the protection against breast cancer. Damage or mutation to these genes can be inherited or developed as a result of lifestyle or environmental factors. If these genes are damaged, this risk of developing breast cancer can be increased by as much as 80%.

Philippa D. Darbre. (2013). Aluminium and breast cancer: Sources of exposure, tissue measurements and mechanisms of toxicological actions on breast biology. Journal of Inorganic Biochemistry. in press (in press), in press.