This week we have seen Coca-Cola launch a free fitness marketing campaign,  more debate over e-cigarettes, more findings linking light at night to obesity, and possible plans to prescribe... 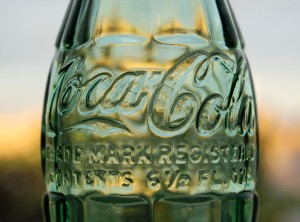 Coca-Cola have really been trying to get on board with promoting health. They signed the Department of Health’s ‘Responsibility Deal Calorie Reduction’ pledge, reduced the sugar in Sprite, and are now investing large amounts of money to try and get people active, in an attempt to combat obesity. To me this is very reminiscent of McDonald’s introduction of fruit portions and ‘healthy’ alternatives to their classic cheese burgers and Big Mac’s. It isn’t addressing the problem, which is cheap and easily available unhealthy food, but what it does do, is make it look like the company is making an effort. Its a clever marketing ploy. It diverts attention away from the all the negative health messages about their products, and draws attention to these planned activities (which I don’t doubt with be covered with Coca-Cola adverts and even drinks). This is just another way for Coca-Cola to promote their Coke Zero, by associating it with combating obesity and weight loss. The fact that sugary drinks like classic Coke is bad for us is well known, its link to diabetes and obesity is undeniable, which might be why Coca-Cola are promoting their zero calorie drink more, because the health impacts are more subtle, and less in the public eye, for now… 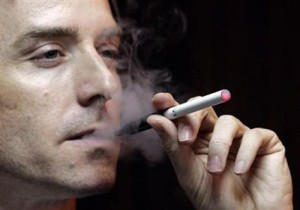 A letter signed by more than 50 researchers and public health specialists is urging the World Health Organization (WHO) to “resist the urge to control and suppress e-cigarettes”… Read more here.

The e-cigarette debate continues. The World Health Organization (WHO) is being urged not to regulate e-cigarettes by a number of people, but fortunately, the WHO are standing their ground by saying that they still need to weigh the positives and negatives before they make a decision. The truth is, e-cigarettes are very new, and their long term health implications are unknown. Yes, they may be able to help people to quit, which could theoretically save many lives, but there is also evidence to show that children, who have never smoked before, are smoking e-cigarettes – this should not be allowed to happen.

I blogged about my views on e-cigarettes 7 months ago, and they haven’t changed – they can be a useful tool for quitting smoking, but shouldn’t be seen as an alternative. Possibly they could be made available through the NHS through stop smoking campaigns, but I do think that they need to be more regulated until further research is done.

Sleeping in a room with too much light has been linked to an increased risk of piling on the pounds, a study shows… Read more here.

This news article simply explains how a large study (113,000 participants) have found more evidence linking light at night with poor sleep. These finding aren’t new, but do serve to solidify what we already know. We know that disrupting sleep can disrupt your circadian rhythm (body clock), which can cause irregular/ disrupted sleep patterns, which can disrupt a number of biological systems, including the regulation of appetite. In short, if you don’t regularly sleep correctly, your body gets unsynchronized, and can think it is hungry when it doesn’t actually need food. I always say you should listen to your body, but if you don’t sleep normally, maybe you shouldn’t listen to it. 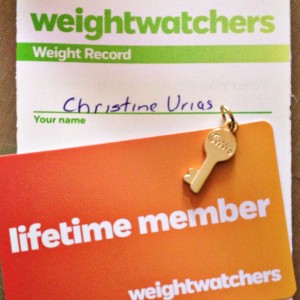 The National Institute For Clinical Excellence has told GPs to prescribe slimming clubs for overweight or obese patients, paid for by the NHS… Read more here.

This story was all over the news this week, and it is something which really grinds my gears I’m afraid, so this is an opportunity for a bit of a rant on my part.

In the majority of cases, obesity is a result of lifestyle choices; sure, there are some very clever marketing strategies which companies employ to make eating unhealthy foods easier, but generally speaking, it is a choice. I’m sure most overweight people will chose to spend £15 on a take-a-way a week rather than a gym membership, or a pair of running trainers, and the same people will probably spend 25 hours a week watching TV, but it’s their choice.

Then there are those who chose to buy a gym membership, eat healthy foods and keep healthy; again this is their choice to spend their time and money this way. I don’t see it as being very fair if the overweight people now have fitness given to them on the NHS, when many people have to spend their own money on keeping themselves fit. Perhaps if I start eating pizzas and Indian food every week the NHS will buy me those Vibram 5-fingers that I have always wanted. I can see that possibly in the long run it could save the NHS money, as it could reduce the amount of people who need their stomach stapled, but I can’t help but feel all the people who try and keep fit have gotten the sort straw here. Am I being too cynical? Do you think fitness should be free for overweight people?