Healthy fats are essential for maintaining a healthy lifestyle, and we are told that both olive oil and coconut oil are sources of healthy fats, but are very different...

Healthy fats are essential for maintaining a healthy lifestyle, and we are told that both olive oil and coconut oil are sources of healthy fats, but are very different in their composition of fats meaning they are both important.  This article will explain the differences between coconut oil and olive oil, the the advantages of each, and where is best to use each one in food preparation to benefit the most from them. Throughout this article it is assumed that both oils are cold processed, and that the fats are not damaged. Who will win in coconut oil vs olive oil? 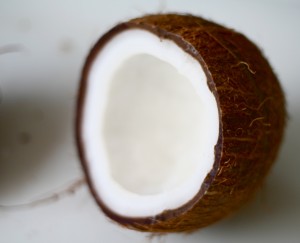 Coconut oil – The saturated fats in coconut oil is medium chain triglycerides (MCTs). MCTs are a fantastic source of sustained energy, and the body prefers to use MCTs a source of energy instead of converting them into body fat. The advantage of this is that there is no energy slump from the consumption of coconut oil, as MCTs do not trigger an insulin response (unlike carbohydrates). These triglycerides are well known for their benefit to the cardiovascular system, and are able to prevent atherosclerosis (hardening and narrowing of the artery wall) and reduce platelet aggregation (which can cause heart attacks and blood clots). MCTs have also been shown to lower LDL cholesterol, which is linked to cardiovascular disease, and some studies have shown it can raise HDL cholesterol (which is considered to be ‘good cholesterol’). There is also large amount of evidence to show that coconut oil can strengthen your immune system, and aid with weight loss by stimulating thermogenic activity similar to that of green tea. 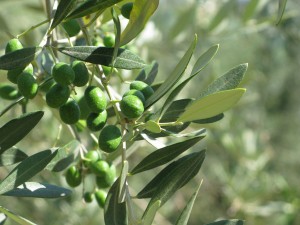 Olive oil – Monounsaturated fats (MUFAs) are well researched and known for their powerful protective effects on the cardiovascular system, and their ability to protect against cardiovascular disease is considered to be greater than that of the MCTs found in coconut oil. MUFAs have also shown an ability to help reduce inflammation via a number of pathways, which can help with joint pain and redness. However, the anti-inflammatory properties of MUFAs are less than that of other natural anti-inflammatories such as curcumin, but operates via different pathways, so would be a beneficial accompaniment. There is also emerging evidence that MUFAs (especially those found in olive oil) can help protect against the development of type 2 diabeties, and can also help diabetics regulate their blood sugar.

When exposed to high temperatures many nutrients will react with the oxygen present in the air; becoming oxidized and toxic to the body. Saturated fats are much more stable and resistant to oxidative damage at high temperatures, whereas monounsaturated or polyunsaturated are more vulnerable to oxidative damage. This means that coconut oil is a better choice than olive oil for cooking/ frying with, but olive oil is suitable as a salad dressing.

In the battle of coconut oil vs olive oil, both contain very different fats, but are both extremely beneficial and healthy for different reasons. Coconut oil will support the immune system, and is a better substitute for carbohydrate calories than olive oil, as it is readily converted into energy. Olive oil is offers better protection to the cardiovascular system, and can aid with reducing inflammation. Both oils will help the reducing the risk of diabetes, as olive oil can aid with blood sugar control, and coconut oil is a fantastic energy source which give no insulin response. To ensure you get the most benefits from both oils, only coconut oil should be used for cooking, and olive oil should be used as a dressing.