The cost of Obesity (UK)

According to The Office of National Statistics, as of the mid 2012 the UK population was 63.7 million, so we are probably looking at about 64 million as we... 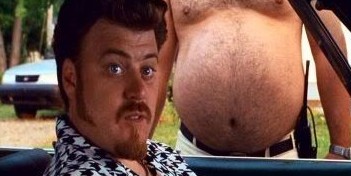 According to The Office of National Statistics, as of the mid 2012 the UK population was 63.7 million, so we are probably looking at about 64 million as we near the end of 2013. In April 2013 it was estimated that the direct cost of obesity to the NHS was £4.2billion. This is the cost of medical staff, equipment and medicine etc. The indirect cost of obesity are thought to amount to a further £15.8 billion, totaling a massive £19billion (£19,000,000,000) a year!

Approximately 40 million of the UK population is of working age (the rest being children or retired), and as the NHS is funded by tax payers (which I am not against by the way) this means that:

The cost of obesity for each working individual in the UK is (on average) £475 a year.

It is a big bill, and it is growing problem in every sense of the word. If you think being £475 out of pocket a year is bad,  obesity will be such a big health problem by the year 2050 this figure is expected to double, which will either cripple the NHS beyond recovery, cripple your income, or both.

However you look at it, obesity is not just taking a toll on our health, it is taking a toll on our pockets too, and unless things change, will continue to do so. It is literally mind boggling that in a nation that is so aware of the dangers of obesity, people don’t seem to care. Health really is a “gift which is not appreciated until it is gone”, and when health is gone, it is very hard to take back. Obesity is a chronic ‘disease’, but unlike cancer, we know the cause, we know the cure, and we can prevent it; yet, for some crazy reason which I cannot fathom, very few do take measures to avoid it.

Why, when obesity costs us all so much, and causes so many health problems, do so few people take steps to prevent it?