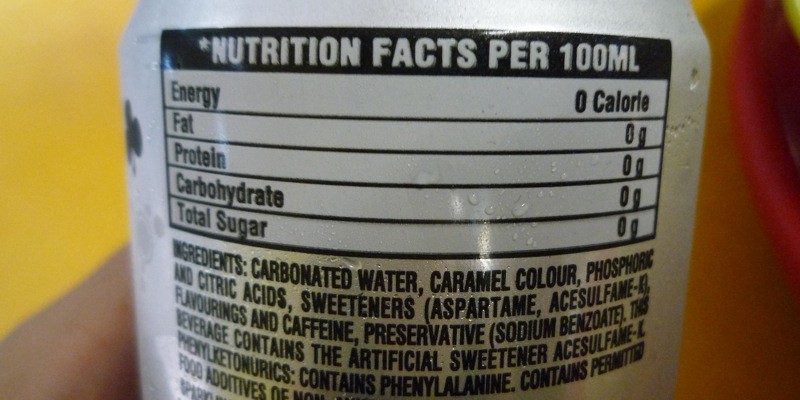 Do Low Calorie Drinks Help Weight Loss, & Are They A Healthy Alternative?

Over the last few years low or zero calorie drinks have become very popular, and are advertised as helping consumers lose weight and a healthy alternative to their high...
by Craig Elding June 6, 2013

Over the last few years low or zero calorie drinks have become very popular, and are advertised as helping consumers lose weight and a healthy alternative to their high sugar counter-parts. On the surface, and from many popular health messages, these claims make a lot of sense – they have no sugar and no/very few calories, all of which we are told are good for us. This article will explore how these low/ zero calorie drinks interact with our body, if they are healthy or not and if low calorie drinks help weight loss.

We know that sugar is bad for our health, it spikes insulin levels which increases the risk of developing type 2 diabetes, stimulates fat cell production, causes damage to teeth, suppresses the immune system and has very little nutritional benefit which means it is often referred to as ’empty calories’. However, humans typically love the taste of sugar, and so calorie free sweet chemicals have been produced as an alternative to sugar to add to drinks, which reduces the calories. These chemicals are structurally similar to glucose/ fructose, and fit into our sweet tasting receptors on the tongue, but as they are not a true sugar molecules, our body cannot produce energy from them. Common sugar alternatives (or sweeteners) are aspartame, acesulfame potassium and sucralose (splenda).

Aspartame – Approximately 200 times sweeter than sucrose, only small amounts of aspartame are needed to be added to sugar free drinks. A number of clinical studies have demonstrated that aspartame is safe to consume by humans. There is concern over how reliable this data is as many of these studies have been conducted by, or sponsored by, companies which produce aspartame. The long term health implications of aspartame are still unknown, and there is a large amount of concern that aspartame can damage nerves, and can damage the brain in particular. These claims are not supported by any specific studies, but certain aspartame metabolites are linked to similar health risks. As the long term health effects of aspartame are unknown, consumption should not be regular.

Acesulfame potassium (ace-k)- This sweetener is also approximately 200 time sweeter than sucrose, and is commonly used alongside aspartame in drinks. Although officially safe for human consumption there is much more controversy of its health effects. Animal studies have demonstrated that consumption of acesulfame potassium greatly increases the risk of developing cancer, specifically in males. It has also been shown to stimulate an insulin response in rats, similar to that of sugar, which may pose a risk of developing diabetes. It is widely accepted among health professionals that more research is needed on acesulfame potassium to determine its long term effects on human consumption.

Sucralose – This is one of the most common sweeteners used, and it is up to 700 times sweeter than sucrose.  Chemically, it is extremely stable, and is able to withstand high temperatures and changes in pH, which makes it popular in the food industry. It is thought to have been produced accidentally whilst trying to develop a pesticide, and during the testing period the words ‘test’ and ‘taste’ were confused, resulting in someone tasting the substance as opposed to testing – fortunately it tasted sweet.
Sucralose is one of the most controversial sweeteners because the studies showing its safety are conducted by its manufacturers, and independent studies have been either bought out, or are too small to have any significance; there are also no studies investigating its long term health implications. Animal studies have suggested that sucralose can alter our gut pH, reduce our probiotics and increase the amount of certain enzymes in our liver which indicate toxins. There is also a large amount of concern over sucraloses potential to increasing the risk of developing cancer – but there is no conclusive clinical evidence to support this.

Historically, when we taste something sweet we get a boost in energy, as the only sweet tasting substances (until recently) were sugars which our body can quickly convert to energy. This expectation is ‘programmed’ into our genetics, and so when we taste sweetness, but receive no energy, our brain craves sugar. This leads us to seeking out high sugar snacks, almost unconsciously, and it has been shown that 15 minuets after consuming a zero calorie drink people get a sugary snack (such as a chocolate bar), and don’t even recall doing it. This demonstrates that zero calorie drink may not help weight loss at all, despite the fact that they themselves do not contain any calories.

The 3 main sweeteners used in low calorie/zero calorie drinks are all officially safe for human consumption, but it is important to remember that the safety studies are largely conducted by companies which produce the products and so there may be publication bias. There are also no studies investigating the long term effects of these sweeteners on your health. Consumption of these sweeteners should be limited, as infrequent consumption of small quantities are unlikely to have a negative impact on your health. Until more conclusive independent trials have been conducted, and reviewed by organizations such as the Cochrane organization, it is not recommended to regularly consume any of these sweeteners.
We do know that sweeteners are unlikely to aid with weight loss, as the sweet taste stimulate sugar cravings which results in secret snacking. Water, teas and moderate amounts of coffee are much more healthier alternatives.