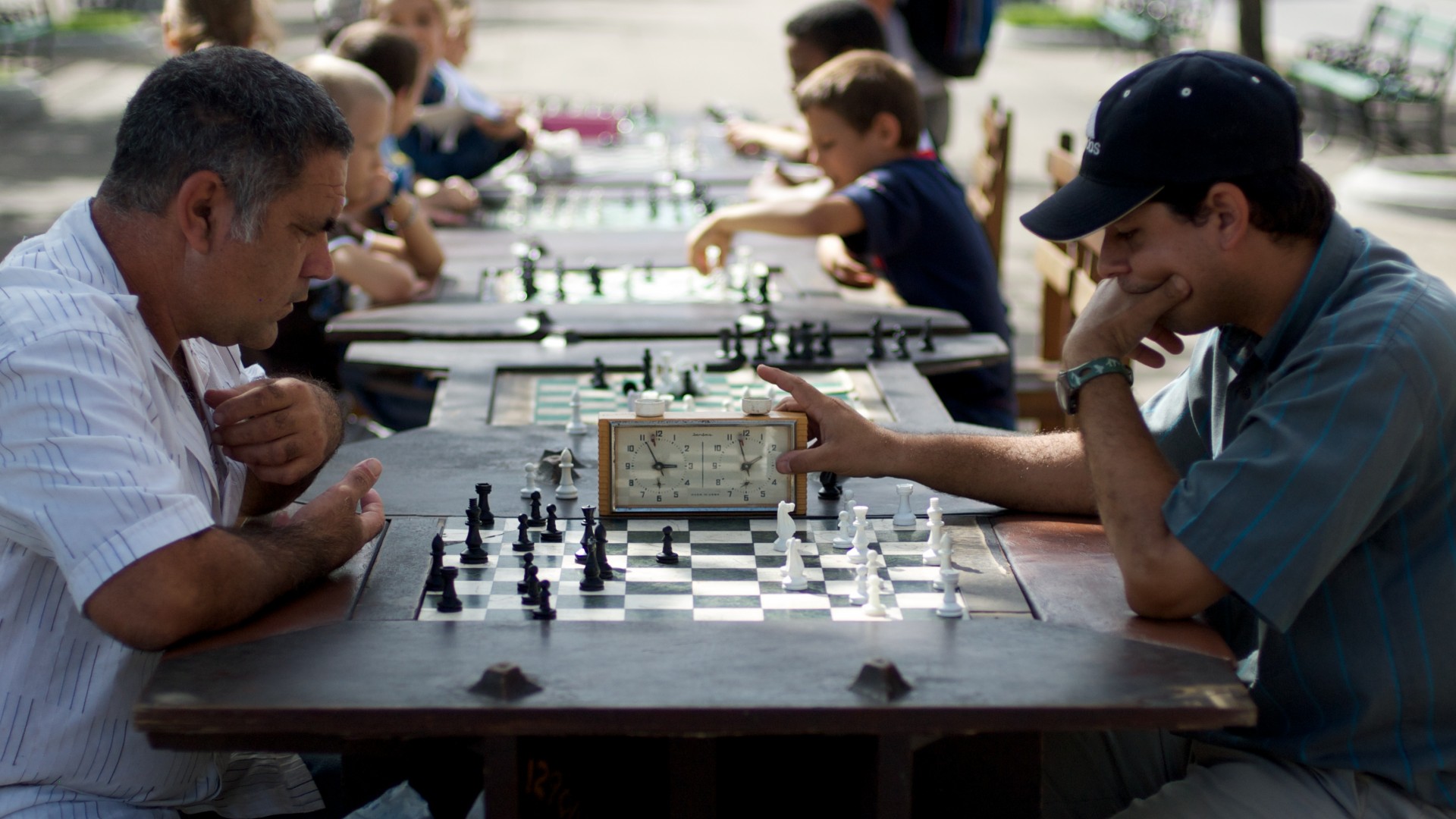 Nootropics – What are they, and do they work?

The term ‘nootropic’ refers to anything consumable which enhances brain function, weather it be intelligence, memory or alertness. This is quite a broad definition, and can cover anything from...
by Craig Elding February 25, 2014

The term ‘nootropic’ refers to anything consumable which enhances brain function, weather it be intelligence, memory or alertness. This is quite a broad definition, and can cover anything from special foods, to pharmaceuticals. This section of the health industry is growing rapidly, because everyone wants a quick fix to increase their intelligence, or improve their memory; but is it possible to take a pill which can boost your brain function? This article will explore current nootropics, investigate how they work, and if there is any clinical evidence supporting them.

Eggs & beef liver – These foods are very high in a nutrient called choline, which is often found in vitamin B complexes. Choline has long been associated with brain function, particularly memory, and is needed to create a neurotransmitter in the brain called acetyl-choline. If the body is deficient of this neurotransmitter it can cause slightly impaired brain function as well as other symptoms such as insomnia, which can be rectified by increasing dietary choline (either by diet or supplementation).

Animal studies have shown that supplementation of choline to a breast feeding mother resulted in the young having consistently higher brain function than those who did not receive a high choline diet, and this heightened brain function lasted into old age. It would seem that when the brain is still in early stages of development, high levels of choline can help to develop the hippocampus,1,2 which is the memory center of the brain, which increases brain function. This has only been demonstrated in rats, and whether the same benefits can be seen in adults which fully developed brains is unconfirmed.

Although choline is needed for brain function, and may be able to restore brain function in adults who have choline deficiency, it has not been shown to enhance brain function beyond the natural potential of adults. In new-born babies, whose brain is still developing, choline rich diets may help to enhance the memory potential, but this has only demonstrated in animals. 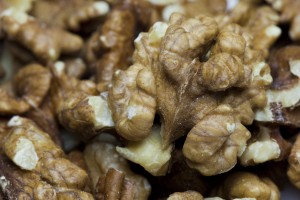 Walnuts – Walnuts, like most nuts, are high in a number of neuroprotective compounds such as vitamin E, melatonin, several polyphenols as well as a significant amount of α-linolenic (the omega-3 fatty acid found in plants). The combination of these nutrients may explain why walnuts have demonstrated nootropic properties. In a small study with normal healthy adults, consuming walnuts regularly increased the inferential reasoning of participants by approximately 11%3, which is a significant improvement. Inferential reasoning is “the ability to form relationships between items or events that were not experienced together,” and involves using past experiences to help solve new problems4. Although this seems to be related to memory, and does involve the hippocampus, there was no detectable improvement to mood, non-verbal reasoning or memory with the walnut supplement diet.

Ginger – Many plants, particularly herbs, contain nutrients which are unique to them, and often have interesting biological interactions. Ginger, is the only source of a unique group of polyhenols called gingerols which are strong antioxidants, and so can offer the brain protection against oxidative stress. A small double-blind placebo study involving 60 middle aged women showed that supplementation of ginger enhanced the working memory of the group who took ginger5. Other antioxidants are not associated with the same memory enhancement though, so it would seem that there are other benefits of gingerols which give it nootropic effects.

Fish oils & omega-3 – Fish oil omega-3 fatty acids include EPA and DHA, which cannot be directly be obtained from plants. Both EPA and DHA are major fatty acids in neuron membrane, and are associated with enhanced memory. It is widely accepted that there fatty acids are needed for brain function, but the nootropic (brain enhancement) properties are less certain. Although there is much more research on fish oils and their nootropic properties for humans than other foods, the findings are inconsistent6. Animal studies have been much more consistent in with results, and have shown that fish oil derived omega-3 fatty acids do have nootropic effects. More conclusive human trial are needed to confirm this, and for the time being we can only conclusively say that EPA and DHA are essential for normal brain function, and may offer nootropic benefits.

Coffee, caffeine and other stimulants – Due to the well known stimulating effect of caffeine and other similar compounds they are often considered to be nootropics as they enhance alertness. However, they do not provide any long term benefits, nor have they shown to posses any memory enhancing properties.

Nootropic supplements – scam or not?

Nootropic supplements should be approached with caution, as the supplement industry is not well regulated and so it vulnerable to pseudo-science and exaggeration. With many nootropic supplements terms such as ‘extremely effective’ are merely marketing tools, and should not be taken literally. Nootropic supplements, at best, will have a marginal impact on memory and brain function, and may not even be noticeable by the user outside of controlled testing conditions.

Bellow is a list of common ingredients found in nootropic supplements:

Ginkgo biloba – This herb has been historically used as a brain enhancer, and is often thought to help protect against Alzheimer’s disease. As a result if this, it is found in a number of nootropic supplements, however, there is no scientific evidence supporting this, and current research suggests that it is not effective, particularly with regards to protection against Alzheimer’s disease7, 8. Ginkgo biloba is the most common herb, but other lesser known herbs have can also been found in nootropic supplements, many of which have no more than anecdotal evidence.

ALA – This is a plant derived omega-3 fatty acids. The body is able to convert this into EPA and DHA which are essential for the brain, and these are discussed above in fish oils & omega-3.

Various B-vitamins (a list of these vitamins, with their names can be found here) – These are required for a number of biological functions, including proper nerve function, and in high dosages they do have stimulating effects similar to caffeine. There is no evidence to suggest that they have memory enhancing properties though. It is possible that high quantities of B vitamins are added to these products to give that stimulating effect, which some people may interpret as the product working.

Chloline – This nutrient is very popular in nootropic supplements, and is discussed above in eggs & beef liver.

The most well known and tested nootropic drug is called piracetam, but is manufactured under a number of different brand names. The mechanism by which piracetam works is unknown, but research has shown that it does modulate a number of neurotransmitters in the brain. A number of studies have shown that it may enhance memory and can also help improve dyslexia and protect against brain damage. However, as with all pharmaceuticals, particularly ones which are not well understood, use should be avoided unless absolutely necessary.

Nootropics is a very complex and poorly researched area of nutritional science. There is limited research which suggests a number of foods/ nutrients can improve brain function, and these include eggs, nuts, fish oils and ginger, however, this research is not conclusive, and the mecahnism by which they work is largely unknown. It is still possible that the benefits observed are simply a result of improvements in diet which enhance brain function rather than specific nootropic properties of nutrients. Much more research is needed in this area for conclusive results.

The benefits of nootropic supplements are often over exaggerated and should not be taken literally, and although they may contain some potential nootropic nutrients such as choline, their benefits will only likely mild at best.