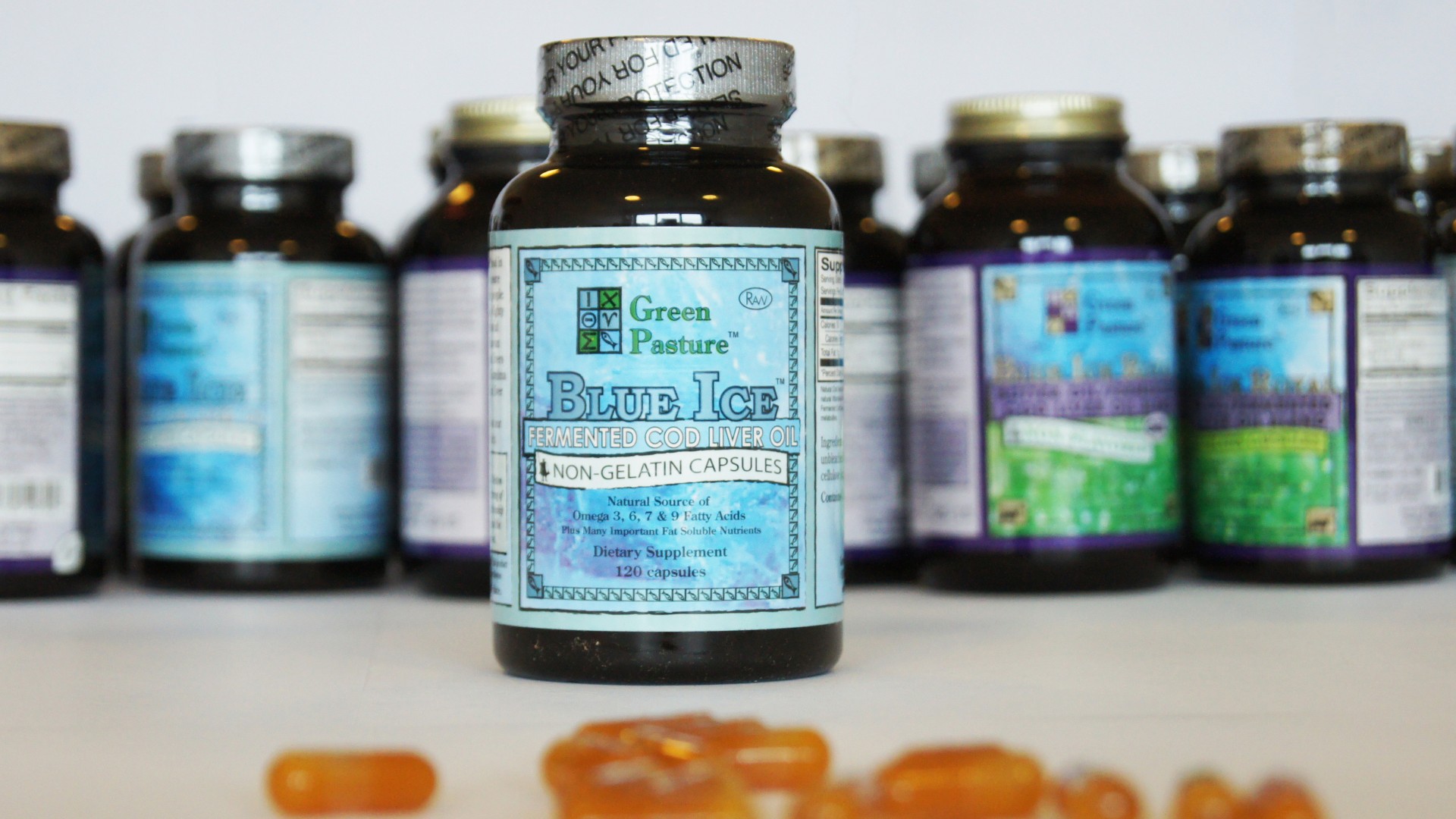 Following the recent publication by Dr. Kaayla there has been a lot of speculation and half truth being spread around the internet. All of this has convoluted and twisted the issue at...
by Craig Elding October 7, 2015

Following the recent publication by Dr. Kaayla there has been a lot of speculation and half truth being spread around the internet. All of this has convoluted and twisted the issue at hand, which is the quality and authenticity of Green Pastures FCLO. Dr. Kaayla’s conclusions are a far stretch from what her lab reports show, and I think this has compounded the issue of confusion. In addition to this, people have pointed out that some very influential people have clear political motives which may influence how they interpret the results. People feel very strongly on both sides of this debate, so the aim of this article is to compile and discuss these arguments objectively to try and find where we stand with fermented cod liver oil. I have not been involved in the WAPF in any context before, and do not frequent the prominent bloggers from that community. I have no allegiances to anyone, and I feel that this gives me an impartial view to the situation. All I want to do is provide healthy information and products to our customers in the UK.

So, with this in mind, lets have a look at the facts of the matter, and put the politics to one side.

The labelling of FCLO seems to be the biggest concern. Many people believed that Green Pastures used Atlantic cod, when in fact they were found to use Alaskan pollock in at least one product. I’ve gone into the scientific relationship of Alaskan pollock and cod here, so I won’t touch on that again, rather I’ll look at the legal definitions of the two.

The FDA are also unclear on what is classed as an ingredient on the label of a cod liver oil supplement. Their guidelines state that “the term “ingredient” refers to the compounds used in the manufacture of a dietary supplement“1. With ingredients such as calcium carbonate, this is very easily labelled as calcium carbonate because there is no other way to label it. It is less clear when it comes to cod liver oil, and the FDA offers no specifics as to what information is needed on the label. The FDA go as far as to say that allergens (which include cod) must be on the label, but again fail to define what they mean by cod in this context. In biology, the name ‘cod’ is the name for a number of fish which belong in the cod (Gadus) genus, so is simply saying the product contains Gadus sufficient? Perhaps not, but these guidelines can easily be interpreted as such.

The Joint Food and Agriculture Organization of the United Nations and World Health Organization define cod liver oil as “derived from the liver of wild cod, Gadus morhua L and other species of Gadidae”. Alaskan pollock does belongs to the Gadidae family, and even the Gadus (cod) family, so by this definition Green Pastures have not mislabelled their product.

If you look at other brands of cod liver oil, none of them mention the specific species that they use in their oil, and it has been pointed out numerous times that most manufacturers will use a blend of oils from many fish in the Gadidae family. With this being the case (just look at the labels on other brands), it suggests that the FDA regulations for ‘cod’ do not extend to ‘cod liver oil’, otherwise all cod liver oil brands and manufacturers are breaking the law. With this in mind, I see no reason to pressure Green Pastures to name the species of cod they use.

If FCLO is labelled illegally, so are all other cod liver oil brands.

This being said, Green Pastures have responded to the concern and changed their label to mention the specific species they are using. It looks like Green Pastures next batch will contain Pacific cod (which, incidentally, is less closely related to Atlantic cod than Alaskan pollock). This will make Green Pastures label the most specific of all cod liver oil brands I’ve looked at.

David Gumpet and others have accused Green Pastures of using legalese in their recent posts about sourcing of their cod, specifically the phrases “We currently do not import livers” and “as noted on the label we are using Gadus macrocephalus (Pacific cod) as this was in excellent supply in the past year.”

The phrasing does suggest other species of cod and other sources of cod livers may be used. This is standard practice for most companies – if one source fails you for whatever reason, you find another one which matches your criteria. You can’t just close down your company because your source can no longer supply you. It is hardly legalese, but because recently many individuals have been interpreting information on the Green Pastures website wrongly, they do seem to have chosen their wording carefully.

The wording and reason for the choice of words is open to speculation and interpretation of course, but it does not show that Green Pastures are using inferior fish. All we can take from these phrases is that they may use different sources for their fish, which isn’t doing anything wrong.

The trans-fat that Dr. Kaayla found in a sample of fermented cod liver oil raised a lot of concern, particularity the speculation that it was from vegetable oil. Speculation like this serves to achieve nothing but scaremongering, which is exactly what it achieved. Equally, the trans-fats could be a result of bacterial hydrogenation from the fermentation process. Indeed, trans-fats can be produced by bacteria fermentation in anaerobic conditions2. Bacterial hydrogenation is actually a more plausible possibility than the addition of vegetable oils when you consider the nature of the product.

In addition to this, we know that trans-fats are found throughout nature in cheese, milk and meat – so it doesn’t automatically indicate artificial tampering with the product. The much praised conjugated linoleic acid is a trans-fat, and is higher in the nutritionally superior grass-fed beef than conventional farmed beef. This shows not all trans-fats are a results of hydrogenated vegetable oils – some can be produced naturally and can even be healthy.

To accuse Green Pastures of tampering with their product based on one lab result is a serious accusation, and doesn’t take into account any other causes or variables. Yes, it raises questions, but perhaps not as many as you initially would think when you give it some thought. Before judgement on this is made, I think it only fair to hear both sides of the story.

After Green Pastures announcement that their oil will be from Pacific cod, there was concern that the product would be radioactive as a result of the Fukushima nuclear disaster. This concern has been nicely cleared up by Randy Hartnell, owner of the seafood production company Vital Choice, who has tested seafood from the Pacific for radiation several times (view them here). These results have found no concerning amount of radiation. Randy Hartnell has spoken out against Green Pastures on Dr. Kaayla’s blog and has no reason to support their product (other than the fact they are sourced in similar waters). I believe that this is sufficient evidence to suggest that FCLO has no risk of causing radiation poisoning.

This is an illogical and unfounded conclusion to make, and has resulted in unfair accusations to be made.

On a Personal note, it seems extremely odd for a Doctor to be so naive as to take so much cod liver oil for such a long period of time and think it to be healthy. The devil of everything you eat is in the dosage, and too much of anything, even water, will cause health problems.

Rancidity is a big issue when it comes to fermented cod liver oil. Green Pastures have recently had their products tested as Midwest Laboratories for many rancidity biomarkers, and they have come back negative. Dr. Kaayla’s results came back negative/ inconclusive, and so there is no science showing fermented cod liver oil is rancid. This means that accusations of such are not founded by evidence, but rather opinion.

There really isn’t enough evidence to accuse Green Pastures of fraud. Yes, there are some questions which still need answering, namely the presence of trans-fats, but there is nothing to suggest that they are from vegetable oils.

If there is any evidence that I’ve missed, please do let me know in the comments – I’d love to look at it and will update the article accordingly.