This week we have seen an investigation into food marketing, a planned improvement for school lunches, an ambitious plan to reduce sugar consumption, and (again) e-cigarettes. Food labels...

This week we have seen an investigation into food marketing, a planned improvement for school lunches, an ambitious plan to reduce sugar consumption, and (again) e-cigarettes. 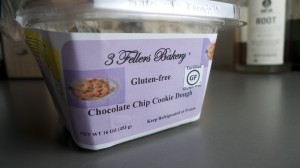 Food labels such as ‘organic’, ‘gluten-free’ or ‘antioxidant’ mislead shoppers into thinking they are eating well, study warns.

Researchers found health-related buzzwords – such as ‘antioxidant,’ ‘gluten-free’ and ‘wholegrain’ – lull shoppers into thinking products labelled with these words are healthier than they actually are… Read more here.

This news article outlines a recent bit of research on food labelling and how misleading it can be. It is no secret that manufacturers of unhealthy food products are known to employ cunning marketing tactics to encourage people to buy their products, and this is just another one of those marketing methods, but it was surprising to see how much of an effect this had on some people.

I’m sure most people are very familiar with the typical nutritional label on most products, which are designed to help people make healthy and informed decisions about the food they eat. It would appear that most people are not very good at reading these labels though, and instead people tend to just scan for various healthy buzz words such as ‘organic’ and ‘antioxidant’, and tend to make decisions based on these words. Simply by putting the world ‘antioxidant’ on a can of fizzy drink gave participants in the study the impression that it was a healthy choice, even though everyone knows it is very high in sugar and isn’t healthy at all. In fact people are so bad at understanding nutritional labels, 20% of participants said that Spam was healthier than salmon…

Are you one of these people who just look out for buzz words on a product label? Do you drink ‘vitamin water’ or ‘diet coke’ because they contain words associated with health? If you are, have a good look at the label of the product. How much sugar does it contain? Is it packed full of artificial sweeteners? If so you are probably a victim of health buzz word marketing. As a rule of thumb, if it isn’t natural – don’t eat/ drink it. 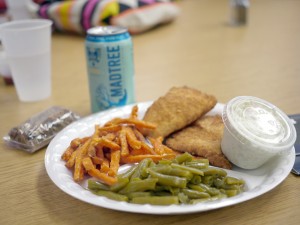 School meals in England will have to include at least one portion of vegetables a day – and no more than two portions of fried food each week… Read more here.

Unhealthy meals of off the menu at schools! Well mostly, and not until 2015, but it is still a start. The new health plan includes 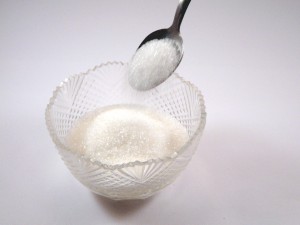 Dentists are calling for a dramatic reduction of around 75 per cent in daily sugar consumption to save the nation’s teeth… Read more here.

Its calls for dramatic action like this that I really do like to see in the news – a group of dentist want the government to force food manufacturers to reduce sugar content. To back up their argument they quote some figures like ‘tooth decay accounts for 6-10% of all health costs’, suggesting that reducing sugar will reduce the strain on the NHS. Being dentists, they don’t mention the vast amount of other health benefits that reducing sugar will do for the body, but needless to say, reducing sugar is a healthy move for more reasons that just avoiding tooth decay.

To put the reduction of sugar into perspective – 4 teaspoons of sugar is about 2 digestive biscuits, so in the scheme of things it isn’t much (although many health gurus will still say it is too much).

Unsurprisingly this has come up against some strong opposition from the food industry who have been quoted saying “sugar is natural source of calories”. Whilst it is probably true that naturally occurring sugars are a natural source of calories, I don’t think the quantity found in a can of Coke can be considered natural at all. In fact, reducing sugar in high sugar foods is much closer to being natural.

Sad to say, but this dramatic reduction in sugar is very unlikely to happen. The food industry is far too powerful, and I’m not really sure the government would be able to enforce this kind of thing anyway. Even if this was to happen, the food industry is very clever at finding alternatives, and will probably just replace the sugar with a variety of sweeteners, which are associated with their own health issues – so it might not be as healthy an idea as I would have liked (although it would probably reduce tooth decay). 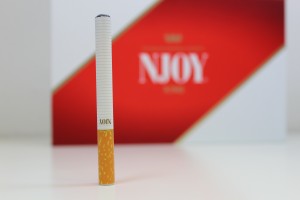 Markets are flooded with flavours such as bubble gum, strawberry milkshake, and gummy bears, and 11 and 12-year-olds have been buying them… Read more here.

E-cigarettes are defiantly a controversial topic to be writing about. Last time e-cigarettes were in the news and I supported a move for more regulation there was an uproar! Oddly, many people didn’t actually seem to understand (or didn’t read) my reasons for regulation, so I explained them in greater detail, to which very few people actually replied for one reason or another. I still stand by my reasons for wanting them to be more regulated, and this story give more evidence to suggests that children are taking up e-cigarettes (which is one of my primary concerns). There is also a number of physicians who have appealed to the World Health Organisation to have them regulated. This comes after 50 experts appealed to the WHO not to regulate them. Needless to say, there are very strong opinions on both sides of this argument.