Unfavourable cholesterol levels are a sign of poor cardiovascular health, and is a growing concern in the UK as well as a number of other countries. Despite growing awareness of the dangers of poor cardiovascular health, it is still one of the main causes of death in the UK, being responsible for over 74,000 deaths a year, and is thought to cost the UK almost £20 billion in treatment. With the growing incidence of cardiovascular disease, more and more people are turning to the use of statins as a fail safe, but statins, like most medication, are associated with a number of side effects, and do not address the cause of the problem.

It is therefore still recommended to protect your cardiovascular system through diet/ lifestyle changes first, and only resort to statins as a last resort. This article will outline main dietary changes you can make to improve your cardiovascular health, and lower cholesterol.

Cholesterol is often over simplified in the media as being just one molecule which is bad for our health. In reality, cholesterol is an important part of our body, and is responsible for maintaining our cell structure as well as a number of other roles. It is the relative abundance in our body which can cause concern, and this is measured by the presence of the molecules which carry cholesterol – HDL (good) and LDL (bad).

HDL is responsible for carrying cholesterol away from our organs to the liver, which will increase flexibility in our tissues (such as veins and arteries). LDL fulfils the opposite role, and is responsible for carrying cholesterol to our organs, which will make tissues more rigid. The ratio of these two carrier molecules is an indication to poor cardiovascular health – high LDL and low HDL shows indicates an increased risk of developing cardiovascular disease. This is because the increased rigidity of blood vessels causes an increase in blood pressure and makes them more likely to rupture under pressure.

Foods which can help reduce cholesterol

Bellow are the main foods which have been shown to help lower cholesterol and help protect the cardiovascular system.

High fibre foods3 –  Any food high in fibre such as vegetables or oats well help the body eliminate excess cholesterol from its system. This works by binding excreted cholesterol in the stool, which prevents re-absorption.

Oily fish4,5 – Oily fish such as mackerel, sardines and salmon are very high in omega-3 fatty acids, which are known to lower LDL cholesterol and protect against cardiovascular disease.

Yoghurt and other live culture products 6 – A number of probiotics (particularly the common probiotic Lactobacillius spp.) have been shown to incorporate excess cholesterol in their cells, and prevent re-absorption by our system. Increasing the probiotic population of the digestive system will help your body regulate the amount of cholesterol circulating. 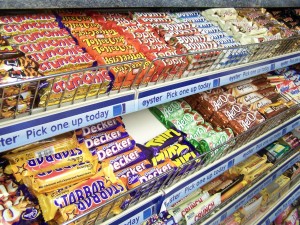 If your cholesterol levels are unfavourable, then it is advisable to reduce the amount for the following foods.

Alcohol7 – Consuming alcohol, especially on a regular basis increases the fluidity of our cells beyond the normal threshold. The body responds to this by sending more cholesterol out of the liver to our cells, to increase their rigidity, and so raises circulating LDL levels.

Sugar 8– Diets high in sugar have consistently been shown to increase levels of LDL and reduce HDL. Furthermore, high sugar diets have been shown to produce dysfunctional LDL, which are known to readily ‘clog’ the arteries, which will increase the risk of a rupture. It is therefore recommended to avoid all sugar foods, such as white bread, sugar in tea/ coffee, desserts and chocolate.

Junk/ processed food – These foods are often very high in sugar, trans-fats, radicals and oxidized fats, all of which have been strongly linked to raised LDL levels, and reduced HDL levels.

Foods which do not have a significant impact on cholesterol

Cholesterol has been largely understood over the last two decades, and as a resulted in these foods being condemned as being unhealthy.

Cholesterol high foods9 – A number of foods such as egg yolk, liver and butter have very little effect on the circulating cholesterol in your body. This is because the liver makes the majority of cholesterol, and diet accounts for a very small proportion. It would take approximately 20 egg yolks to being to have an effect on the amount of circulating cholesterol in your body. Historically, it was believed that these high cholesterol foods caused raised LDL levels, but it has since been disproved, despite this, a number of practitioners still advocate removing these foods from your diet.