Home/Living, Must Read!/Formula vs Breastfeeding

Formula feeding is growing in popularity, with more and more mothers stopping breastfeeding early or not breastfeeding at all, and using formula to feed their babies. Formulations for baby milk has made exceptional developments alongside research with regards to the nutritional needs of infants, but how does it stand up to natural breast milk today? This article will compare the nutritional value of breast milk with formula milk, and explain the differences.

Bellow is a table comparing the macro-nutrient content of formula milk and breast milk.

From the table it is clear that breast milk, contains a much more desirable composition of all the macro-nutrients for the growth and development of the child. 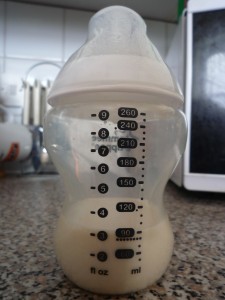 Aside from being synthetic, there are other factors which affect the bio-availability and biological value of nutrients. Looking at vitamin K, it can be seen that formula milk contains the vitamin in the K1 form, where as it is in the K2 form in breast milk. The K1 form is the plant form, which is abundant in dark leafy greens such as kale, and the human body cannot use the vitamin in this form. Vitamin K1 must be converted into the K2 form inside the body by the resident probiotics before it can be utilized by the body. K2 is the animal form, and can be found in a number of fermented foods such as cheese and fermented soya. The conversion from K1 into K2 in the body is not very efficient, and is very variable depending on the probiotic population in the digestive system. This means that obtaining vitamin K as K2 is much more desirable and biologically valuable than the K1 form.

The comparison of vitamin E in breast milk and formula is of great interest. The term ‘vitamin E’ refers to 8 different compounds – 4 tocopherols and 4 tocotreinols; all of which are needed for optimum health. Formula milk only contains alpha-tocopherol, which is the most abundant of the vitamin E molecules in our body and diet, whereas breast milk contains a much lower amount of vitamin E, but it is made up of all eight molecules – providing a broader spectrum of benefits. Tocotreinols have demonstrated much more potent antioxidant properties than tocopherols, and are associated more with the protection of nerves, in particularly the brain, whereas tocopherols protect all other cells. The large amount of alpha-tocopherol in formula milk may be to try and compensate for the lack of tocotrienols. It is very common for synthetic vitamin E to only contain alpha-tocopherol as other forms are extremely hard to synthesise.

Bellow is a table comparing the mineral content of formula milk designed for new born babies, and the average vitamin content of breast milk in the first week after birth. 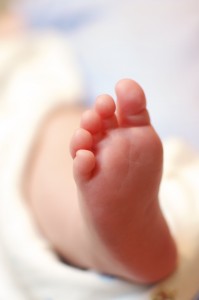 From the table it is clear that the mineral content of both breast milk and formula milk is quite comparable, but generally formula milk contains slightly more – this, again, is likely to be due to bio-availability. The minerals in breast milk will be bonded to amino acids of other nutrients which the body readily can absorb and utilize, where as formula milk contains minerals in a mixture of forms from oxides to chelates (chelates being amino acid bonded minerals). Oxides and sulphates are not as readily absorbed by the digestive system, and so a higher concentration of these mineral compounds is required to ensure enough is absorbed.

Iodine is the only mineral which is contained in much higher quantities in breast milk than formula milk. Iodine is essential for brain development, and it is very important for babies to obtain enough iodine, but it can be very toxic and cause severe damage in high concentrations. Formula milk contains a safe amount of iodine, which cannot cause damage to new born babies but the concentrations of iodine are quite low for the babies requirements. Mothers milk, although very variable, provides a more optimal amount for proper development, and will not be toxic to the child. The great difference between formula concentration of iodine and breast milk is will be to ensure the safety of the baby, not to ensure optimum nutrition.

Bellow is a table comparing the additional nutritional content of formula milk designed for new born babies, and the average vitamin content of breast milk in the first week after birth.

The content of these nutrients in breast milk and formula milk is comparable, with formula milk generally containing a higher concentration of these nutrients with the exception of inositol. Formula milk does contain a significantly higher concentration of L-carnitine, which is an amino acid based compounds required for the metabolism of fatty acids. The nutritional requirement of a new born baby for L-carnitine has not been established.

Breast milk, from healthy mothers who eat a nutritious diet, is much more beneficial for new born babies. The nutrients from this milk will be more bio-available and beneficial for the baby. Breast milk is especially beneficial for brain development, as it provides more essential fats which are required for brain growth and tocopherols which protect the brain from radical damage. Breast milk also contains unique prebiotics and proteins which support the immune system and digestive system. Current data and analysis shows that there are no nutritional advantages to using formula over breast milk.

However, formula milk is comparable to breast milk, and will provide an infant with all the essential nutrients it requires. This makes formulation a suitable replacement for those who cannot breastfeed, or if the diet of the mother is poor.
%CODE_BREAST%