How healthy is your fruit juice? Should you think about the foods you eat when taking your medication? How to test for Alzhimer’s disease yourself,  and gout rates souring....

How healthy is your fruit juice? Should you think about the foods you eat when taking your medication? How to test for Alzhimer’s disease yourself,  and gout rates souring. All this is covered in this weeks health news! 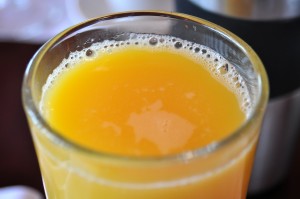 Fruit juice is often counted as one of those [5-a-day] portions, but a top health expert has now said it shouldn’t…Read more here.

The 5-a-day campaign is the most well recognized public health campaign, and many people gauge how healthy their day has been on how many of their 5-a-day they have eaten. I’ve heard people say things like ‘I’ve been really healthy today and had 4 of my 5 fruit and veg’, regardless of the fact they are going on a pub crawl later, or had a KFC for lunch.

The 5-a-day campaign is flawed in itself , being too simple and not well regulated, which has led things like fruit juices (and even some pizzas) to be able to claim to count as one of your 5-a-day. Fruit juices may seem like a convenient way to consume fruit, but the reality  is that these fruit juices are very different from the fruit they were made from. They are high in sugar and devoid of fibre and the nutrients found in the fibre. They are really little more than sugary flavoured water, and should be shown as such. Sure, they will contain some vitamins and minerals, but this doesn’t make up for the abundance of sugar. 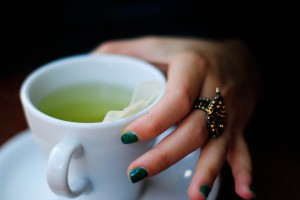 Food and drug interactions are a massively overlooked aspect of medicine, and I think more people need to be aware of it. A relatively common problem (which few know about) is people who might have a grapefruit with breakfast, along with their medication. Grapefruit contains a chemical which increases the absorption of drugs, and reduces their breakdown in the body – making the drugs much more potent. We have seen people hospitalized from this, simply because they had a grapefruit.

This article is highlighting the findings that the polyphenols in green tea can make blood pressure medicine less effective, which potentially could cause cardiovascular problems. This is of particular importance, because green tea is generally considered to be very healthy, and people who have poor health may decide to drink it. All plant based foods and drinks will contain chemical compounds which interact with the body in very interesting and complex ways, but may also interact with the way drugs work in the body.

A new website that helps determine whether someone might have Alzheimer’s disease or dementia is so popular that the site crashed temporarily…Read more here.

Alzhimer’s disease and dementia are on the rise in the UK, and it is a growing concern for many over the age of 50. This has been highlighted by the popularity of an Alzhimer’s self assessment test released by Ohio state university, where demand for the test was so high the site actually crashed. The test is written for Americans, so questions about currency might throw you off if you are from a different country, but if you are concerned, you can try the test by clicking on the link. 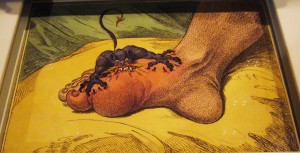 The prevalence of gout – traditionally associated with too much port and an unhealthy lifestyle – is soaring in the UK, according to a study…Read more here.

Gout is a type of arthritis, and is caused by an too much uric acid in the blood, which causes crystals to form inside joints. Gout is often called ‘the disease of the rich’, because it is associated with eating lots of rich food (such as port and cheese), and very little exercise. It is incredibly painful condition, and is caused by poor diet and lifestyle choices, but can be rectified by making healthy changes. It is strongly associated with being obese, and the rise in gout sufferers are an indication to the declining health of the UK. It sounds a bit brutal, but perhaps the pain of suffering from gout might be enough to encourage healthy lifestyle changes?

What do you think about this weeks health news?