Historically, plants (particularly herbs), have been used in medicine, and many modern drugs still originate from plants. The most common example of this is aspirin, which our body metabolises...

Historically, plants (particularly herbs), have been used in medicine, and many modern drugs still originate from plants. The most common example of this is aspirin, which our body metabolises into salicylic acid – a compound which was originally obtained from the bark of the willow tree. Historically, drinks made from the bark of willow trees were used to treat pain, but now developments in science have allowed aspirin to be synthesized in a lab allowing a cheaper and higher dosages to be created in pill form. This removes the need of willow bark from manufacturing all together, but the active compound in aspirin did originate from a plant. Many plants, particularly herbs, contain a number of chemical compounds which have a variety of effects on the body. This article will explain why these foods are so unique in their benefit and will outline some of the most understood and beneficial herbs.

Polyphenols (originally called vitamin P) are the group of nutrients which are responsible for the unique properties of herbs, but they are synthesised in all plants. The term ‘polyphenol’ covers a very broad range of nutrients, which can be further sub-categorised into others such as anthocyanins, flavonoids and tannins – some of which you may have heard of. Polyphenols do not have an RDA like other nutrients, and they all interact with the body in different ways. Often, certain polyphenols can only be found in a certain species of plant, or sometimes just one specific plant, and obtaining them in significant quantities can be very difficult. Polyphenols are non-essential nutrients, which means we are able to live a healthy life without them, however, this doesn’t mean they are without benefits.

The vast majority of polyphenols are strong antioxidants, promote the activity of immune cells and have demonstrated anti-tumour properties – indicating clear health benefits. Many have very few additional health benefits, or don’t have a great enough impact to be significant in any other way. However, there are a number of polyphenols which do have additional benefits.

Common herbs and their benefits 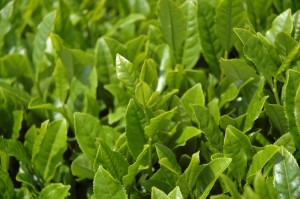 Tea, particularly green tea, is possibly one of the most well known herbs which have a significant impact on our health. The sub-group of polypehnols in green tea is catechins, and green tea contains a number of them, in particular, one called epigallocatechin gallate (EGCG). These polyphenols are not found in black tea, as the processing of black tea damages them, rendering them nutritionally useless and black (giving black tea its colour).

As with many polyphenols, catechins are powerful antioxidants, and are able to protect the body from damage from radicals. Catechins do have a unique effect on the body, and have demonstrated thermogenic properties. This means that when consumed, catechins slightly increase our cells metabolism, slightly increasing the amount of calories we burn and releasing them as heat. It is the thermogenic properties of catechins which have made them a popular weight loss aid. 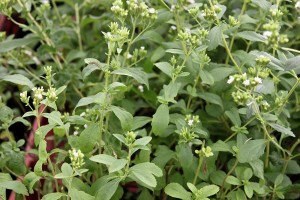 Although many think of stevia as being one plant, it actually refers to a group of over 200 types of plants, which all contain a polyphenol called steviol. Although technically a polyphenol, steviol is better described as a glycoside because it contains a sugar molecule. Stevia is often used as a natural sweetener and is much sweeter than table sugar, but our body is unable to convert it into energy, making it a natural zero calorie sweetener. It is obvious why this is an attractive plant in the modern world, and, unlike many other zero calorie sweeteners, stevia has no adverse side effects. There is also evidence to suggest that stevia can act as a prebiotic, which will promote ‘good’ bacteria in the digestive systems.

As stevia tastes sweet, but doesn’t have any of the negative effects that sugar does, it is very useful for those who are at risk of developing type 2 diabetes, and for anyone who is trying to normalize body fat and cut out sugary foods from their diet. 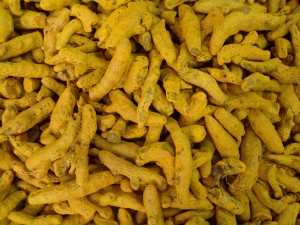 The benefits of this bright yellow herb have only recently been properly researched. Turmeric is the only source of a group of polyphenols called curcuminoids, the most abundant being curcumin. Curcumin is a very powerful inhibitor of the COX-2 enzyme (as are a group of polyphenols called gingerols, which are found in ginger), which is a pro-inflammatory enzyme. By inhibiting the action of COX-2, inflammation can be dramatically reduced and controlled. Curcumin has also demonstrated an ability to up-regulate antioxidant fighting enzymes, which will increase our natural defence against free radicals.

Consumption and supplementation of curcumin has become extremely popular because of its ability to reduce inflammation and promote overall health. I’ve done a more in-depth article on the health benefits of turmeric, which you might find useful. 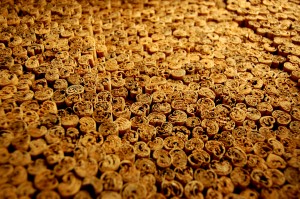 Cinnamon contains a sub-group of polyphenols called chalconoids, as well as a unique tannin called cinnamtannin B1. Cinnamtannin B1 is able to mimic the action of insulin the the body (as do some chalconoilds to a less extent). This means that these polyphenols are able able to help the body regulate blood sugar and increase insulin sensitivity on the body.

This action makes cinnamon potentially beneficial for diabetics, and this is covered in greater detail here. 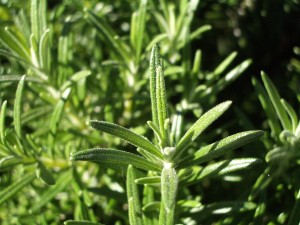 Rosmarinic acid is a GABA transaminase inhibitor, which simply means it reduces the amount of GABA which is broken down in the body. GABA plays an important role in brain function and the regulation of mood, and research has shown that low levels of GABA is associated with depression. By preventing the breakdown of GABA, rosmarinic acid can help boost mood and fight depression. However, as rosemary is consumed in such low dosages as a food, extracts of this nutrient would be needed to have a significant impacts on GABA levels. 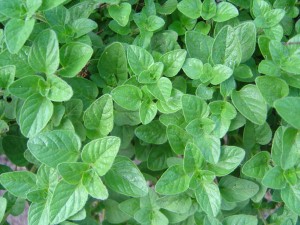 Another polyphenol which is found in these plants in cavacrol, which is most abundant in oregano. Carvacrol has been shown to inhibit a number of pathogens such as the influenza virus and many bacteria. Interestingly, although it has powerful antibacterial properties, it doesn’t seem to have any significant effect against common probiotics such as Lactobacillius spp and Bifidobacter spp. Carvacrol has also been shown to inhibit the action of the COX-2 enzymes (as have the polyphenols in ginger and turmeric), which will help protect the body against inflammation.

The selective inhibition of pathogens and its ability to control inflammation makes carvacrol a healthy addition to any diet, and shows it will be especially effective at promoting digestive system health.

Why have herbs been removed from modern medicine?

Once the active ingredient in a herb has been identified, it is often much cheaper to synthesise it in a lab than to grow field full of a herb, harvest them and extract the nutrient. If you were not to go for extracts, you would have to consume relatively large amounts of the herb to get the desired effects. It is not an impossibly large amount, but many people prefer to take one small concentrated capsules to treat or prevent ailments.

Another reason is that the pharmaceutical industry is a business, and businesses need to make money. Plants and their extracts cannot be patented or ‘owned’, meaning anyone can make them, however, a completely synthetic compound can be patented. As a result, pharmaceutical companies have focused research and development on creating synthetic drugs to treat illnesses, which if proven to be effective, can be patented and sold to the health care industry at a high price.

As research over the past century has mainly focused on synthetic drugs and not herbal extracts, the interactions of herbal nutrients on our health has only recently been realized and researched. As a result, there is still much unknown about many herbs and their benefits to our health.

Herbs have been used in medicine for hundreds of years, but the development of synthetic drugs has reduced the research on these herbs until recently. Many herbs contain unique polyphenols, which have demonstrated a number of health benefits, from promoting weight loss to increasing the activity of free radical fighting enzymes. This article has just covered a few of the best understood polyphenols and the herbs they can be found in, but there are many more.