Fluoride is found in incredibly small quantities in our diet, but is also added to toothpaste, and in some countries such as the USA and Australia it is commonly...

Fluoride is found in incredibly small quantities in our diet, but is also added to toothpaste, and in some countries such as the USA and Australia it is commonly added to the water supply. Currently in the UK a number of water supplies have fluoride added to them, and this is something which many residents are unaware of. Recently Public Health England has strongly suggested that water fluoridation should be considered for all water supplies across the UK. This article will cover which areas of the UK currently add fluoride to the water, why fluoride is added to water/ toothpaste, and investigate the impact fluoride has on your health. 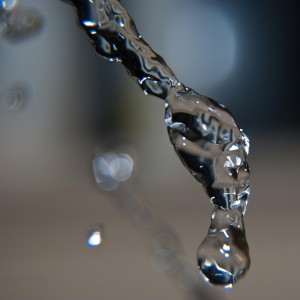 Does my water have fluoride in?

The most recent complete record of fluoride in the water supply across England and Wales was done in 2008, and you can find the results here, which includes which postcodes contain fluoride containing water, and a map of England and Wales showing the abundance of fluoride in the water. As you can see from the link, fluoridation of water is not yet widespread, but in areas where there is an authority fluoridation scheme in place, fluoride levels in water  are o.5 – 1.5 mg/L. If more of these local authority schemes are implicated than this level of fluoride will more common throughout the country.

Why is fluoride in toothpaste and water?

The reason that fluoride is included in some water supplies and toothpastes is to protect against tooth decay. Tooth decay occurs when acid (either from acidic food or acid producing bacteria) in our mouths de-mineralises teeth (which are made of a compound called carbonated hydroxyapatite) which partly dissolves the outer layer. Over time, this can develop into a significant loss of this compound, which can result in cavities forming.  Fluoride is able to re-mineralise the tooth by taking the place of the calcium in the carbonated hydroxyapatite compound, forming a similar compound called fluorapatite. Fluorapatite is more resistant to acid, and will not readily de-mineralise like carbonated hydroxyapatite does. Over time, more and more of the tooth structure will be made up of this fluoride containing compound. As fluorapatite is more acid resistant there is less risk of developing cavities or tooth decay.

Fluoride is also extremely toxic, and will help kill the acid producing bacteria in the mouth which will further prevent acid damage to your teeth.

How fluoride affects your health

Bones – As with teeth, bones are made up largely of calcium, and fluoride is able to replace the calcium in our bones as it does in teeth. This has been shown to reduce bone mineral density1, which reduces the strength of bones. This is of particular concern for women, especially those over 50 years old (due to natural increase risk of osteoporosis), as it will increase the risk of bone fractures. There is however still some debate over how much impact fluoride has on bone density because of the complexity of the system which involves many other nutrients such as vitamin K, vitamin C, vitamin D and calcium, a deficiency of any will also contribute to reduced bone density. There is however little doubt that fluoride does negatively impact bone strength to some extent.

Kidneys – The kidneys are one of the most sensitive parts of the body, and are easily damaged by ingested toxins. There are numerous studies showing that fluoride does negatively impact the structure, function, and metabolism in kidneys (as well as the liver) in humans3. There is currently no evidence to show the impact of consuming low levels of fluoride on the kidney, although as with all toxins, the extent of the damage is dose dependant (i.e small amounts will cause a little damage, and as the dosage increases so does the extent of the damage). In animals, levels of 190ppm in drinking water have been reported to cause renal damage4, and it is possible that this level will be the same in humans.

Thyroid – The thyroid is responsible for producing a number of important hormones in the body which regulate our metabolism and growth. Both animal studies, and lab studies with human cells have shown that the thyroid is incredibly sensitive to the effects of fluoride5, 6, 7 and can cause thyroid dysfunction. The most noticeable effect of thyroid dysfunction is weight gain (due to the impact on metabolism), but it can also be characterised by a number of other ailments. It would seem that a lack of dietary iodine makes you much more susceptible to the damage of fluoride5.

The limited research on the effects of fluoride on our health makes it hard to determine how much of an effect consuming fluorinated water/ using fluoride toothpaste actually has on our health.

Fluoride is added to water and toothpaste because it reduces the risk of tooth decay and cavities by forming a compound called fluorapatite, which is acid resistant. Despite fluoridation of water in many countries, and parts of the UK, there are serious health concerns about consuming fluoride. There is evidence to show that consumption of fluoride can weaken bones, damage kidneys and promote thyroid dysfunction, which may pose a significant risk to public health. The actual extent of fluoride on your health is yet undetermined due to the limited evidence, but much more research needs to be done, especially if water supplies are being fluoridated.

Tooth decay can still be avoided even if you avoid fluoride by avoiding sugary foods, acidic foods, and brushing teeth regularly with fluoride free toothpaste.

1. B. L. Riggs. (1990). Effects of fluoride treatment on the fracture rate in post-menopausal women with osteoporosis. The new England journal of medicine. unknown (unknown), 802-805.

Images courtesy of wwarby and johnkay.