This week has seen some positive ideas about reducing sugar consumption, highlighted how poor public health is in the UK compared to the rest of Europe and the importance...

This week has seen some positive ideas about reducing sugar consumption, highlighted how poor public health is in the UK compared to the rest of Europe and the importance of published medical data. 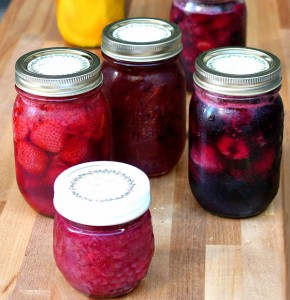 Plans to change the rules governing jam and marmalade production in England could lead to “the end of the British breakfast as we know it”, an MP says… Read more here.

Having jam on toast for breakfast is probably quite common in many house-holds across the UK, but from a nutritional point of view, it is something I strongly disagree with. Jam on toast it little more than sugar syrup on toasted sugar, especially if you are using highly processed white bread. It has recently been proposed that the minimum amount of sugar allowed in jams can be lowered (this is a result of an economical change rather than nutritional, but it should reduce sugar consumption too). I am in favour of this, but purely from a nutritional stand point. Reducing sugar consumption in any way, shape or form is good.

I really couldn’t believe it when I heard that the Lib Dem MP Tessa Munt opposed reducing the sugar limit on the grounds that it would be “the end of the British breakfast as we know it“. She claimed that the final product wouldn’t taste as nice, be runnier and would have a shorter shelf life. I would like to think an MP had more pressing matters to think about than how runny jam is, but even if jam will now become less desirable to people, it might actually encourage some people to have a healthier breakfast. A very frustrating and seemingly short-sighted view from Tessa Munt, but despite her opposing reducing the sugar limit, the regulation change will still be passed.

If you are a jam lover, and think this is going to ruin your breakfast, perhaps try something new. Fruit, eggs, porridge or yoghurt would be much healthier and filling alternatives. 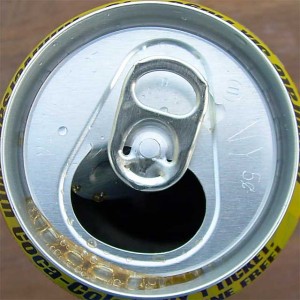 A 20 PER cent tax on fizzy pop would cut the number of overweight people in Britain by nearly half a million, according to a new study… Read the news article here, and the research from the British Medical journal (BML) here.

If you have the time to have a read the research paper from the BMJ then I suggest you do, but the up-shot of it all is that this 20% tax will reduce the prevalence of obesity by around 180,000, and the number of overweight people by up to 346,000 – totalling approximately half a million people.

What a fantastic idea! A great move in the right direction, but why stop there? If you are thinking of taxing sugary drinks, why not tax fast food and other junk, and the use the tax to subsidize healthy foods and sports equipment!? Haha, I appreciate my ideal world is not for everyone. I can imagine that if this research did result in the consideration of implementing a sugary drink tax there would be tough opposition, so I am sceptical that this will progress much further than research. I would love to see this tax come about though, and think its benefits to public health would be significant. 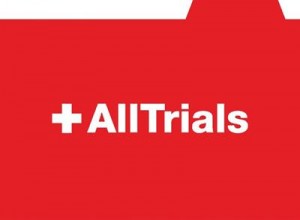 As many as 29% of large clinical trials registered on the ClinicalTrials.gov database remain unpublished five years after completion, a new US analysis has found… Read more here.

I promise, this is the last time I go on about this, but it is very important. If all trial data is not made available to doctors when choosing a medication to prescribe, how can they make an informed decision about the safety of a drug? They simply can’t, and of the trial data which isn’t published, it is often unfavourable data about a drug. So when doctors do research on a drug, they often cannot find information on the negative effects, risks and inconsistencies in how effective the drug is. This has been a problem for many years, and will have resulted in many patients lives being put at risks (and undoubtedly deaths), but sadly has only just come to light. This simply needs to change. There is currently a petition which you can sign to help support this change, which can be found here, we have already seen a number of companies promise to make their trial data available as a result of this petition and the people behind it. Please sign up and share 🙂

According to the World Health Organization, a child born in Britain is now more likely to be dead by the age of five than one born in the Czech Republic, Slovenia and Estonia, as well as all of western Europe… Read more here.

This report has shown that the infant mortality rate is actually increasing in the UK, whereas in other developed countries infant mortality is dropping. Furthermore, female life expectancy in the UK is lower than most other European countries, and the report confirmed that we are the fattest country in Europe. Although the report doesn’t directly blame a poor diet and lifestyle, it is heavily implied, and personally, I agree. Why people don’t take more care of their health, despite being well aware of the importance in beyond me.