It has been a much more interesting week for health and there have been a number of health topics which have caught my eye: Red wine – what’s...

It has been a much more interesting week for health and there have been a number of health topics which have caught my eye:

In recent years, red wine has received some pretty good press. When we think of a healthy form of alcohol, red wine tends to be the top choice. But why – and does it deserve all the attention?… Read more here.

Red wine and its health benefits have made it in to the news again, but this time it is not debating weather it is healthy or not, it’s debating what in red wine actually makes it healthy; tannins, or resveratrol (responsible for the purple/red colour). Both are polyphenols, and both have demonstrated health benefits, so the reality is that the benefits of red wine are probably due to a combination of these compounds (having said that, I am probably more of a fan of resveratrol). Health claims include reducing the risk of cardiovascular disease and cancer protection. However, it is important to note that, with all these ‘health benefits of red wine’, red wine isn’t really healthy. I’m starting to get concerned that people are thinking they can drink more red wine than other alcoholic drinks – this isn’t true. Red wine is still on the whole unhealthy, it just has some health benefits. Sorry guys… 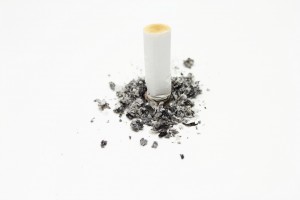 Smokers who quit could gain an extra seven days of life for every 28 days they abstain from tobacco, according to a government campaign… Read more here.

Last year we saw thousands of people sign up for Stoptober, and its happeneing again this year. It is unsuprising that in the prelude to Stoptober that the benefits of stopping smoking are making some headlines. This article, although obviously bias against smoking, has come up with some fantastic statistics. Apparently for every 28 days you abstain from smoking, you add a week on your lifespan, and you will save £150 each month from cigarette money. Now, I think these statistics might be slightly exaggerated, but the message is quite true – stop smoking and you will live longer and save money! If you are a smoker and are looking to stop, check out and sign up to Stoptober this year here! 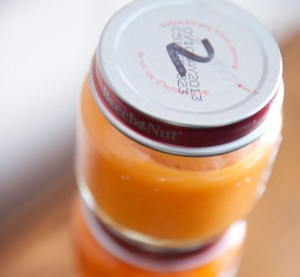 Researchers say that commercial baby foods do not meet an infant’s weaning needs and provide little extra nutritional goodness, compared with breast milk. This is according to a study published in Archives of Disease in Childhood… Read more here.


Infancy is probably the most important time in your life to have high quality nutrition. You are rapidly developing, and this can only occur properly if you are well nourished. Undernourishment at this early stage in life will affect the rest of your life negatively. Luckily, nature provides the perfect nutrition for this stage in development – mothers milk. Nothing can match up to the nutritional content of natural mothers milk, which is naturally tailored specifically for the requirements of a baby. I have always been very sceptical about the benefits of formula/ weaning foods for babies, and this study seems to confirm my thoughts. Companies which make formula foods obviously want to make profit, which can be done 2 ways: selling more product, and using cheap/fewer quality ingredients in the product – and they do both. These companies recommend using ‘weaning’ formula food 4 months after birth (I think 6 months should be the absolute minimum) meaning you will be using their products sooner than you should, and then they are shown not to be as nutritious as they are required to be. Breast is best for babies, and then, when they do start weaning, make baby food at home. This way, you know exactly what is in it, and how nutritious it is.

They believe it could lead to new ways of repairing the body, for example after a heart attack. However, the study published in the journal Nature, showed the technique led to tumours forming in mice... Read more here.

Stem cell research is fascinating and has great potential, but research in this area never seems to develop into much, it just seems to change. Although transferring adult cells back into embryo state is very exiting and interesting from a scientific point of view, the fact that this then lead to tumours developing in mice shows there is still loads of work to do. I just hope this part of stem cell research doesn’t hit a dead end like so many before have.

Women who binge drink in the second three months of pregnancy are 68% more likely to have a small baby, research has shown… Read more here.

This caught my eye simply because I was surprised to see 40% of mothers admitted to drinking alcohol whilst pregnant, and 3% continued to binge drink. OK, so 3% doesn’t sounds like a lot, but it equates to 333 women, which is 333 too many in my opinion. Having a ‘small baby’ may also not sounds like the end of the world, but a small baby has a massive increased risk of a number of problems ranging from respiratory problems to nervous system problems. Please, don’t drink alcohol if you are pregnant… 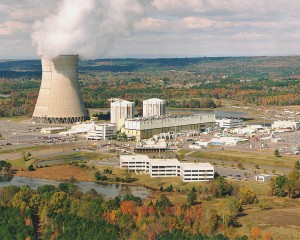 Children living near nuclear power plants do not have an increased risk of developing leukaemia, a study says. Experts looked at data on 10,000 children diagnosed under five between 1962 and 2007, and where they lived... Read more here.

This takes me back to my days at college studying nuclear physics. At the time I was quite against nuclear power, thinking it was harmful and dangerous. After all, nuclear radiation is so strongly linked to nothing but bad things – mutations, DNA damage, atomic bombs and The Hulk. I automatically assumed nuclear power is as bad as all other forms of radiation, without actually learning about it. When I covered the topic at college, it became apparent that nuclear power is actually quite safe. It won’t turn me into a raging green monster, it is well controlled, it is only very mildly toxic and is one of the best sources of power for the near future. I would actually rather live close to a nuclear power station than a field sprayed regularly with pesticides. This isn’t to say nuclear power isn’t without its problems, but it has been demonised for a very long time. The findings from this study (which are quite thorough) reassure the public on nuclear power safety.