This weeks news covers some exciting information for GlaxoSmithKline (which did actually come out at the end of last week), pollution, activity bands, supplements and sleep. GSK CEO...

This weeks news covers some exciting information for GlaxoSmithKline (which did actually come out at the end of last week), pollution, activity bands, supplements and sleep. 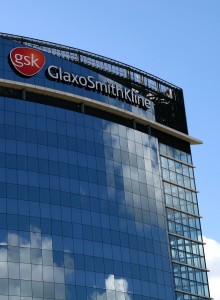 GlaxoSmithKline CEO Andrew Witty speaks with Fox about GSK’s committment to publishing all clinical trial reports, and how the data will improve the industry… See video here.

This story came out just too late to get into last weeks, but because it is so important I had to include it this week:

The fact that GSK has hidden unflattering trial data about their drugs has undoubtedly indirectly caused a number of deaths through out the world. However, it has only recently come to light that the hiding of data is common practice in the pharmaceutical world, and as a result there is an ever increasing amount of pressure to have all results published. This video shows the CEO of GSK saying that all data on drugs will be made available to anyone, which is great news. However, in the past when publishing data has been ‘enforced’, GSK has preferred to pay the fee for late/ not publishing work. GSK  has been extremely determined to hide unflattering data, so I personally am a bit sceptical about the truth behind what Andrew Witty is saying. It may just be a tactic to try and restore trust in their company, or it actually may be true. Only time will tell…

Pollution is just one of the reasons why I believe the RDA’s to be too low, and this article emphasizes my point. Pollution is an ever growing health concern, especially for those in the cities. In an ideal world, there would be no pollution, but it is sadly such an integral part of our way of life that pollution is something we will have to put up with for the foreseeable future. Many pollutants take a massive toll on our body, and whether they cause minerals to be leached out of our system, or require antioxidants to neutralize them, improving our diet is the best way to combat the negative effects of these toxins. 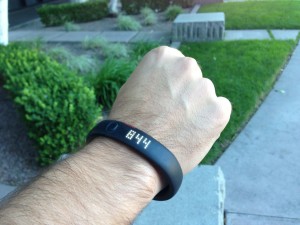 Can Nike’s Fuelband really motivate you to exercise? (16th Oct)

Nike says its new activity-tracking Fuelband SE will motivate people to exercise even more. But can a wristband really lead to better health?… Read more here.

Activity trackers are becoming increasingly popular, and I myself had a Fitbit Flex (review here) for some time which is very similar to the Nike Fuel band. The purpose of these activity trackers is to simply increase your activity levels, reach activity goals and compete with friends. The big question is, will they motivate people to do more exercise, or are they a bit of a fashion statement/ nice idea?

Well, when I first decided to get an activity tracker I went to a Nike store for a demo, the Nike fuel band was certainly a high contender in my short list of activity trackers. One thing which really struck with me when I was getting shown the Fuel band was the guy who was demoing it said that if he feels like being lazy, he will just lower his daily activity target to a more achievable goal (i.e nothing). Instantly, I thought, does that not defeat the point?

I decided to go for the Fitbit Flex after looking into the activity trackers, and to be honest, it didn’t really motivate me to do more exercise. I did the same amount of exercise as I did before, but I was exercising before hand so maybe it would motivate lazy people to do exercise? Well from going on the Fitbit Facebook, all the other people with these trackers were regular exercisers too, and walked dogs or ran. I think perhaps the activity trackers appeal to people who enjoy exercise, and are just preaching to the choir. I have never seen anyone say something to the effect of ‘oh my gosh, my activity tracker motivated me to get up and go for a run’. So in short, I like the idea of activity trackers, but I don’t think many will find them useful as a motivational tool. 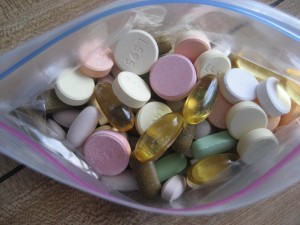 The problem with taking too many vitamins (17th Oct)

Millions of people swear by vitamin supplements. But many are wasting their time and some could even be harming themselves, argues Dr Chris van Tulleken… Read more here.

An article I actually blogged about here. The article is urging caution with supplements, and explaining how some (such as vitamin A) can be dangerous. While I agree with much of what the article is saying, I think that the author should have mentioned how the processing methods for some supplements provide a toxic final product. There is no distinction between quality, which I felt should have been touched on in the article.

I do advocate research and caution with taking supplements, this is the whole purpose of The Health Cloud.  I do believe that supplements do play a key role in modern health. Have a look at the blog for my full thoughts.

The brain uses sleep to wash away the waste toxins built up during a hard day’s thinking, researchers have shown… Read more here.

Sleep is still baffling scientists. It is thought that sleep is needed to recover from the days stresses which have accumulated, which makes sense. This study does support this to some extent, and has actually shown that during sleep, the brain shrinks, which opens up gaps allowing fluids to wash away toxins/ radicals. These toxins build up throughout the day, and so sleep is effectively a ‘reset’ button, washing them all away, ready for the next day. There is still much to learn about sleep, but this is one more piece of the puzzle.