This week have covered antibiotic prescriptions, aspirin, concerns over the cardiovascular health of children and the possible benefits of eating nuts! Antibiotics not for running noses, warn doctors...

This week have covered antibiotic prescriptions, aspirin, concerns over the cardiovascular health of children and the possible benefits of eating nuts!

I really do agree, people are all too keen to take antibiotics for illnesses which will clear up by themselves. As a result they are disrupting the bacteria population in their digestive system which can have sever negative effects, and encourages antibiotic resistant strains to emerge! 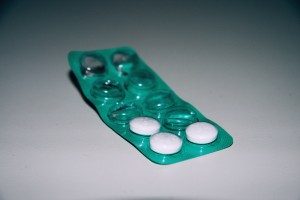 Taking aspirin at bedtime instead of in the morning might reduce acute heart events, a new study has found. Low-dose daily aspirin is recommended for people at high risk of heart diseases and for reducing the risk of recurrent heart events. Aspirin thins the blood and makes it less likely to clot. The tendency for higher platelet activity peaks in the morning… Read more here.

Aspirin works be effectively thinning the blood and reducing the activity of platelets (which are responsible for clotting). Many people take aspirin to reduce the risk of blood clots forming, particularly when they are going to be sedentary for extended periods of time such as before a plane flight of before bed. It is a fairly safe and effective preventative measure for heart disease, and I appreciate that this may be the only option for many people (particularly the elderly), but for others there may be other healthier ways to protect against heart disease. Aspirin doesn’t fix the problem, it just helps to prevent heart attacks, and I think, where possible, other measures should be taken to address the problem. 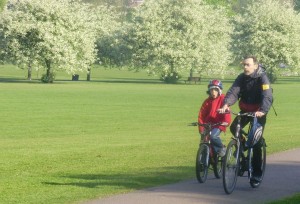 He and his colleagues analysed 50 studies on running fitness conducted between 1964 and 2010 in 28 countries that altogether covered over 25 million kids aged between 9 and 17… Read more here.

The upshot of this is that children now have weaker cardiovascular systems than their parents did at the same age. This has lead to concern that as children grow up they will be more likely to have cardiovascular related complications. The weaker cardiovascular system is thought to be due to lack of activity, and with more and more attention being given to computers, children simply don’t want to go outside. There are already hundreds of schemes designed to try and get children active, so I am not sure what else can be done about this risk. 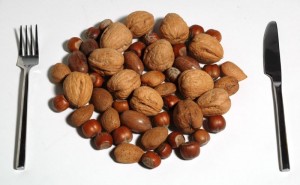 People who regularly eat nuts appear to live longer, according to the largest study of its kind… Read more here.

A direct relation between the consumption of nuts and a longer life hasn’t actually been made, but it was noted that people who regularly ate nuts also lived healthier lifestyles. So the increased life expectancy could be from other lifestyle choices, not actually eating nuts, although it is still likely the nuts contribute to some extent. We know that nuts do contain a number of healthy and beneficial nutrients, this is something that no ones denies, but could they be so beneficial that they alone can increase life expectancy? Possibly, this study suggests it is possible, but there are so many factors involved that a direct link cannot be made just yet.

What are your thoughts about this weeks health news?