This weeks health news has covered stories on portion control, the unknown ingredients in consumables (this time children’s medicine), the benefits of saturated fats and the ever changing view...

This weeks health news has covered stories on portion control, the unknown ingredients in consumables (this time children’s medicine), the benefits of saturated fats and the ever changing view the medical profession has on vitamins. 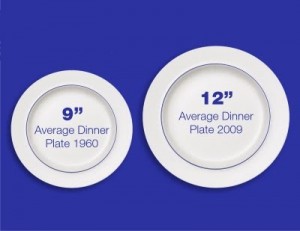 Portions of food — from ready meals to cakes — are up to twice as large as they were in 1993, according to a damning report which warns that supersize foods are harming the nation’s health… Read more here.

You may have heard of the phrase ‘eyes bigger than your stomach’, but to a certain extent our appetite and the feeling of being full is dictated by our eyes. Humans are pre-programmed to eat everything that they are given. This was fantastically demonstrated by a study involving a ‘bottomless’ soup bowl (soup was fed in from the bottom of the bowl, so the bowl was never empty). Participants in this study were told to eat the soup until they felt full, but if they didn’t feel full after one bowl they should ask for another bowl. Half the participants were given a normal bowl, and the other half had the bottomless one (participants were unaware of the bottomless bowl). Those who had a normal bowl generally finished the bowl, but didn’t ask for more, claiming that they were full, whereas participants with the bottomless bowl ate twice as much before they decided they were full. You can read more in my blog post here.

Portion control is a great way to prevent unwanted weight gain, but with plates getting bigger and bigger, many people will fill their plates, which means they eat more food! This is contributing to the obesity epidemic we are experiencing, and needs to stop. I am glad that portion control has made it to the headlines.

This includes popular medicines such as Calpol and Boots brands. This news is terrible, but I can’t say I am surprised, corporate responsibility is non-existent and companies are more and more profit driven. Why a company would chose to include these ingredients is beyond me. As with the horse meat scandal, you really have no idea what is in foods (and now medicines) that you cannot identify. It is quite a scary reality now, that even in the UK (where everything is regulated) that you cannot trust the food or medicine label. I’ve said it before, but the best thing to do is stick with food you can identify. A purple liquid called ‘medicine’ could be anything from beetle juice to beetroot juice, and the same goes for processed foods, but I can’t see anyone successfully passing a banana off as an orange. 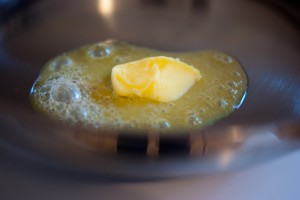 The risk from saturated fat in foods such as butter, cakes and fatty meat is being overstated and demonised, according to a cardiologist… Read more here.

Is this news? Have nutrition experts all over the world not known this for many years? Very frustrating when messages fall on deaf ears, but it finally now seems to have gotten through, and hopefully nutrition guidelines will change from the out dated food pyramid. Sweden has already changed their nutritional guidelines to reject the conventional low-fat diet which the NHS has advocated over the years.

Simply put, saturated fats from natural sources are good, but from highly processed sources are bad. This goes to enforce my previous recommendation – if you can’t identify it, don’t eat it! 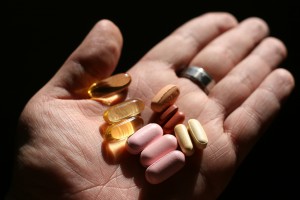 England’s chief medical officer has said all children should be offered vitamin supplements to safeguard their health. Currently the NHS offers free vitamins A, C and D to all children under five from low-income families. It has been claimed up to 25% of children are vitamin D deficient, leading to a rise in rickets cases… Read more here.

The world of medicine has a very strange relationship with supplements… One week they will say they are a waste of money, the next they are saying supplements are essential for some people. I would say they are half right, some supplements are worthless, but some are defiantly important. The nutritional profile of many in the UK is terrible, and a push for free vitamins for children is quite a good idea, but I would also explore other ways to improve diet. Supplements can only do so much for your health – they can only supplement a diet, not make it healthy. Yes – supplements should be made available for those who need them, but I think broccoli should too!