It has been an interesting week for health news. We have covered breast cancer, type 2 diabetes, child heath, possible benefits of mucus, obesity and a nose being grown...

It has been an interesting week for health news. We have covered breast cancer, type 2 diabetes, child heath, possible benefits of mucus, obesity and a nose being grown on a forehead!

Breast cancer: Why I chose a double mastectomy

When actress Angelina Jolie announced that she had undergone a double mastectomy to reduce her risk of genetic breast cancer, she helped make other women aware of the dangers… Read more here.

Breast cancer is on the rise in the Western world, and it is a serious concern for many women. Awareness has skyrocketed since Angelina Jolie had surgery with the discovery of a mutation on the BRCA genes, and with more and more women wanting to know the genetic and environmental risk factors of breast cancer I felt it was article worthy. Have a look at this article on breast cancer and risk factors. 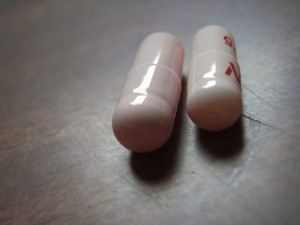 People prescribed anti-depressants should be aware they could be at increased risk of type 2 diabetes, say UK researchers… Read more here.

A dose of sugar given as a gel rubbed into the inside of the cheek is a cheap and effective way to protect premature babies against brain damage, say experts… Read more here.

This just goes to show that sometimes the simplest things are the best. The brain is such a energy hungry organ, that low blood sugar can cause some very serious an irreversible damage. Something as simple as sugar gel could change the life for many, and at a very low cost!

Bottled mucus may one day play a role in some gut diseases, according to US researchers… Read more here.

Most people will produce about a litre of mucus a day, and it is something that we are all quite familiar with, yet, we actually know very little about mucus. As disgusting as it sounds, mucus is actually fascinating. Preliminary research has shown that mucus has immuno-supressive properties which stops the immune system causing havoc in the digestive system with all the bacteria there. This immuno-supressive properties could be used to treat autoimmune diseases such as irritable bowl syndrome, and there is even speculation that it may be able to help with some cancers too. It is early days still, but if nothing else, it sheds some light on the role of mucus in our body.

A new nose has been grown by surgeons on a patient’s forehead, so it can be transplanted to replace his original one… Read more here.

How amazing is this! After an infection destroyed this mans nose, a replacement was grown on his forehead, which, when fully grown, will be transplanted into the correct position. It might seem a bit strange to grown the replacement nose on the forehead, but the type of skin on the forehead is most similar to that of nose skin. This will ensure that when the transplant happens, blood flow to the new nose is maintained. This is an amazing demonstration of how medical science is progressing!

Scientists have been awarded more than £200,000 to examine whether antibodies found only in sharks can be used to help treat breast cancer… Read more here.

Sharks have a very unique immune system, and one part of this immune system is an antibody called IgNAR. Scientists believe that this antibody can stop breast cancer cells (and possibly other cancer cells) from replicating and spreading. This is research I will be following closly, adn it could have some massive implications for the future.

The focus in the fight to tackle obesity tends to be diet and exercise. But what about sleep?... Read more here.

I have long believed that obesity is a result of lifestyle, and not just diet. This news article is not showing anything new, but is simply acting to solidify what many already suspect or know.  Irregular/ unnatural sleeping patterns disrupt the body, and can disrupt hormone production which can affect appetite. Here is the article I wrote on how sleep affects health.