This week we have seen a number of articles claiming that the poor health if the UK is due to people being too busy to exercise and lack of...

This week we have seen a number of articles claiming that the poor health if the UK is due to people being too busy to exercise and lack of money, to the point where people cannot afford basic nutrition, and some findings suggesting that high fibre diets can protect your cardiovascular system. 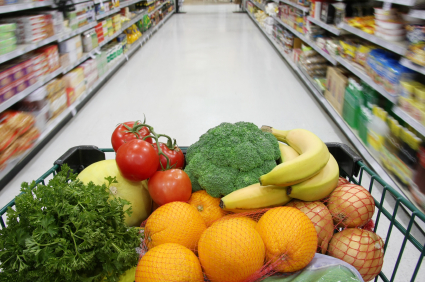 Affordable healthy diet ‘too expensive for many’

Many people do not have enough income for a “decent diet”, public health experts have claimed in an open letter to the prime minister… Read more here.

Considering the UK is the 6th largest economy, you would expect something as simple as basic nutrition to be a given for everyone in the UK. However, with the rising food prices and stunted wages, the UK Faculty of Public Health is claiming that people cannot afford basic nutrition, which is highlighted by the increased used of food banks across the UK.

This is terrible news, feeding yourself is simple basic survival, if people cannot afford basic nutrition, are we becoming a 3rd world country? But hang on one sec, this seems to be a bit contradictory to other research, which shows that the average Briton spends £30 a month on take-a-way coffees, at average of £36 a month on mobile phone contract and a massive £110 a month on take-a-way food, totalling a massive £176 a month on just these luxuries. Whilst I appreciate that these are averages, and will not apply to everyone. Some people will buy more take-a-ways, and some people will buy much less, but it does show that the average Briton has at least £176 spare to spend on luxuries, and there are bound to be other luxuries which people buy too such as bigger televisions and holidays etc.

Personally, I think you can easily meet more than your nutritional requirements on £176 and get rid of these luxuries. We don’t need a take-a-way coffee, we certainly don’t all need to eat take-a-ways, and, although it may seem like we do need mobile phones, we don’t. To test this out, I’ll total up the cost and nutrition for a days meal and compare it to what the average Briton spends on luxuries and publish it in an article next week. I suspect that rather than not being able to afford basic nutrition, many people (not all though) simply have their priorities wrong. You will be able to find the article here next week.

Edit: The article on how much basic nutrition costs can be found here.

One in four don’t eat ANY fruit or veg, and half can’t be bothered to keep fit

Half of British adults cannot be bothered to exercise, while one in four never eat fruit or vegetables, according to a shocking new study… Read more here.

Despite being such a health conscience nation, we are actually extremely unhealthy. Over 50% of the British population are not happy with the way they look, with many of them being overweight.  This ties into the above news story, because most people most blame a busy lifestyle and lack of money for their unhealthy diet. This news article states that “many British adults choose to live on a junk food and sugary drink diet”, which, again, seems to contradict peoples claims that they cannot afford a healthy diet. 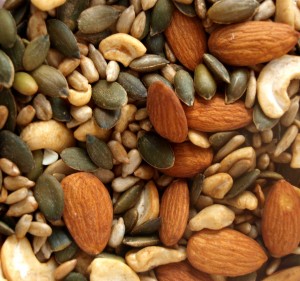 If you have had a heart attack, eat plenty of fibre because it may improve your long-term chances of recovery, say US researchers… Read more here.

Although these findings have not been confirmed in any randomised control trials, current findings suggest that for every 10g-per-day increase in fibre intake was linked with a 15% drop in death risk during the study. To put this into perspective, one banana will provide 3g of fibre and a jacket potato will provide between 5g-7g. Significantly increasing the amount of  fibre in your diet, without consuming excessive amounts of calories from carbohydrates is going to be difficult.

These findings don’t suggest how fibre helps protect the cardiovascular system, but there is a lot of evidence to show that consuming high fibre diets can help lower circulating LDL cholesterol. High circulating LDL levels is known to be an indicator of an increased risk of cardiovascular disease, so the protective effects observed in this news article is likely to be due to the LDL lowering properties.