This weeks health news has seen protein demonised by almost every news company, a push to improve nutrition to school kids, and a breakthrough in HIV research. High-protein...

This weeks health news has seen protein demonised by almost every news company, a push to improve nutrition to school kids, and a breakthrough in HIV research. 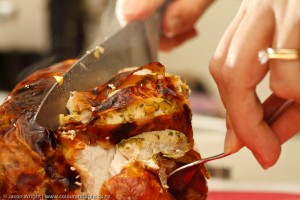 High-protein diet ‘as bad for health as smoking’

Research finds that people who eat diet rich in animal protein carry similar cancer risk to those who smoke 20 cigarettes each day… Read the story here.

This article was everywhere this week, and it looks like shocking news! But, before you put down your steak, lets have a look at some key points of the study.

The first thing which goes unmentioned is the age group which a high protein diet is bad for – “Respondents aged 50–65 reporting high protein intake had a 75% increase in overall mortality and a 4-fold increase in cancer death risk during the following 18 years” So if you are under 50 years old, you are alright with a high protein diet? The study doesn’t really say. OK, so I appreciate that at the end of a 20 year period there might not be many under 50 year olds in the study, but this is a point that the newspapers failed to acknowledge.

Then there is other aspects of participants diets and their lifestyle which go unmentioned. How many of these participants exercised regularly, ate vegetables, smoked, lived off barbecued food or ate excessively? I don’t know, and this is a real problem. Risk of cancer is very rarely down to one specific risk factor, especially one as mundane as how much protein you eat. However, if you ate a lot of highly processed meat, did very little exercise and smoked like a chimney you are very likely to get cancer. I’m not saying that everyone who eats high protein diets are lazy smokers, but we do know that people who have high protein diets are more likely not to care so much about their diet and lifestyle. They typically eat less vegetables and eat their favourite foods which are often meat based (lets be honest here, a steak does taste nicer than a carrot). No mention of other diet and lifestyle factors really makes the findings of this study hard to accept.

This study is interesting though, because it shows that for people between 50 and 65 years old, consuming high protein diets (shown in both human and animal controlled animal models) increases the signalling of GHR-IGF-1 (growth hormone receptor/ insulin growth factor-1), which will accelerate the growth of tumour cells. This is interesting, and helps us understand a very small aspect of our biology, but hold very little relevance to real life. 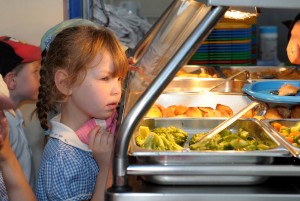 Mission to give kids good food

A report recently released called Better Eating Better Learning is highlighting the importance of school meals being healthy. There is also an emphasis on locally produced and seasonal foods in school dinners, and more food/ health education for pupils.

I think this is great. Thinking back to our time at school there was no education on food and health. At break time we had access to chocolate filled vending machines, and cheap soggy toast made with white bread. The only food related class was cooking class, where we only made deserts. It is a wonder I’m not obese really.

So hopefully this report will not fall on deaf ears, and children will have access to healthier food, and be educated about health and nutrition.

Doctors have used gene therapy to upgrade the immune system of 12 patients with HIV to help shield them from the virus’s onslaught… Read more here.

The HIV virus is extremely difficult to combat, and an effective cure has eluded scientists since it was first discovered. This possible new treatment doesn’t cure HIV, but does help sufferers fight it. The way this treatment works is by genetically re-programming cells of the immune system which will prevent the HIV virus infecting them, and injecting them back into the patient. This will ensure the patient still has an immune system to defend the body against other infections. This method has been deemed safe for patients, and in fact a small number of people already contain this genetic variation making them immune to HIV!
[divider]
Images courtesy of Bored Goldfish, Coventry City Council and NIAID.