Bored silly, or sat at a desk all day? Chances are you will look for something to eat sooner or later to break the monotony. You might not even really want to eat, but you do anyway. You think ‘something small, something quick – just a snack’, but these foods are the worst kind! Whether its that emergency chocolate bar in your bag which you put their just in case you get really hungry, or a doughnut that someone in the office brought in – these snacks are full of sugar. Often more sugar than the body is able to cope with.

So you have a sharp spike in insulin as your body rushes to normalise blood sugar, which causes sugar to get stored as fat. The rush of insulin causes too much sugar to be stored causing an undesirable slump in blood sugar and energy, which can make you a bit peckish. Another snack? Or maybe a big dinner/ lunch, or even a take-a-way. Maybe this doesn’t allllways happen to the same extent when you have a sugary snack, but it does happen to some degree, and it destroys any attempt you make to try and eat healthily.

So here are some ‘unlimited’ snacks you can try: 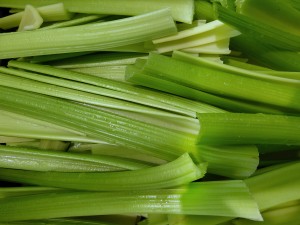 Not to everyones taste, but celery does make a great snack, with one stalk only containing 6Kcals. It is often thought to be a negative food because it has been claimed that it takes more energy to digest than it provides – I’m not too sure about this to be honest.

Either way though, with a negligible amount of sugar, refreshing taste, and a broad sprinkling of vitamins and minerals celery makes a celery a great quick thing to snack on as much as you like.

In reality most veggies are a suitable snack, but as celery requires no real preparation. 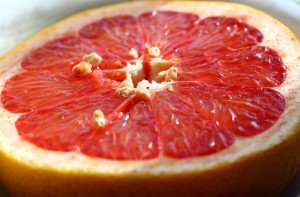 With about 52Kcals and 8g of sugar in half a fruit, you might think this is a strange choice but bear with me:

You probably won’t eat more than half a grapefruit when it comes to a snack, mainly because it isn’t as easy as celery to eat. The time and awkwardness of eating grapefruit will probably put you off the idea of snacking before you get to the 2nd half. BUT, if you do make it to the 2nd half, it still isn’t all that bad.

The sugar is largely fructose, so no insulin spike or blood sugar fluctuations, grapefruit is high in vitamins and minerals (especially red grapefruit), and it contains a pretty interesting chemical called naringenin which stimulates the liver to burn of excess fat. Your not going to see the fat melt away, but every little helps. All these things makes grapefruit an unexpected but suitable snack for anytime of the day. 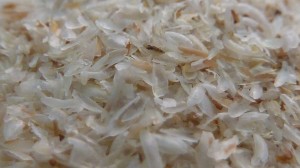 On the label it says that there is 53Kcals per tablespoon, but the vast majority of this will be indigestible fibre, so you don’t actually absorb all the calories for this. In a tablespoon you will actually only get about 2g of carbs, which won’t be sugar, so you will avoid those insulin/ energy spikes.

So, in a tablespoon you will be getting absorbing 8kcals (2g) of slow releasing carbs, which is really great as it effectively drip-feeds this energy to you. Psyllium husks are also great for helping with digestion, and people even use psyllium husk to treat irritable bowel syndrome (IBS). 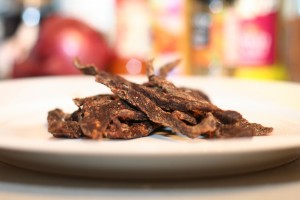 The reason you really want this to be home-made is to avoid added sugar and the various chemicals some companies use, which obviously are not good.

A good quality beef jerky will contain 1-2g of sugar, which will come from the seasoning. If you made this yourself, you could get this to 0, which would be great. Being high in protein and a moderate amount of fat, beef jerky is great for suppressing your appetite and increasing satiety, which will help you fight cravings for other foods. A good beef jerky will also have virtually no effect on insulin levels and so will avoid those insulin/ energy spikes.

Beef jerky isn’t strictly an unlimited snack, but you can eat a reasonable amount without any negative effects, and if it gets you off the doughnuts then its even better!