What are the Main Ingredients in Sports Drinks?

Sports drinks are advertised as optimising your energy, replenishing lost nutrients and improving your sporting performance, but is this a case of hyper-marketing, making you believe you need these... 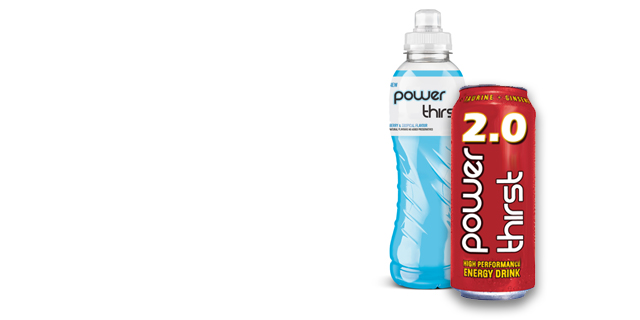 Sports drinks are advertised as optimising your energy, replenishing lost nutrients and improving your sporting performance, but is this a case of hyper-marketing, making you believe you need these drinks when perhaps you don’t. How effective are they really at improving your performance, and are there any downsides to them? This article will discuss each typical ingredient in a sports drink purpose and indeed if these drinks do promote health and sporting performance.

This is simply water with carbon dioxide (CO2) dissolved in. It is acidic, with a typical pH of 3-4, but this is nothing to worry about considering the low pH of our stomach acid. Carbonated and still water are both as hydrating as the other, and hydration is important when exercising! Is this useful for sport? – Yes!

Sports drinks are high in sugar syrup and can contain up to 70g of sugar (or 16.6 teaspoons) of sugar (approx 280 kcals).

We are constantly told that we need to replenish our blood sugars when exercising, because sugar is the first fuel our body will use. Once carbohydrates are used up, the body will move onto burning fats, which, unless you follow a high fat low carb diet is not a nice experience. Long distance runners know this feeling as ‘hitting the wall’, and it isn’t pleasant. Having some simple sugars during prolonged exercise is indeed useful in preventing hitting the wall. However, other than prolonged exercise (such as long distance running), I wouldn’t have thought this is strictly necessary. Someone who exercises regularly can store up to 2000kcals of glycogen in the body, which for most sports is more than enough to carry you through to your next meal. Is this useful for sport? – Yes, but only for prolonged sports/ exercise, 1 and a half hours or more.

This amount of sugar whilst doing a short amount of low intense exercise (such as running 10km, or playing a racquet sport) is unlikely to have any adverse effects. It will most likely be quickly utilised by muscle cells for energy or to replace glycogen. It is when you consume without doing any exercise that it really plays havoc with your blood sugar levels, causing your energy levels to rise and crash, and increasing risk of developing type 2 diabetes.

Citric acid is a common food additive. It is a mild acid, is naturally found in citrus fruits, and is often added to drinks to add flavour. Coincidentally, citric acid is essential for a metabolic pathway called the Kreb’s cycle, which is essential for the production of energy. However, despite this, the quantities found in sports drinks are too low to have any noticeable  affect. The purpose for citric acid on sports drinks is purely for flavour. Citric acid has no known adverse health effects or benefits and is generally considered to by nutritionally neutral in these quantities. Is this useful for sport? – No.

Although lactic acid is often associated with intense exercise (lactic acid is produced in muscles during anaerobic respiration), its sole purpose in sports drinks is as an acidity regulator. Lactic acid is manufactured from natural fermentation processes and is found in many foods. It is also naturally produced in our body and has no adverse effects on the body. Is this useful for sport? – No.

Potassium sorbate is used in many foods as it inhibits the growth of micro-organisms such as yeasts. It is considered non-toxic, and has no measurable effect on the body in the quantities consumed in these drinks. It will irritate your eyes though, so try and get all your drink in your mouth. It has no nutritional benefits or disadvantages, and its sole purpose is to act as a preservative. Is this useful for sports? – No.

Sodium bisulphite is used to preserve flavour, colour and prevent bacteria from growing, and it is found in a number of drinks, especially wines, for these purposes. It is more toxic than potassium sorbate and people have varying tolerance levels to it. When these levels are exceeded it can cause stomach cramps, nausea, diarrhoea and trigger asthma. It has been banned from adding to raw fruit and vegetables after a number of individuals unknowingly consumed a large quantity of it and died. The quantities in these sports drinks tend to be lower than that of wines, and are unlikely to cause problems to most people (unless you are drinking vast quantities). Is this useful for sport? – No.

Caffeine is a known stimulant, and gives a feeling of alertness and focus which is why it is added to many sports drinks. Typically sports drinks contain a little less caffeine than a cup of coffee, which contains 50-60mg of caffeine. This level of caffeine will have varying effects on different individuals, and depends largely on your typical consumption. Some may notice nothing, whereas other may experience great focus, and it is safe to be consuming this quantity of caffeine. Is this useful for sports? – Yes.

Ascorbic Acid is better known as vitamin C and is used in the food industry as a preservative due to its antioxidant properties. Although antioxidants such as vitamin C are often recommended to be consumed after exercise to help neutralise the radicals which have been produced during exercise, the quantities in sports drinks is variable and very low. It is only present in sports drinks to act as a preservative. Is this useful for sport? – No.

Sports drinks will often contain different colours, and the one I have used for this example is sunset yellow. This colour agent has been liked to hyperactive behaviour in children, and there is mounting concern over its effect on nerve cells.. The evidence for its adverse health effects have been so compelling that its use in many food products has been heavily restricted, and even banned in some countries. Is this useful for sport? – No.

Do energy drinks help with sports?? No, not really, although they won’t do you any real harm if you do. They can help with prolonged exercise, but they are not needed for the majority of sports. These drinks also contain a number of preservatives and other artificial chemicals in small quantities, and although they do not pose a significant health risk, they do not contribute to health in any way, and ideally would not be consumed at all. Drinking these drinks outside of sports can play having with blood sugar levels etc, and so should be avoided at all times.