This week we have seen evidence that rising CO2 levels may affect the nutrition in common crops, the Labour party is sounding like they may enforce health, and the...

This week we have seen evidence that rising CO2 levels may affect the nutrition in common crops, the Labour party is sounding like they may enforce health, and the difference in fruits and vegetables for cardiovascular health. 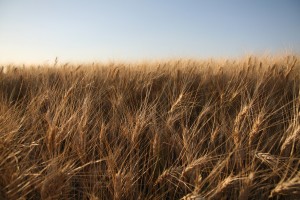 In the first study of its kind to resolve whether rising carbon dioxide concentrations are a threat to human nutrition, researchers have discovered that if levels reach those expected by 2050, crops yielding a large portion of the global population’s dietary zinc and iron will have reduced concentrations of those nutrients… Read more here.


A recent study, claiming to be the first of its kind, has linked the rising carbon dioxide levels with a threat to human nutrition. In this study, wheat and rice (two very commonly consumed crops globally) were grown in an environment which contains the same carbon dioxide concentrations as expected by the year 2050. The study found that these crops had significantly lower levels of iron and zinc, two elements which many people are already deficient in, especially in poorer parts of the world.

With nutrients in crops steadily decreasing due to poor quality soil and over farming, it is getting increasingly harder to get all the nutrients we require just from diet alone. This, now coupled with the effects of rising carbon dioxide levels makes the future of nutrition even more concerning. 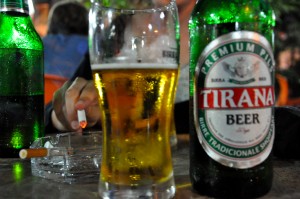 This week the Labour party leader Ed Miliband has announced plans to try and improve the health of the country, which, some people would see as ‘nanny state’ plans. These plans include:

Granted, some of these plans do seem like they are on the verge of forcing people to be healthier, in particular, having half the population exercising in 10 years (although how this will be achieved isn’t explained). However, I would say that many of these aren’t actually a bad idea and are not as extreme or outrageous as the Daily Mail suggest. For example, the displays near the till seem are designed to promote impulse purchases of sugary foods. If people want to buy a chocolate bar, sure, no problem, but supermarkets know that they can make more sales of sweets chocolate if they are placed by the till because people impulse buy. I think it would be interesting to see how fruit sales would change in instead of these sugary foods being sold by the till, single bananas or apples were sold instead. I can imagine people would impulse buy these foods as they do chocolate now.

I’d be interested to know how Ed Miliband plans to get half the population exercising, and how he plans to eliminate smoking, but I do think more political focus needs to be on health and will be following how these plans develop. 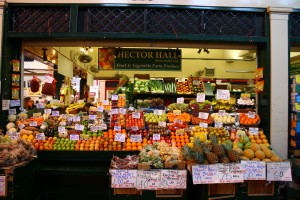 ng fruit and vegetables is the secret of reducing stroke risk

Every 200 grams of fruit cuts the chances of a stroke by 32 per cent while the same amount of vegetables reduces the risk by 11 per cent, a study found… Read more here.

A study, published in the journal Stroke, has shown that fruit and vegetable consumption can dramatically reduce the risk of stroke, even when consumed in quantities lower than government guidelines (which are already quite low). Although this isn’t really new, and certainly isn’t a “secret” (as the Express reported), it does further solidify the evidence that fruit/ vegetables are beneficial for the cardiovascular system. Most people know that fruit and vegetables are beneficial for the cardiovascular system, it is well documented and thoroughly researched. However, what is interesting is that the study distinguishes between the relative benefit of fruit and vegetables.

The study has claimed that vegetables are much more beneficial for the cardiovascular system compared to fruits, which seems to slightly go against the government guidelines of having 5 fruit OR vegetables a day. This study suggests that consuming 5 vegetables a day will be much more beneficial than consuming 5 fruits, particularly with regards to cardiovascular health. For me, this isn’t very surprising, and if you look at the micro-nutrient content of vegetables, they are contain much more vitamins, minerals and phytochemicals than the majority of fruit. Although many people may have already made the assumption that vegetables are healthier than fruit, I think this is the first time it has been shown in a study. Perhaps the government guidelines should be eat 5 vegetables/ fruit, instead of 5 fruit/ vegetables.