I have heard a number of reasons for the obesity epidemic over the last few years – genetics, bacteria in our gut, lack of exercise, food addiction, too much... 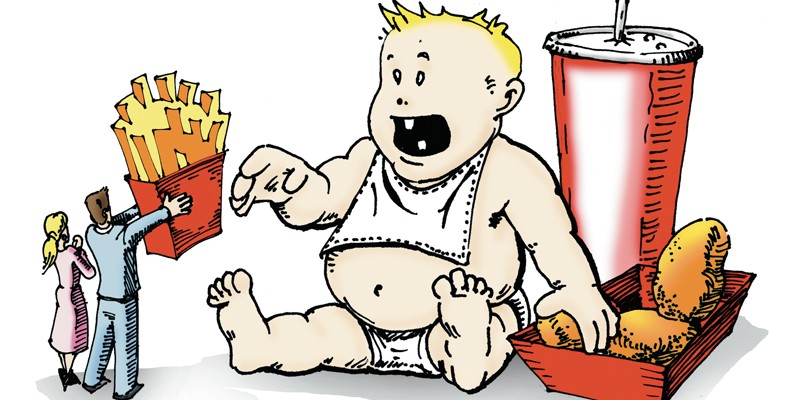 I have heard a number of reasons for the obesity epidemic over the last few years – genetics, bacteria in our gut, lack of exercise, food addiction, too much processed foods etc.

Some of these, particularly genetics and gut bacteria have become quite a popular reason, because it gives obese people an excuse which is out of their control. To me the genetic reason is a load of rubbish, and I am still sceptical of the ‘gut bacteria’ argument too.

I was watching a lecture on food addiction, which presented the evidence for the possibility that foods are as addictive as some drugs. We have seen headlines such as ‘sugar is more addictive than cocaine’, and there is certainly evidence to show that some people exhibit similar behavioural symptoms to drug addicts.. Have you ever seen a small child having a tantrum because they weren’t allowed to have sugar? In fact, now I think about it, I have seen adults get upset when there is no chocolate, not to the same extent as a child, but still, it would appear there is some sort of chemistry there, so food addiction has been something of interest to me, could it be the cause for the obesity epidemic?

Well, all the evidence seems to show that food addiction does exist (especially high sugary foods), and will lead to obesity, but it only occurs in a very small percentage of the population, and cannot be held accountable for the obesity epidemic.

However, another possible cause was brought up by the lecturer – we over consume because that is our culture.

The fact that over consumerism is part of the Western world isn’t new. Almost everyone over consumes, whether it be shoes, suits, gadgets or food. But could this almost innate consumerism be (at least in part) a cause of the obesity epidemic? As a culture, we do consume more than we need, possibly without even knowing it.

I like to think of myself as a pretty level headed guy, I think I don’t fall for this consumerism
behaviour, and just buy what I need, but just thinking about footwear, I actually have 8 pairs!

To me, someone who tries not to buy things for the sake of it, this seems like waaaay to many. In reality, I probably only need 2…or 3, actually I think I need them all….

Ok, so I don’t need them, but I don’t want to get rid of them; I can find a specific use for each, and when they wear out, I will probably replace them. But this isn’t the worst part – I know someone who has a few pairs of trainers he has never even worn, and someone with over 70 pairs of shoes, many of which, she has only worn once!

So we over consume, I do it, and you probably do too to some degree. It is something which we are rewarded and encouraged to do. It drives the economy and makes us feel good about ourselves, and it is only a short step to take material over consumption to food. Have you ever seen challenges is pubs/ restaurants which are something like ‘mega burger challenge’, where you essentially have to eat an oversized portion of food, and receive a prize of some sort? For some reason, it is impressive and considered an achievement to consume too much. This, when you think about it, is really strange. Why is this type of
behaviour rewarded?

I don’t think that this over consumption culture is the sole cause of the obesity epidemic, but I do think it contributes significantly. The problem is, how can we change this culture?

It isn’t as simple as banning/ taxing high sugar foods, or giving people free gym memberships, this is something which our society has developed into, there is no one cause, but rather many causes which combined have resulted in this obesity epidemic…

We need to change the way we think and eat.

I had a thought a while ago, that if from a young age you were given broccoli as a treat instead of chocolate, would you grow up really liking broccoli from some sort of Pavlovian conditioning?