I’ve heard the 5-a-day campaign touted as nothing more than an elaborate marketing ploy. That the recommendations to consume 5 fruit and veg a day come from a 1991 collaboration between the National Cancer Institute (NCI) and the Produce for Better Health Foundation to increase fruit and veg sales. That it was launched with no scientific evidence showing that consuming 5 fruit and vegetables a day would be beneficial in any way, and that it should be completely disregarded and shunned for misguiding the public.

As with so many things, the real origins seem to have been twisted by selecting information which suits a persons specific views on nutrition (in this case, that fruit and veg are bad). Cherry picking information like this is one of the main reasons the nutrition industry is in such conflict with ideas. At best, this idea is only partly right, but makes the 5-a-day campaign sound like it was created with nothing but ill intentions. Here I’ll explain where the recommendations to consume 5 portions of fruit a day originated from, and the origin of the 5-a-day campaign. 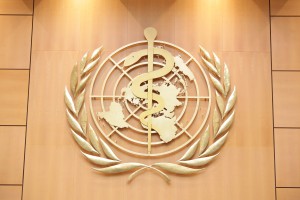 Throughout the 1980’s heart disease was rapidly growing, and the World Health Organisation (WHO) needed to find how it could be slowed, or even better, prevented. They reviewed studies on heart disease prevention, and combined the results, which showed that the more fruit/ veg you consume, the lower your risk of heart disease. The actual results (I’m told) showed 7-8 portions (1 portion being 80g) of fruit and vegetables was the ideal amount to be consuming, however, any increase was shown to have some preventative benefits. The recommendation was lowered from the optimal 8 portions to a conservative 5 portions, because at the time people were eating so few fruit and vegetables 8 portions far too unobtainable for most people, and so people just wouldn’t try. 5 portions (400g) was considered an amount which was much more obtainable.

You can see the WHO document which was published in 1990, (but was a result of a 1989 meeting) here (Part 2 page 112). It clearly states that a “lower limit of 400g of fruit and vegetables should be consumed each day“, which equates to a minimum of 5 fruit and vegetables.


So, in 1990 the WHO (who do not sell fruits or vegetables) made the first ever recommendations that people should eat a minimum of 400g (5 portions) of fruit and veg a day. These results were published at least a year before the ‘no science marketing campaign’ was created.

Fruit veg companies promote it though!

Just because the recommendations are supported by fruit and veg companies seems to fuel the idea that they created it (in collaboration with the National Cancer Institute) in 1991. No, the recommendations came from the WHO, but the 5-a-day campaign was created by fruit veg companies who saw the WHO recommendations as an opportunity. But why wouldn’t these companies support the campaign? It encourages consumption of their produce, really they would be stupid not to support it, but it doesn’t mean they created it out of thin air though! If the WHO released a document stating that drinking 35 grams of sugar a day cured cancer, Coca-cola would be all over the recommendation, and create a similar marketing campaign to the 5-a-day (the 1-a-day campaign I’d imagine?) promoting drinking their product everyday. It would be a missed business opportunity to not use these recommendations.

So the recommendations come from the WHO, but that doesn’t mean that its perfect, far from it in fact – there are a number of fundamental flaws with the 5-a-day campaign. If you look at recommendations that were also released at the time such as ‘increase bread consumption by 50%‘, you can see how limited (or even non-existent) valuable nutrition research was at the time. Having said this, I think the essence of the message, to increase fruit/ veg consumption is still very valuable for the public, because consumption is still very low. Sure, it is a bit over simplified, and there are other foods which are just as nutritious (or even more so) than fruit and veg, but for the general public increasing fruit veg consumption is a great place to start. However, for someone who is very dedicated and focused on their health its not got much value, but I’m sure these people will already know that.