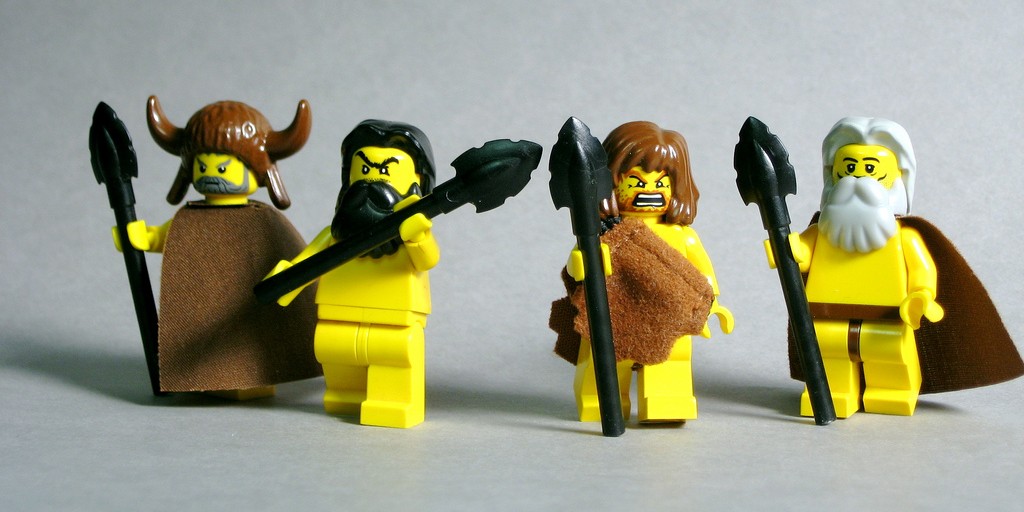 Paleo diet – a ‘natural’ diet for an unatural lifestyle

The paleo diet (or caveman diet) seems to have gone from strength to strength over the last few years. The concept of the diet is relatively simple – to...
by Craig Elding November 14, 2013

The paleo diet (or caveman diet) seems to have gone from strength to strength over the last few years. The concept of the diet is relatively simple – to eat what our paleolithic ancestors would have naturally eaten, or rather may have eaten – we don’t actually know what they ate. The diet assumes that paleolithic man ate lots of animal meats/fats with some berries, nuts and vegetables. The idea is that our genetic make up hasn’t changed (too much) for the last 10,000 odd years, and so neither has our nutritional requirements. I find it interesting and ironic that the paleo diet is based on the diet of our ancestors, who led a very different lifestyle (and so had different nutritional requirements) to what we do today.

It is actually unlikely that we ate quite as much meat as the paleolithic diet suggests. Although we do not actually know much about the specifics of the diet from that era, it is wildly accepted that animal sourced foods were not on the menu every day, let alone every meal. An investigation by Dr Chris Tulleken and Dr Xand Tulleken (brothers) into the diet and lifestyle of tribes living in the Congo basin showed that although meat was a high priority, it was a relatively rare luxury. Yes, they loved meat, and it was a treat (as was honey), but they didn’t get much of either. I know that this isn’t the paleolithic era, but these tribes are not too dissimilar to that era with regards to development, and it is an interesting insight. Short of making a time machine, I’m not sure how accurate we can get to a life model of that lifestyle.

So, to answer the question ‘is the paleo diet our natural diet’ – probably not. Evidence for it, at best, is sketchy, and seems to be based on the fantasy of what we think of cavemen.

Ok, so maybe the premise of the paleo diet is wrong, but is the diet healthy, and is it right for you?

It certainly can be healthy, and for many, probably is. I say ‘can be’ and ‘probably’ because in the world of nutrition, very little is definite. Everyone is unique in their nutritional requirements and lifestyle. For example, a paleo style diet certainly wouldn’t be suitable for a marathon runner (something which many paleo advocates acknowledge). There aren’t many people in the Western world who partake in this level of activity though, typically, we are looking at people who are sedentary for the majority of the day. Their fingers typing away at a keyboard probably travel a greater distance than their feet do – this is the modern lifestyle. We don’t hunt our food, we don’t climb trees or forage, we sit down in warm rooms, and type away, perhaps poping to the gym for half an hour every now and then, trying to shift some unwanted body fat…sound familiar?

To be healthy, these people will need a diet which doesn’t give them large amounts of instant energy but does give them essential nutrients. This is something the paleo diet will do. I also agree with the paleo diet in that I don’t think our body is equipped to be able to cope with the food revolution we have experienced over the last few hundred years. Sugar has come from a rare luxury to a staple food for many, and this is something which the body cannot properly manage. We should be eating real and natural food, not ready meals and pastries.

As with all diet plans though there are problems, and one big issue with the paleo diet is that our genes are actually changing. Any paleo advocate worth their salt knows this, so I shan’t go on too much about it. The big change is lactose tolerance, which came about in Europe some 7500 years ago (although there seems to be some uncertainty about this time scale). This genetic mutation came about from the development of agriculture and farming. Strictly speaking, you cannot drink milk if you are following the paleo diet, because paleolithic man didn’t drink milk. Yet raw milk is considered a ‘super-food’, and is extremely nutritious. In fact, the reason that lactose tolerance is so wide spread in Europe now is because drinking milk gave a significant nutritional advantage over those intolerant allowing them to thrive. I don’t see why it should be removed from your diet now just because it was impractical for cavemen to try and milk wild animals…

My point is that there are genetic mutations are going on all the time, which spread through different population groups, allowing us to thrive in different conditions. As a species we have lived in all sorts of areas across the globe, and adapted to different climates. To suggest that the paleolithic man throughout the globe had the same diet which modern man should mimic (even though we don’t really know what it was) is, well quite strange.

So, although the paleo diet is defiantly healthier than the typical modern diet, it is very unlikely to be a true model of a paleo diet. This is only an issue with the definition though, and unless you are trying to live like a caveman, doesn’t really matter.

From a health and nutrition perspective, the paleo diet is quite a good place to start, and then modify as you see fit. It cuts out modern junk food, promotes eating real food and reduces high carbohydrate loads on the body. It may not be your perfect diet, but that is something only you can identify.