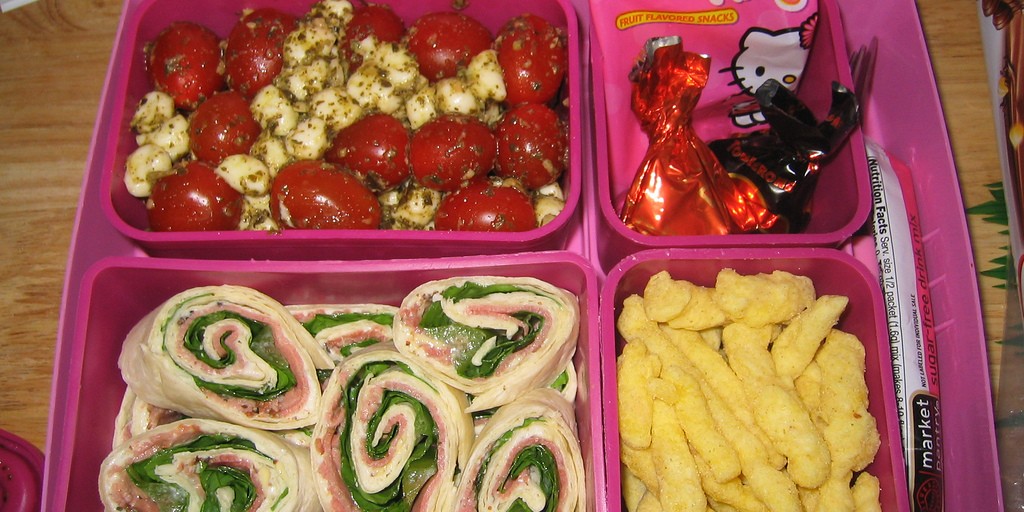 Most mornings I’ll watch the news with my breakfast, and this morning one of the topics was (again) school dinners. This isn’t an uncommon topic, as there are massive...
by Craig Elding July 12, 2013

Most mornings I’ll watch the news with my breakfast, and this morning one of the topics was (again) school dinners. This isn’t an uncommon topic, as there are massive questions about the nutritional value of the dreaded school dinner.

I was very surprised to hear that there is a push to ban packed lunches in schools, and the reason for this is that apparently ‘packed lunches are not as healthy as school dinners’. I rarely do double takes, but I genuinely did here. This was said moments after a reporter stated that there have been many ‘failed attempts at improving school dinners’. One of the most high profile cases being the campaign by Jamie Oliver, was wasn’t as successful as everyone had hoped.

I was one of those kids who had a packed lunch all through school, and looking back I was very grateful for this. I know that my packed lunch was a hell of a lot healthier than what the school provided for us, which not only looked bland but tasted pretty bad too. I don’t remember seeing any fresh veggies at the school canteen, maybe an odd apple, but nothing I think counts as nutritious.

Typically my lunch would contain:

and that was enough to get me through the day. I wasn’t given any money for snacks or anything like that. Now, looking back my at the food offered by the various schools I’ve been to over the years, I remember:

Now, perhaps my packed lunch was something out of the ordinary, my family has always been health conscious. But when I think about what other people were eating it was actually very similar to what I was eating. I remember peoples yoghurt exploding in their lunch box, people trading/ sharing fruits and the girls being amazed that people ate apple whole cores and unpeeled kiwi fruits. Of course, most of us usually had a ‘treat’ for our dessert, which would be something like a chocolate bar or bag of crisps, but as a whole I am confident that packed lunches were much healthier than the school alternative.

So, why the push to ban packed lunches then? Well, the idea is that if everyone is forced to buy school dinners, then the government will be able to provide better and healthier school dinners. I have yet to see any evidence of this actually working, but I think banning packed lunches is a bad idea, and unless school dinners have changed dramatically,  won’t help child nutrition.