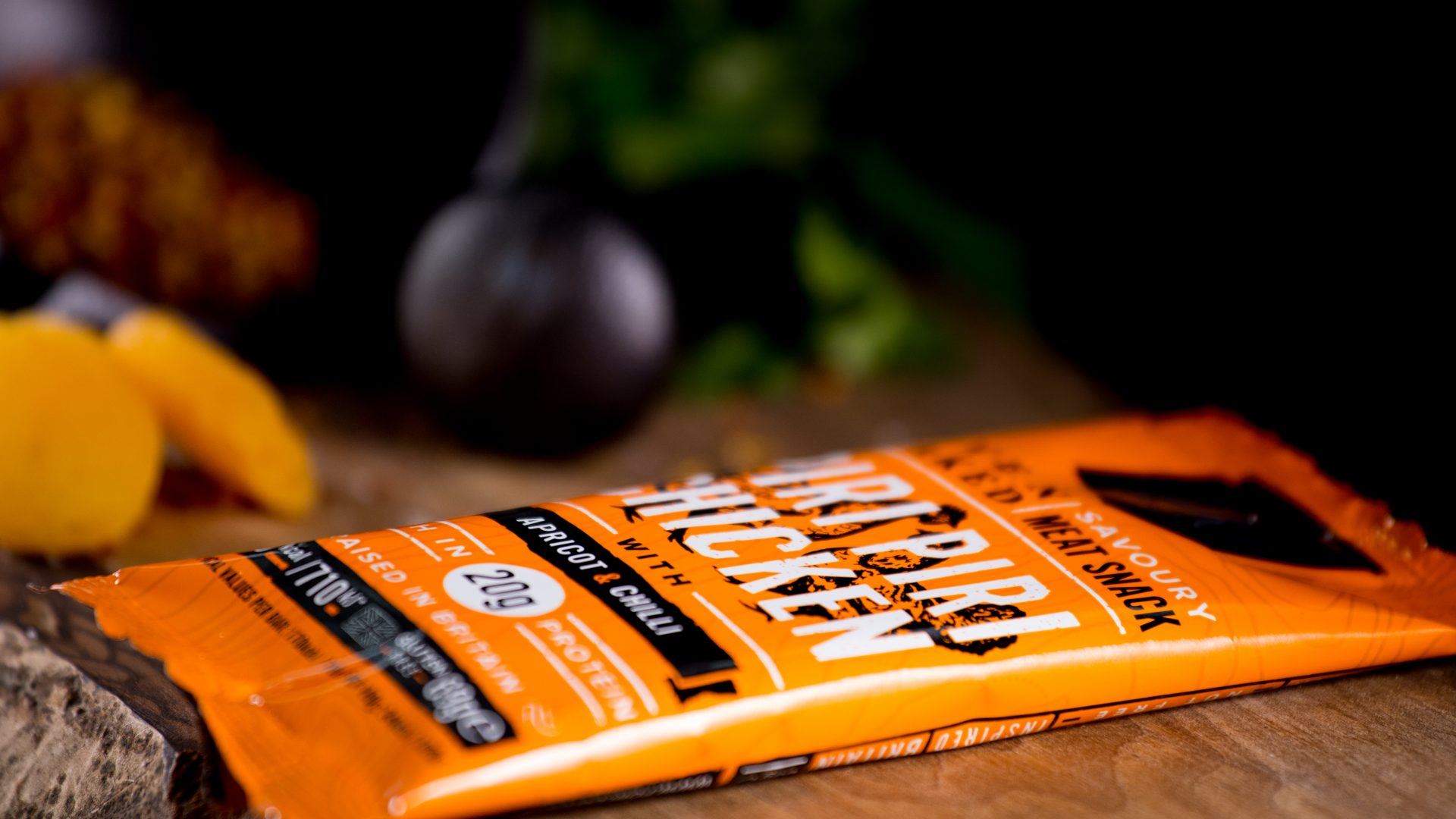 2015-2016 will be looked back on as the ‘age of the healthy snack bar’. I saw a massive influx of seed and fruit based nutritional bars hit the market. There was...
by Craig Elding January 20, 2017

2015-2016 will be looked back on as the ‘age of the healthy snack bar’. I saw a massive influx of seed and fruit based nutritional bars hit the market. There was nothing wrong with most of them – seeds/ nuts and fruit make a fine snack, but they were all pretty similar bbandpv. There is only so much you can do with dates, sesame seeds and almonds. Yet amidst all of these seed bars I came across something which did stand out. Not just for breaking the trend, but for creating something rather unique and nutritious. This is of course the Fori bars, which we had the chance to taste and write about back in 2015. Since our initial sampling of the Fori bars, they went ‘under ground’ for some time, but have recently reemerged with new and improved versions of the bars which we enjoyed almost 2 years ago. Obviously, we were keen to meet up with Fori to see what was new, and of course give them a try!

The Fori bar is a meat based savoury snack bar. It is designed with the paleo diet in mind, and so is low in carbs, high in protein (from grass fed/ free range meat) and made w 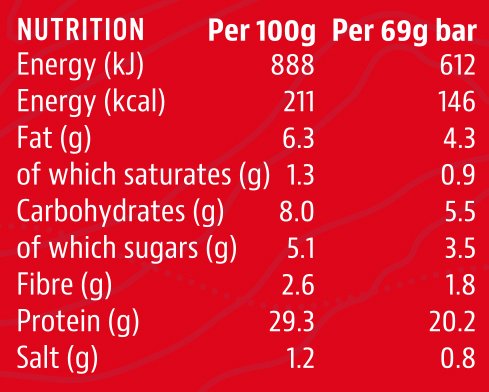 ith actual food (as opposed to highly processed extracts which you see in other high protein bars). It is obvious why I like them.

The bars themselves all have a similar nutritional profile, with each containing around 20g protein, 5g carbs and 5g of fat. It is a welcome change to the carbohydrate heavy alternatives out there, both nutritionally and flavour-wise. You can see the full nutritional profile of the Chilli Beef bar on the right.

The ingredients themselves are all very good too, and I am glad that since the recipe/ production change Fori have kept their food sourcing ideals the same. The meat for example is all grass fed/ free range, which makes up the vast majority of the bar. Being grass-fed/ free range is not only an ethical issue, but is also know to improve the nutritional profile of the meat, such as increasing nutrients such as CLA.

The rest of the bar is made up of herbs, spices and some fruit juices. Compared to some alternative which use things like inverted corn syrup and artificial sweeteners such as sucralose, this makes the Fori look amazing! Fori bars really are made from whole food, which is great. On the right you can see the ingredients of the Piri Piri Chicken Fori bar for reference. 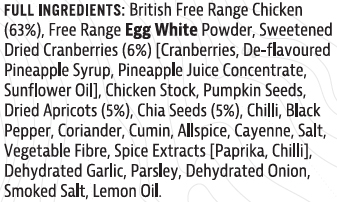 In addition to the Chilli Beef, Fori make a Moroccan Lamb, Piri Piri Chicken and Thai Turkey bars. All the bars have quite mild flavours. The Chilli and Piri Piri flavours for example are not as spicy as some might expect, and I don’t think even the most sensitive to hot flavours would object to it. The flavours were all nice, and there is a good variation with 4 to chose from, but I must say I did I miss the minty lamb bar which they used to make.

In terms of texture, these bars are a little bit like eating a cold beef burger, especially the Chilli Beef bar. The bars are quite moist, particularly the Chilli Beef bar, and so they are a little strange to look at initially. You’d probably expect a dried out meat bar similar to beef jerky, but these are not like jerky at all. I’d imagine you could even heat the bar and use it as an actual burger if you wanted to… Previously, I had compared the Fori Bars to other mainstream protein bars, but in hindsight this isn’t the best comparison. Fori bars are more like other meat snacks like biltong/ beef jerky, or the Epic Bars, which is the only other meat bar I know of. I’ve not had the chance to try the Epic Bars (being based in Texas makes them difficult to get in the UK), but nutritional data is available on their website. Below I’ve compared the macro-nutrients of the Chilli Beef Fori Bar with The Epic Bison Bar and generic beef jerky. This gives an idea of how Fori Bars compare to similar snacks nutritionally. All values are standardised to nutrient per 100g for ease of comparison.

Fori bars have a protein content similar to beef jerky, which is much more than the Epic Bars. They also have much less carbohydrates and fat than both Epic Bars and jerky (although jerky can change depending on the recipe). For either the exercise fanatics or the weight conscious, this makes Fori Bar look the most attractive nutritionally.The high protein and low carbohydrates make them great for increasing satiety, maintaining muscle mass and avoid that bloaty feeling you get with the carb heavy snacks.

Of all the healthy snack bars out there, the Fori bars are certainly one of my favourites. They leave you feeling fed, but not overly full, have a nutritional profile which complements a healthy diet and taste pretty good too. They are not for the unadventurous when it comes to food though. They are different to everything else on the market, and I can see it being too much of a break from the norm for some people. I’ll admit that a moist bar of meat sliding out of a foil packet doesn’t look as appetising as other snacks, and for some, this could be off putting. However, for those who are adventurous, like trying new things, or are health focused, this makes a very good snack. It ticks all the boxes of what a snack should be.