Skate liver oil and ratfish oil are relatively similar products in terms of nutrient content, but do have some important differences. They differ significantly from other marine oils like cod liver...

Skate liver oil and ratfish oil are relatively similar products in terms of nutrient content, but do have some important differences. They differ significantly from other marine oils like cod liver oil and krill oil, although it is often not so clear as to why or how. This article will highlight these differences, look at what makes skate and ratfish nutritionally unique, and help you decide which is most suitable for your needs.

Both skate and ratfish belong to the taxonomy class of Chondrichthyes, which means their skeleton is made of cartilage. This class includes a variety of species, the most recognised being sharks and rays. Skate are most closely related to the rays, and although they look similar to rays with their characteristic ray ‘wings’, they have very distinct differences in their physiology and biology, and tend to live in much deeper water than rays do. Ratfish on the other hand are more closely related to sharks, and share many characteristics with them, but like skate tend to live in the deep ocean.

Cod on the other hand belongs to a completely different class called Actinopterygii, whose skeletons are made of bone. Cod also tend to prefer much shallower water than skate and ratfish, and so live in a very different environment in the oceans. Considering the stark differences between the habitat and genetic relationship between these fish, it is no surprise that the oils of skate/ ratfish are significantly different to cod.

Cod liver oil is extremely well researched, the benefits are well understood and as such, it is a popular product. As a result, the cod liver oil market is extremely competitive, and there is a lot of variation between products. This has lead many manufacturers to improve their processing methods, and provide lots of information about their product to highlight why theirs is so good. This information includes processing temperature, regular and public lab tests and general transparency (it has even lead to some shady and underhand marketing practices too). The competition has generally has been a good thing for cod liver oil supplements though. There is now lots of lab tests for omega-3/ vitamin content, types of vitamins added (if any) and information on sourcing of fish. You can make a very informed decision about which cod liver oil you buy.

Skate and ratfish oils are less well researched and much less competitive, so there is much less information on them. With this in mind, if you are looking for a good omega-3 supplement, then a good quality cod liver oil is a much safer bet simply because of the wealth of information. Also, because of the presence of other compounds found in ratfish and skate oil which are discussed below, the content of omega-3 is likely to be much less than that of cod liver oil. 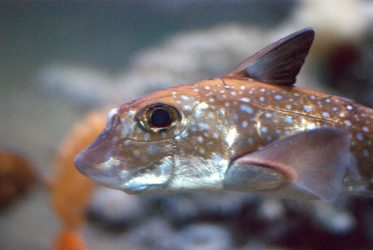 Like cod liver oils, both ratfish and skate liver oil contain omega-3 fatty acids, vitamin A and vitamin D (although the quantity of any is not very clear). In addition to this, both ratfish and skate liver oil contain vitamin E, various other omega fatty acids, and various quinones (possibly including co-enzyme Q10). Most of these nutrients have been covered elsewhere on the site (follow the links if you are interested), and although good for your health, they are not what make these oils unique. Both skate and ratfish contain significant amount of vitamin K2 and large amounts of compounds called alkoxyglycerols and alkylglycerols, which although chemically different1 are often interchanged in literature.

The amount of vitamin K2 in these oil isn’t known, but is thought to be high. One manufacturer claims that testing for vitamin K in marine oils isn’t very accurate, and so don’t test for it. Vitamin K testing has been done in other marine oils, but not to a high degree of accuracy, and is not common practice. Despite unknown quantities, the vitamin K2 content of these oils is thought to help decalcify the pineal gland. Calcification of the pineal gland can affect its function which is related to the production of various hormones and the regulation of the circadian rhythm2. Currently, there isn’t any research into the effect of vitamin K, skate or ratfish oil on decalcifying the pineal gland. However, we do know that vitamin K is involved in the regulation of calcium in the body, so it does have the potential to do so. Both skate and ratfish oil are thought to have comparable amounts of vitamin K2.

To support this claim, there are many anecdotal reports of these oils helping to decalcify the gland. The evidence of this being vivid dreams when taking these supplements, which is a typical result of decalcification of the gland. Although anecdotes are far from conclusive, all the current (albeit limited) evidence does suggest that these oils can help decalcify the pineal gland.

Species of fish like skate and ratfish which are related to sharks are a great source of these compounds. It is these compounds which are found in high quantities in shark oil, and give shark oil its anti-cancer properties. Both compounds are well documented for supporting the immune system, acting as a remedy for the effects radiation therapy, and as a treatment for some cancers. In particular, these compounds have been shown to stimulate to activity of immune cells called macrphages which ‘engulf’ and destroy foreign material in the body, including cancer cells and bacteria. In mice, oils containing these compounds has shown to reduce cancer proliferation by as much as 39%, demonstrating quite remarkable effects3.

The amount of alkoxglycerols and alkylglycerols in both fish isn’t something widely tested. It can be as high as 50% of the oil, but testing for concentrations of these chemicals isn’t very common4. One producer of ratfish oil has tested levels of 14%-30%5, which although less than 50%, is still a very meaningful amount. There isn’t any reliable figure for the amount found in skate oil, but considering ratfish are more closely related to sharks than skate, the content in skate is likely less than ratfish. 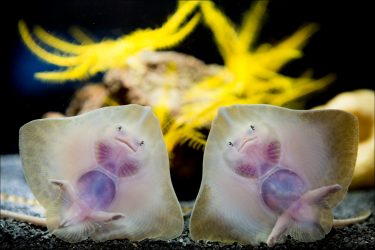 The content of squalene in skate and ratfish oil is very variable. The limited amount of research in this area suggests that squalene content of these fish ranges from 0 – 20% of the oil6. This could be due to the accuracy of the measurements taken (similar to vitamin K content) or the life cycles of the fish. Other similar fish (such as the catfish) have had squalene concentrations of as much as 40% tested in the oil, which would be expected to be similar to skate/ ratfish. Researches do comment that other molecules in the oil could be preventing accurate measurements, and I believe that this is the main cause for the range of readings. Generally speaking, skate liver oil is thought to contain more squalene that ratfish, but there isn’t a great deal accurate research to support this.

With regards to the oil supplements there will almost certainly be squalene present. The supplements are made from a large number of fish, so if some don’t contain squalene (which is unlikely, but possible) it doesn’t matter. People have reported that taking skate liver oil greatly improves their skin health, which may well be due to the squalene content7.

Squalene is a potent antioxidant, and has attracted the attention of the scientific community for its cancer treatment potential. It is much less researched in this area compared to alkoxglycerols/alkylglycerols, but the current research has shown that increasing squalene intake boosts the immune system, helps protect against cancer and helps to keep the skin hydrated7. Squalene concentrates mostly in our skin, where it is able to protect the skin from oxidation by UV light8. It is something we naturally produce is sebum (oil produced by the skin), and makes up about 13% of the sebum.

Chondroitin is known for improving joint health, and reducing pain in joints. It is relatively well researched, and studies have found that it is more effective than a placebo8, but most effective when taken in conjunction with other supplements such as glucosamine. The content in skate or ratfish isn’t known. There is little research into chondroitin, and although its content in skate/ ratfish is thought to be considerable there are cheaper sources available.

Skate and ratfish oil are extremely interesting marine oils. In truth, I think there will be more nutritionally beneficial compounds identified in them as research continues. However, judging if they are a suitable supplement for you or not has to be done on this ‘tip of the iceberg’ research, which isn’t ideal. The compounds that have been found in them do offer some interesting and rather unique benefits for the immune system, and they contain a range of important nutrients (albeit in unknown quantities). Current evidence does suggests they can help to decalcify the pituitary gland, but there is no question that much more research is needed.

Nutritionally, both skate and ratfish oils are similar. If push came to shove, I would say that ratfish contains more alkoxglycerols and alkylglycerols, whereas skate contains more squalene and chondroitin. The primary purpose of both as a supplement would be to promote the immune system (particularly against cancer), and decalcify the pituitary gland. If these ailments are of concern for you, then either of these supplements are a good choice, particularly when considering the variety of other nutrients they contain. However, if you are just looking for a good and natural omega-3 supplement, then perhaps a good cod liver oil would be more suitable.