This week we have how sleep benefits memory, why cooking everything from scratch might not be enough to keep them healthy, and a woman who fought off her 6th...

This week we have how sleep benefits memory, why cooking everything from scratch might not be enough to keep them healthy, and a woman who fought off her 6th attack of breast cancer by cutting out dairy. 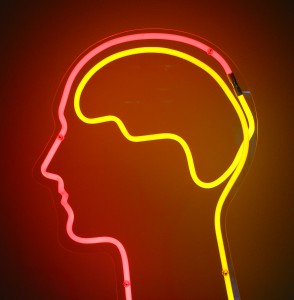 The mechanism by which a good night’s sleep improves learning and memory has been discovered by scientists… Read more here, and the study here.

This news story reports the recent finding by US and Chinese scientists which have used an advanced microscope to see new connections being made in the brain whilst people sleep. These connections are vital at improving memory, and can only be made it seems, during your sleep – meaning sleep is a key factor in memory function.

The importance of sleep has appeared a lot recently in the news, and it was only last week we saw a study released which links exposure to light when you are sleeping with obesity. There is increasing evidence to show that disrupted sleep contributes to a whole host of ailments from obesity to diabetes, both of which are on the rise. If you have disrupted sleep there is a number of things to do to try and improve it:

Being healthy isn’t just about eating the right food, you need to exercise and sleep properly too. 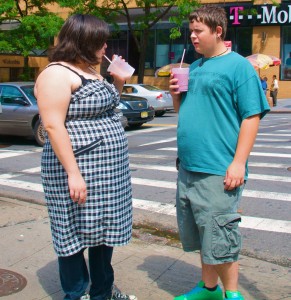 Bringing up your kids on healthy home made food might not be enough to solidify healthy habits later in life. This story highlights how some teens can be sneaky about what they eat, and you can see from the food diary by the teenage daughter that what she eats is shocking, and that she doesn’t care.

This is just one case study, but the story does make some good points about middle class teenagers – they are more likely to have excess money for fast foods and the parents are more likely to drive them rather than letting them walk. They typically will exercise less, and be able to eat more junk food. These two factors greatly increase the risk of weight gain, and can lead to an increased risk of cardiovascular disease, obesity, and diabetes. I’m not sure what the answer to the problem is, after all, if children really do want to eat junk they will find a way. I would have thought that being brought up with home-made healthy food would instil good eating habits. Perhaps better education on the importance of eating healthy, exercising and avoiding junk food would help. Casting my mind back to high school there was no information about health, and even in cooking class we would always cook high sugar desserts, nothing remotely healthy – maybe this should change. 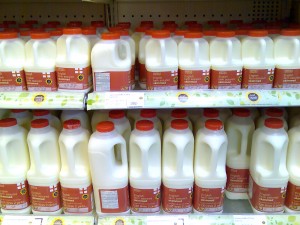 Give up dairy products to beat cancer

A leading scientist, who has been fighting breast cancer since 1987, says the disease is overwhelmingly linked to animal products… Read more here.

Jane Plant, a Geologist who has contracted breast cancer six times says removing animal products, such as animal protein, fish, eggs, milk and yoghurt are the reason her latest cancerous growth has disappeared. This has lead her to devise the anti-cancer diet Plant programme – a dairy-free diet, relying largely on plant proteins such as soy which she claims is similar to that of rural China.

Whilst there are many benefits of a plant based diet such as reduced risk of eating trans-fats, not eating highly processed meats such as burgers/ sausages and an increased amount of certain vitamins/ minerals, I think there are a few problems with this diet. First of all, it is based on one persons experience, so its very questionable how effective this will be for other people, one person is far too small of a population pool for an valid experiment. Secondly, she makes short sighted claims like ‘soy is healthy’ . She doesn’t seem to distinguish the difference between fermented soy and unfermented soy, of which there is a big difference. Fermented soy is healthy, and is the form which is high in the diets of Chinese, whereas unfermented soy (abundant in Western products such as tofu and soy milk) is not healthy. unfermented soy contains phytic acid which commonly referred to as an anti-nutrient because it inhibits the absorption of many nutrients in the digestive system.

Soy products are also very high in phenolic compounds called isoflavones which are able to mimic the action of oestrogen in the body, effectively increasing circulating oestrogen. This seems counter productive at protecting against breast cancer, as oestrogen promotes the growth of breast cancer cells. In fact, a commonly prescribed drug for breast cancer is letrozole, which suppress oestrogen.

I haven’t looked into the diet in great detail, but the few things that jump out at me make me a little sceptical. I certainly won’t be cutting out animal products form my diet, they are just too nutritious!