This weeks health news has seen an abundance of articles covering sugar! I haven’t covered all the stories about sugar, but have picked the 2 most interesting. There have...

This weeks health news has seen an abundance of articles covering sugar! I haven’t covered all the stories about sugar, but have picked the 2 most interesting. There have also been a couple of interesting break-throughs in cancer research.
[divider] 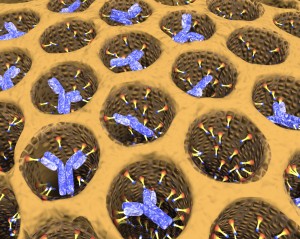 When cancer is in a localized area, such as one part of the skin, it is easy, or at least easier to treat, and survival rates are much higher. It is once the cancer spreads throughout the rest of the body (call metastasis) that survival rates plummet and the already serious condition gets more serious. Metastasis cancer is responsible to about 90% of all cancer deaths, and if metastasis can be prevented, or at least controlled, then cancer suffers may be able to avoid going into metastasis.

This is what a group of scientists at Cornell University think they have managed to do. They have designed nanoparticles which can kill migrating cancer cells, which in theory should be able to stop the cancer spreading, and prevent metastasis. This is very exciting, and if proven to be successful could benefit a massive number of cancer patients. 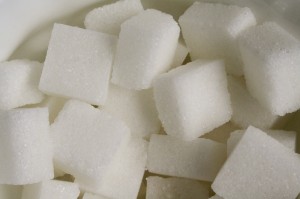 Sugar is “worse” than tobacco and should be regulated as such, a campaigner has claimed… Read more here.

A group of doctors and campaigners have announced that they think that the impact of sugar on the publics health is as bad as tobacco, and it should be regulated as such, in an attempt to reduce sugar consumption. If this were to happen, then it would have a massive impact on the food and drink industry, and the whole way in which we, as a country, would eat. Obviously this has come against some heated opposition, from politicians such as Andrew Lansley and members of the Food and Drug Federation alike, which call this claim ‘ludicrous’. Andrew Lansley (who was the health secretary until 2012) says that these claims are inaccurate, and at any rate the food industry has already had to lower the salt content of many foods, and sugar content should not be slashed, but rather be part of a voluntary and gradual change.

Members of the Food and Drug Federation have clear reason not to support this claim, so much food is high in sugar it would flip their whole industry on their head, and would probably result in a loss of money for many.

I would be tempted to agree with the doctors on this one. The problem is that the impact on sugar on the publics health is extremely hard to measure, and so putting an exact figure on it is near impossible, whereas tobacco and smoking is much easier to measure. So without any actual concrete evidence it will be very hard to progress this campaign any further, especially with such strong opposition.

I do think that sugar is having a very serious impact on public health – it is in everything and I personally think it is the cause of most modern disease. But can you imagine if sugar became as regulated as smoking? You would need ID to buy a can of Coke, which would cost £5… I would find this kind of change both refreshing and hilarious, but it is far too drastic to actually come into affect, certainly in the short them. Powerful and influential companies are built on sugar, and then there are those of the public who would oppose the action too (possibly only from their sofa though.. – I joke).

So although I agree, sugar should be reduced in foods, I do think the only way this will come about will be as through gradual (by possibly enforced) change.

Another news article this week from the BBC has highlighted some foods which are surprisingly high in sugar, which shows how integral sugar is in our lifestyles, and how difficult it would be to elimiate.

Scientist have found a protein which predicts whether women will survive breast cancer without the need for chemotherapy… Read more here.

After removal of cancerous tissue, it is almost always recommended that the suffer undergoes chemotherapy to ensure that the cancer will be destroyed. However, chemotherapy is extremely unpleasant, and has a number of side effects. Scientists now claim that they have discovered that the presence of a single protein called DACH1 is a strong indicator that women will survive surgery without needing chemotherapy. Women who had this protein were found to have lower grade tumors and lower death rates that those without. It is also estimated that up to 60% of the population of woment will have this protein present. This discovery could mean many women would be able to avoid the painful chemotherapy.

Since sugar hit the headlines at the start of this week, health news has been covered by the sugar content of food and how much we consume. This story is interesting because it shows how a member of the public who has very little nutritional knowledge has actually increased their sugar consumption by trying to reduce it.

Health messages are convoluted, confusing, misleading and sometimes even wrong. The problem isn’t just with government messages (which to be fair are getting better), but with the health messages companies put on their own products. It is very easy to manipulate information (which I demonstrated here) on foods to make them appear to be something different. One example from this article is a can of Heinz tomato soup, which (from Heinz’s own website) claims: “Heinz Tomato Soup counts as one of your 5 a day” and “contain no artificial sweeteners and at least 25% less salt than standard recipe”. Heinz are very good at making their tomato soup look very healthy and avoid information such as each can contains 14.9g of sugar, which is over 3 teaspoons if sugar…

What are your thoughts on this weeks health news?