Should I stop eating gluten?

Gluten in the body Gluten is a protein complex which is found in grains such as wheat, oats and barley, and as far as our bodies biology is concerned,... 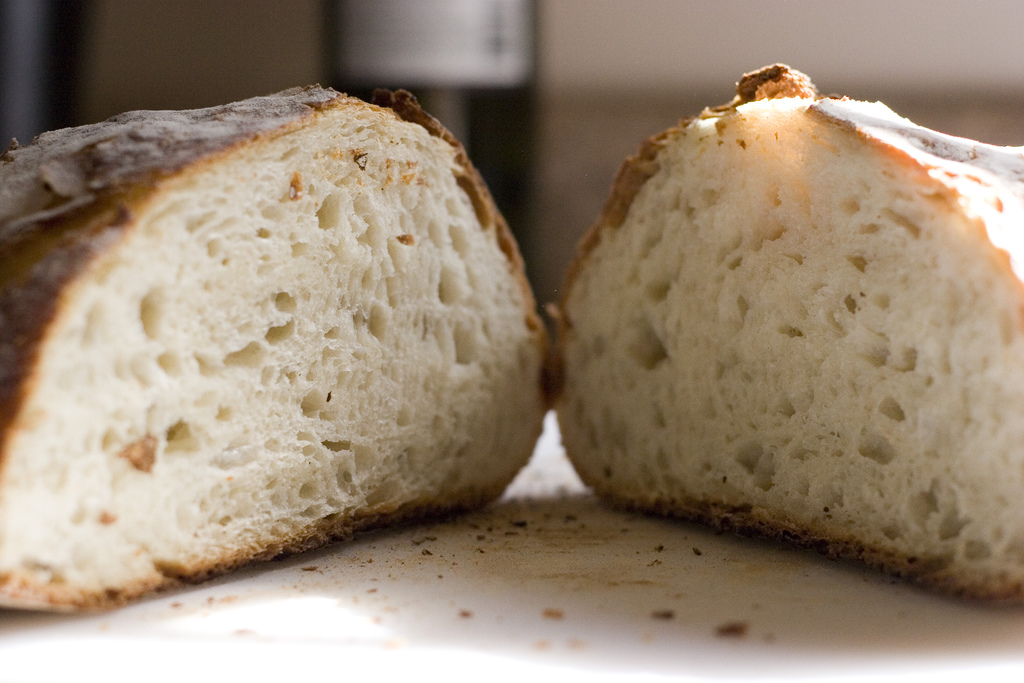 Gluten in the body

Gluten is a protein complex which is found in grains such as wheat, oats and barley, and as far as our bodies biology is concerned, we may as well have just started eating gluten yesterday. Evolution is a very slow process, and our body doesn’t really know what to do with gluten – we struggle to digest and process it. But, just because our body can’t really deal with gluten, and its not what our body evolved to eat, does that mean it should be removed from everyone’s diet?

Well, first of all, gluten isn’t the only food which is new to our biology. In fact, virtually all the food we eat today is very different to the food our body is designed/ evolved to consume. Even if you avoid highly processed foods, and stick to just fruit, meat and vegetables, the nutrient content is so much lower today than it was thousands of years ago, so you would be missing out on many nutrients. Even in the last 100 years the micro-nutrient content of common vegetables has dropped 81%, which shows the potential for massive nutrient deficiencies. So to combat this, you will either need to eat much more food, or use supplements – and no matter how natural you try and get it, it still won’t match what early man ate. On top of that, there are environmental pollutants, and even if you eat organic, you can’t escape them, many are in the air.

So basically, the environment we live in is extremely different to early man’s, and we are consuming things everyday which our body cannot properly process. Most foods will have some sort of chemical (natural or not) which our body is unable to digest, but is that a good enough reason to avoid eating that food? Our body struggles to digest cellulose (plant cells), does this mean we should all avoid eating plants? Obviously not.

So it does beg the question – why are so many people gluten free?

I can see 3 reasons why gluten free diets are getting popular:

Many people can have either condition and it can go undiagnosed for many many years, and as much as 95% of suffers are undiagnosed, and it is more common in the in Europe and American than Asia. Both ailments are relatively new (particularly gluten sensitivity), and dare I say it… gluten sensitivity is actually a popular disease… People like to say they are gluten sensitive, regardless of any actual real diagnosis. Typical symptoms of gluten sensitivity (such as fatigue) can be caused by any number of things – just because you have heard gluten can make some people tired, doesn’t mean that what is making you tired.

I once heard someone say “where there is a disease, there is money to be made”, and coeliac disease/ gluten sensitivity are a perfect example of this, especially as the majority of gluten sensitive/ coeliac suffers are undiagnosed. A quick search on Amazon goes to show how much food/ literature is being sold as gluten free, and then there are ‘nutrition quacks’ who advocate gluten free diets as a solve all ailments diet. It is in the interest of many people for everyone to believe they are sensitive to gluten. This is illustrated in a sketch from That Mitchell & Web Look. (Not all nutritionist are like this – I promise!)

So, Should I stop eating gluten?

Unless you are actually diagnosed with coeliac disease or gluten sensitivity, then there is no need to avoid gluten. Just because your body can’t process it, doesn’t mean you need to avoid it. There are many people who have no ill effects of gluten.

Having said this, I would recommend that people avoid many gluten products. Not because of the gluten, as much as the actual food. Breads and pasta are so devoid of nutrients, and often very high in simple carbohydrates, both of which can have a negative impact on your health. I don’t like using the term ’empty calories’, as it is so strongly linked to Weight Watchers and other diet groups, but breads and pastas really are empty calories, and people eat them all the time! You get no real benefit from them except energy and not feeling hungry for a while. You can have these nutrient bare foods at every meal – toast for breakfast, sandwich for lunch and a pasta meal for dinner. The calorie/ nutrient ratio of gluten products is very poor. This, combined with the fact that our vegetables are already very low in nutrients, can result in massive nutritional deficiencies.

Substituting gluten foods with healthy foods can make a massive difference to your nutrient intake. Instead of toast, have yoghurt with fruit, instead of a sandwich have a chicken salad, and instead of pasta try and have something like a sweet potato, or at least some brown rice.