This week we have seen more pressure on the government to implicate a sugar tax, the possibility that smoking will be banned for anyone born after the year 2000,... 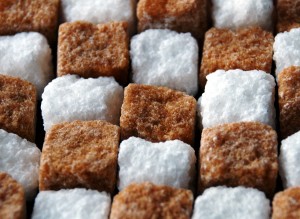 A “sugar tax” should be introduced by the UK government to help curb obesity in childhood, a campaign group says… Read more here. Action on Sugar is a group of experts which are concerned with the amount of sugar being consumed in the UK, particularly amongst children. With one in three children overweight, and one in five being obese, there is a real cause for concern, and not enough is currently being done about it. The group have put forward a plan to specifically try and tackle childhood obesity, with these key points:

A tax on high sugar foods isn’t a new idea, and it has tried to be done a few times before by a number of people/ groups (The Health Cloud included), but with little luck. It was only last week we heard that a group of dentists were putting pressure on the government to try and implement laws to reduce sugar consumption by 75%, so pressure is mounting, and coming from different angles I think pressure to reduce sugar increases, it is now a matter of when the tax will be implicated, rather than if it will happen. The Department of Health have said that they will consider the recommendations, but I am sceptical that anything will come of this for the time being. [divider]

TWO hours of exercise are needed in order to burn off the calories in a can of a fizzy drink and a packet of crisps, the country’s leading expert on obesity has warned… Read more here. Professor Donal O’Shea, who is head of the obesity management clinic in St Columcille’s Hospital in Dublin is also calling for a sugar tax, also claiming that it will help reduce childhood obesity. Again, this is a welcome bit of news – more pressure to reduce sugar must surly result in some action, even if it isn’t as drastic as health experts would like. This news is from Dublin, so the call is on a different government to ours in the UK, but I still think it will help raise awareness of the importance of reducing sugar in our country too. Come on UK, lets lead the way rather than follow! [divider]

Smoking should be banned for anyone born in the UK in the 21st Century, doctors say…Read more here. This week was the British Medical Association (BMA) annual conference, and at this conference it was agreed that smoking should be banned for anyone born after the year 2000 in the UK! It sounds dramatic, and it has already been met with some criticism that it is just headline grabbing, and will in fact encourage young people to smoke as it is the forbidden fruit. It did grab my attention, and although I doubt it will be enforced I do quite like the idea, we know how smoking affects your health, and there is no benefit to it – so why shouldn’t it be ultimately banned? I’d be interested to see how this will develop with e-cigarette laws which have gotten a lot of news coverage for the last couple of weeks. Will we see complete ban of conventional cigarettes but a greater rise and availability in e-cigarettes? It would be an improvement I guess, but only slightly. [divider] 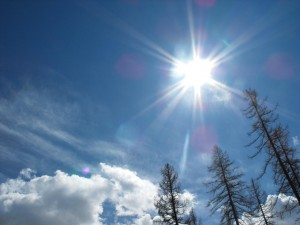 Researchers have provided evidence for low levels of vitamin D have a causal role in the development of high blood pressure (hypertension)… Read more here. This is good news if you suffer from hypertension and need to take drugs which have nasty side effects to lower your blood pressure. Research recently published in The Lancet has shown that vitamin D supplementation can help to reduce blood pressure, and may be able to replace the use of drugs in some circumstances. The researches have said that there is a possibility that these findings could be by chance, and need confirming from other independent studies before they can be considered for drug replacement, but it is promising. So, don’t throw away your drugs just let (if you do really need them that is), but if you do have high blood pressure, then you might want to consider taking a vitamin D supplement to help reduce it. The best sources are natural ones, so look for a natural fish oil, or, if you can afford it just eat some more mackerel! [divider] Images courtesy of howzey, lendingmemo, yourdon and gr33n3gg.