This week we have looked at the relationship between vitamin C and cancer (again), statins (again), breast cancer (again) and the cosmetic industry. I promise, these are all new...

This week we have looked at the relationship between vitamin C and cancer (again), statins (again), breast cancer (again) and the cosmetic industry. I promise, these are all new news stories! 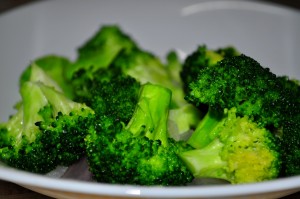 High-dose vitamin C can boost the cancer-killing effect of chemotherapy in the lab and mice, research suggests… Read more here.

Research in both humans and mince has shown that vitamin C can kill ovarian cancer cells without affecting normal cells, alongside chemotherapy. Natural treatments, such as taking vitamin C, are much safer and have less side effects than traditional cancer treatments, this research has shown that natural treatments may be a possible avenue for effective alternative treatment. However, this has come just after research last week showed that high dosages of vitamins can actually cause cancer cells to develop faster, so there is clearly still much more research needed on this.

This much needed research is unlikely to happen any time soon, for the simple reason that there is no money to be made in vitamin C – it cannot be patented. Large scale research on cancer usually revolves around pharmaceuticals, because manufacturers of these drugs can patent them, and if they prove to be effective, can make large amounts of money from it. For example, Roche, the manufacturers of Tamiflu sold £500 million worth of the drug to the UK government, because they released trial data which showed that Tamiflu ‘reduced complications’ for people who catch the influenza virus. This type of money cannot be made from vitamins, and so research will remain small scale until funding can be found for large scale operations.

Guidelines call for more people to be put on statins 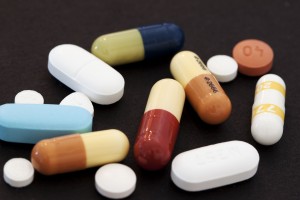 Millions more people should be put on cholesterol-lowering statin drugs to protect them against heart attacks and strokes, according to draft guidelines for the NHS in England… Read more here and here.

NICE (National Institute for Health Care Excellence) has released recommendations to widen the scope for those who will be eligible for statins. Currently, if you are at a 20% risk of developing cardiovascular disease over the next 10 years, your doctor is able to make statins available for you. These new recommendations suggest that this risk factor should be reduced to 10%, and this would ‘save thousands of lives’.

Statins are regularly in the news, and it always seems to be because people are pushing to make them more readily available, but I am not a supporter of this. Quick fixes like statins have serious negative side effects and should only be taken as a last resort. Yes – they will be needed for some people, for example, elderly, who many not be able to significantly change their lifestyle, but those who are able to change their lifestyle should! A risk of cardiovascular disease is a way of your body saying that you are killing yourself by eating crap and not exercising. Taking statins isn’t changing this, it just reduces the risk of cardiovascular disease, but this problematic lifestyle is also likely to lead to type 2 diabetes, cancer and a whole host of other ailments.

To put this 10% chance of cardiovascular disease into perspective –

A 10% risk of cardiovascular disease in the next 10 years is actually very small, too small to be prescribing statins.

A new breast cancer drug is now available on the NHS which has been shown to help treat highly aggressive forms of breast cancer. Unfortunately this doesn’t cure breast cancer, but it does increase life expectancy with fewer side effects. Although I personally wouldn’t say this was a ‘huge step forward’, it is a step forward, and the more that is learnt about how cancers work the better.

Interestingly, to highlight my earlier point, this new drug is also made by Roche who have patented the drug, meaning that treating a patient with this drug will cost the NHS £44,000 per patient – there is a lot of money to be made in cancer. 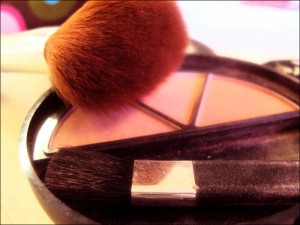 The NHS medical director for England has criticized recent changes to regulations for the cosmetic industry, and want to have them much stricter to protect patients – and I agree. Anything from hair laser treatment to botox treatment is being dished out willy-nilly, and recent changes to regulations of these hasn’t changed tackled this properly. These treatments do potentially have some serious negative side effects, and can be very hard to reverse, yet people see them as little more than a change of make-up, and not as surgery at all. This is enforced by financial offers, such as 20% of certain treatments, which encourages impulse purchases and make sit feel more like buying a new top than undergoing surgery for many.

Some of the regulations which are being called for enforcing are a ban on offers and discounts, formal qualifications for people injecting botix and certificates of competence for surgeons – thinks which I would have expected to be in place anyway!