This week covers the effects of vitamins on our health and physical performance, a possible clamp down on causes of obesity and further restrictions on smoking. Vitamin pills...

This week covers the effects of vitamins on our health and physical performance, a possible clamp down on causes of obesity and further restrictions on smoking.

Taking some types of vitamin supplement may make it harder to train for big endurance events like marathons, researchers in Norway suggest… Read more here, and read the research here.

Vitamin pills are very popular with all athletes, we are told that exercising produces harmful radicals (which it does), and so to protect our body from damage, we need more antioxidants, particularly vitamin C and E. This does make sense, which is why it has been taught as fact for so many years, after all, we know that radicals harm our body and cause a number of ailments, why wouldn’t we want to neutralize as many as possible? Well, because it isn’t natural.

Before vitamin pills, farming and modern technology, we, as a species, did quite a lot of exercise. This would produce radicals in the body which would cause damage because we couldn’t neutralize them all with pills. It is now thought, as a result of this study, that our body required these radicals to adapt and increase endurance, and that by neutralizing these radicals, cellular adaptation might be hindered. This does seem to make sense, but with regards to marathon runners and high intensity athletes who produce vast amounts of these radicals, vitamin supplements may still be needed. It might be more about getting the right balance of antioxidants/ radicals to stimulate adaptation, but prevent long-term damage. 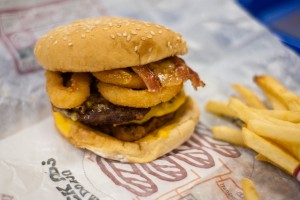 Now, according to a new study, governments could help reduce obesity rates if they regulated the fast food market… Read more here.

I couldn’t agree more – and although the headline of this article isn’t news, the recommendations by the World Health Organization (WHO) is news. Recommendations include governments to clamp down on the way they advertise to children and possibly offering incentive to grow/ sell healthy food.

I certainly think that the way fast food is advertised to children needs to be addressed, it is almost criminal the way some companies target and manipulate children to get their parents into their fast food chains. Its not just a public health issue, but also an ethical one, and I would welcome stricter regulations on these companies. 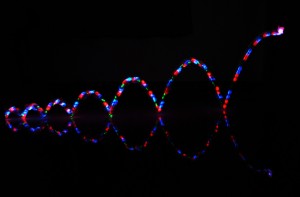 Antioxidants Could Spur Tumours by Acting on Cancer Gene

Cancer cells are always developing in our body, it is part of natural and our biology. Fortunately, the cancer rarely develops because we have inbuilt anti-cancer mechanisms. This include parts of the immune system, which can seek out and kill cancer cells, but more importantly is the fact that all cells are able to suppress tumour growth and prevent DNA damage.

This study has shown that low dosages of a number of vitamins can inhibit the natural defences of the body which suppress tumour development in mice. Although this is little more than an investigative preliminary study, it does highlight an avenue which needs further research in. Would consuming high levels of natural vitamin C have the same effect? Can we expect the same thing in humans? What is the effect of high dosages/ moderate dosages? These are all questions which need to be investigated. 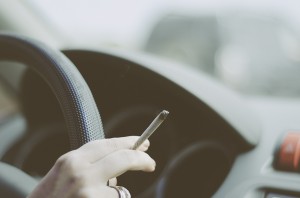 More than 700 doctors and other health experts have put their names to a letter urging MPs to back a ban in England on smoking in cars with children present… Read more here.

Is this an example of a nanny state, or protecting the vulnerable next generation? I would argue the latter, but I know that there will be many who would say ‘mind you own business’ to this kind of law.

2nd hand smoke is a killer, and for babies, it can have detrimental effect on their health for the rest of their life. Children whose parents smoke in the house inhale 2nd hand smoke which is toxic and harmful, but, at least houses are quite big spaces, and most parents will go outside to smoke. However, smoking in a car is a very confined space, and although the parent might hold the cigarette outside the window, it will be near impossible to keep all the smoke outside the car.

I am in favour of this law being passed, but I am not sure how if it will easily enforced, and so don’t hold much hope for it making much difference.

Tell us your opinion on this weeks health news below!