We have evolved with probiotic bacteria and have a mutually beneficial relationship with them. We do not need them to survive, but our health and immunity would be severely compromised... 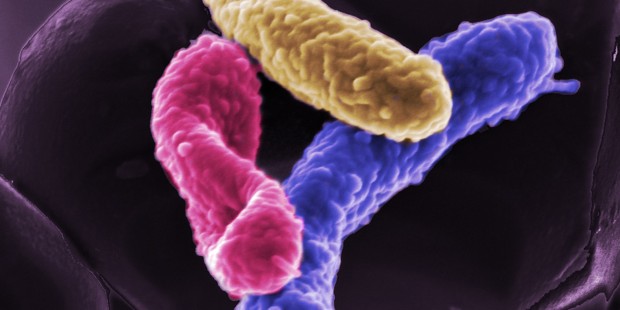 We have evolved with probiotic bacteria and have a mutually beneficial relationship with them. We do not need them to survive, but our health and immunity would be severely compromised without them.

Probiotics are beneficial bacteria which inhabit our digestive tract and are generally referred to as ‘good bacteria’ in the media. There are a number of probiotic species- some of which may still remain unknown. The most common and thoroughly researched probiotic species are Lactobacillus spp and Bifidobacterium spp.

Lactobacillus spp. have been shown to exert a number of benefits to the human host. Lactobacillius spp have shown an ability to increase the efficiency of the human TLR2 cells, which recognise pathogenic species in the gut- helping the immune system eliminate pathogens. There is also growing evidence that a number of strains of Lactobacillus inhibit the adhesion of pathogenic bacteria to intestinal cells. Pathogens most adhere to these cells in order to reproduce, and so by preventing this the population of pathogens is kept low. Lactobacillus have also shown the ability to help reduce cholesterol levels in humans in certain circumstances and do so by incorporating the cholesterol into themselves!

Bifidobacterium species have also shown the ability to aid the immune system, but unlike Lactobacillus, Bifidobacterium stimulate the dendritic cell, which in turn stimulate T-cells. These cells identify and destroy pathogens and are clearly very important to our health. Bifidobacterium species also produce and secrete vitamin B12 and B6, which the host can then absorb. These B vitamins have a number of roles including the production of energy and are essential for humans.

This is just a brief insight into the benefits that 2 species of probiotics exert on humans, but the benefits are very clear. For a full product comparison of probiotics, take a look at our Probiotic Showdown.

Prebiotics are simply components of our food (usually fibres) which selectively promote the activity and/ or growth of probiotics. This can be done either acting as a specific food substrate for probiotics, or inhibiting the growth of pathogenic bacteria (reducing the competition for food). The most common prebiotics are inulin, fructooligosaccharides (FOS) and galactooligosaccharides (GOS). These can be found naturally in foods such as bananas and garlic.

These are not an essential part of the diet, and probiotics can ‘eat’ a number of our foods, but they do give probiotics an upper-hand in the fight for dominance of the gut.