There is an increased awareness of eating the right food and drinking water that is not sweetened (artificially or not). Although this certainly is a move in the right... 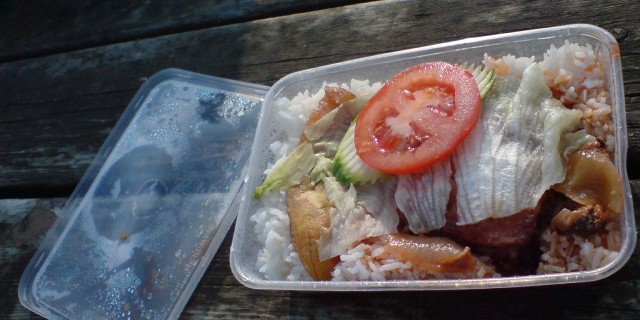 There is an increased awareness of eating the right food and drinking water that is not sweetened (artificially or not). Although this certainly is a move in the right direction and is very important, it is not the whole story for health. Food is becoming packaged and stored more and more in a variety of plastic packages, and there is emerging evidence and concern that some of the chemicals which make up plastic containers can leech into the food, and are consumed. This article will explain what BPA is, and what pthalates are, which are commonly found in many plastics, and look at how they affect our health.

What is BPA (Bisphenol A)

BPA is a common component of many plastics, and plastics made with BPA are often hard and transparant. Common BPA containing plastics are water bottles, baby bottles, CD cases and even the coating on receipts. BPA is recognized throughout the scientific community as an endocrine system disruptor, which means it affects our hormone signalling system, particularly that of oestrogen. BPA is an oestrogen mimicking compound, meaning it is able to activate oestrogen receptors in the body, simulating raised oestrogen levels. This is associated with an increased risk of breast cancer in women, prostate cancer in men, disrupting normal development and growth in babies (particularly in the brain) and possible neurological damage. There is also concern that BPA can disrupt normal thyroid function, increase the sensitivity of the mood signalling systems in the brain and increase the risk of asthma.

Although the oestrogen mimicking effects of BPA is well known and recognized by governing bodies, BPA is still widely used in the plastic industry. In the UK, the Food Standards Agency (FSA) have reviewed the use of BPA, and concluded that the amount of BPA which the public come into contact with would not have any significant affect on their biology, despite this many people still advocate caution, and suggest you avoid BPA products where possible.

Foods and drinks held in BPA plastics can contain traces of themselves BPA, which can build up in the body. The amount of BPA which goes into the food can be increased when exposed to heat or sunlight, or simply prolonged contact with the plastic containers. This is of particular relevance for sports drinks or water bottles which may be left outside in the sun, causing BPA to leech into the drink before it is consumed.  Also, certain plastic containers which are used in microwaves may contain BPA, which when used to reheat foods, can cause BPA to leach into the meal.

Pthalates are a group of plasticizers, and are added to plastics to give them flexible and transparent properties. They are used in a number of products such as toys,  pill capsules, bottles and even some make-ups. As with BPA, phthalates are known to disrupt the endocrine system, and also mimics the structure of oestrogen, meaning they have a similar affect on the body as BPA. There are also strong indications that phthalates can increase the risk of type 2 diabetes and can also damage the liver and testes. All these negative effects of phthalates are well recognized, and have been for a number of years. There is pressure on manufacturers to stop using them, but currently many plastic products still contain phthalates, and they are abundant in our lives.

Despite some plastic bottles claiming BPA free, there are still a number of chemicals which can leech out of the plastics into the food or drink, many of which are not thoroughly researched and their effects on the body are not fully understood. For this reason, plastic containers should be avoided if possible. Glass containers are a safe alternative for food/ drink containers, and contain no chemicals. Many glass containers are safe to use in a microwave or oven, but there is the risk of smashing the container, and so care is often needed. Aluminium and stainless steel are also very good alternatives, and with these materials you don’t risk any chemicals leeching into your food/ drink or the possibility of smashing. Aluminium is also very light, which makes it ideal for people partaking in hiking, climbing or running. However, these materials cannot be used in a microwave or oven.

Although the health impact of BPA and phthaltes are well recognized and understood, they have become such an integral part of the packaging industry that they are likely to remain in plastics for many more years. These chemicals are known endocrine disruptors, and can also increase the risk of developing a number of diseases, and for this reason they should be avoided where possible. Safer and healthier alternative to drinks bottles and food containers are glass, aluminium and stainless steel, as these material do not leech/ contain any harmful compounds into our food/ drink.