This week has covered surprising claims about alcohol, the benefits of drinking coffee, and why chocolate might not be so bad for your child’s over all well-being. What...

This week has covered surprising claims about alcohol, the benefits of drinking coffee, and why chocolate might not be so bad for your child’s over all well-being. 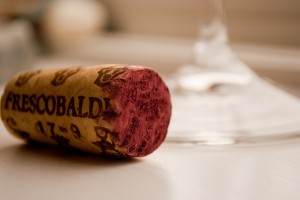 What is moderate? Researcher claims a wine bottle a day keeps doctor away

Dr. Kari Poikolainen is advising people that most government recommendations about alcohol consumption are too restrictive… Read more here.

This isn’t the first time alcohol has been wrongly promoted as healthy. I regularly hear that red wine is healthy, and have even heard it claimed that it can protect against breast cancer. When you look at the study that is quoted in this claim, you find that it is based on the activity of an enzyme in a lab, when an extract of grape skin is added to it. The study doesn’t use people, doesn’t even use wine in the experiment and certainly doesn’t show that red wine protects against cancer.

The news article does point out that the health effects of drinking alcohol is the most prone to misleading evidence and data fabrication, so I suspect that Dr. Poikolainen has either been mislead by false claims, or is creating false claims in the interest of making a splash in the papers, which I guess was achieved.

Either way, I would certainly take Dr. Poikolainen recommendations with a large pinch of salt – there is a massive amount of evidence showing the negative effects of alcohol consumption.
[divider]

Three cups of coffee a day could help keep diabetes away, scientists say

Drinking more coffee may slightly reduce your risk of diabetes, and people who drink three or more cups appear to be at the lowest risk of all… Read more here.

This story has been run across a number of news sites this week, but it isn’t really new information. Coffee, or more specifically caffeine has been known to to offer protective effects against type 2 diabetes as well as a number of other diseases which we covered here.

Although caffeine does offer health benefits, it isn’t without its health risks, it also comes with possible negative effects such as increasing anxiety and causing poor sleep. This emphasises the importance of consuming a balance of coffee/ caffeinated drinks, and recognising your tolerance levels. As with almost all food – consumption in moderation is best![divider] 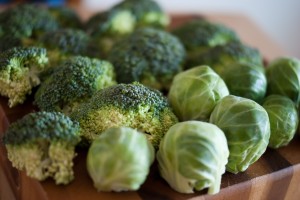 Eating your greens will not make you happy, finds Government-backed study

Children allowed to eat sweets and watch television in moderation score higher for “well-being” than those not allowed to at all, study funded by Department of Health concludes… Read more here.

I don’t think these results are surprising, children don’t enjoy eating greens and feel like its a chore, but they love chocolate and sweets. Small amounts won’t do any harm, especially if they are active as many children are, but it will make them happy. Its as the saying goes – “All work and no play makes Jack a dull boy”.