This week has shown that an apple a day really can keep the doctor away, covers more potential risks of neonicotinoids, progression in artificial hearts and potential to reverse...

This week has shown that an apple a day really can keep the doctor away, covers more potential risks of neonicotinoids, progression in artificial hearts and potential to reverse some of the signs of ageing!
[divider] 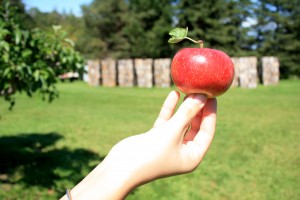 An apple a day keeps the doctor away (17th Dec)

Prescribing an apple a day to all adults aged 50 and over would prevent or delay around 8,500 vascular deaths such as heart attacks and strokes every year in the UK… Read more here.

This goes to show how effective nutrition is at protecting peoples health. An apple isn’t even particularly nutrient dense, yet has the potential to significantly protect against cardiovascular disease… imagine if people ate some broccoli too! 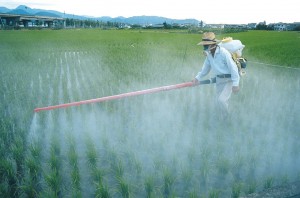 Neonicotinoids (a group of commonly used pesticides) have long been a topic of debate for their impact on the environment. Many of these chemicals have recently been suspended for use across the EU because of they have been shown to contrite to the decline in the bee population – which is a serious environmental concern. Recently, concern has moved away from their impact on the environment to the impact on our health after a study on rats who were exposed to neonicotinoids showed they caused ‘brain shrinkage’ and weight loss, and so may have similar effects on humans. This is of particular concern for babies, whose nervous system is still developing and is much more vulnerable to chemicals.

Although conclusive evidence has not shown that neonicotinoids are harmful to the nervous system, this kind of evidence is extremely hard to obtain (it would require exposing humans to neonicotinoids in a controlled environment, which can cause serious, and irreversible damage)! The bottom line is that these chemicals are not natural, and are not something which the environment and the mammalian body is able to cope with, a safe alternative needs to be found, and I think the ban on neonicotinoids should not be lifted.

The US company behind artificial hearts, SynCardia Systems, has announced it has signed a deal for a $14 million (£8.6 million) investment into expanding the technology… Read more here.

Currently artificial hearts do exist, but they are not ideal, they need to be replaced every 2 years or so, and the big batteries used to power the heart need to be replaced every 2 hours. They will do if you are waiting for a heart transplant, but that is about it, they are not a permanent option. Heart transplants are always in high demand, and supply will never meet demand, and with the direction the populations health is going, this isn’t going to change soon. This new funding into improving artificial heart research is very exciting, and could have a massive impact on many peoples lives!

They used a chemical to rejuvenate muscle in mice and said it was the equivalent of transforming a 60-year-old’s muscle to that of a 20-year-old – but muscle strength did not improve… Read news article here, and see study here.

It sounds exciting, and the research does show just how far science is developing, but the reality (as the researches admit) is that ageing is a multi-factorial process, and this isn’t going to significantly increase our ages let alone make us immortal. It is possible however, that this research may make getting old more ‘comfortable’, with muscles working more effectively. The research is still in very early stages yet though, so it is impossible to say if it will have any significant benefit.

Please leave your thoughts below!