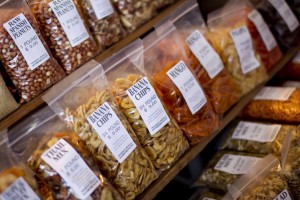 Dried fruit consumption has increased in recent years because it stores for a much longer time than fresh fruit and is often cheaper. Generally, people will decide if food is healthy or not based on whether it counts towards one of their 5-a-day, and, as dried fruit does counts as one of your 5-a-day, people believe that dried fruit is just as healthy as fresh fruit. This article will investigate the nutritional differences between dried and fresh fruit, and determine if there is any benefit of consuming one over the other.

Drying – The drying process is often done shortly after picking the fruit, which prevents nutrients being lost. All fruits can be effectively dried, and this can be done either by sun drying, warm air drying or through dry freezing. Of the three methods, freeze dried fruits retain the most nutrients, however, the amount of nutrients lost in warm air drying and sun drying is quite small. As freeze drying is the more expensive of the three processes, it is not often used. Instead, warm air drying is the most common method, because it is quicker than sun drying, yet not as expensive as freeze drying which makes it the most cost and time effective. This means that most dried fruits available to buy will have slightly lower nutritional value than their fresh counter part.

Preserving – Once the fruit is dried, it will be packaged. Dried fruits are often packaged with sulphur dioxide, which is an artificial antioxidant and antibacterial agent. This helps to prevent the dried fruit from discoloring and prolongs their shelf life. Dried fruits contain the highest concentration of sulphur dioxide than any other food, and this high concentration is of concern to many. In relatively low dosages (such as that found in a handful of dried fruits) most people will not notice any ill effects (although it still is a toxin). However, a small percentage of the population is sensitive to sulphur dioxide, particularly asthmatics. Consuming sulphur dioxide can cause headaches, breathing problems and itchy skin and even in extreme circumstances can cause heart problems to those who are sensitive. It is possible to get dried fruits without sulphur dioxide, but these can be harder to find, and are often more expensive. 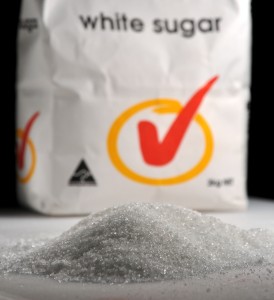 Additional ingredients – The only common additional ingredient which is added to dried fruits is sugar, and this is simply to enhance the flavour. Fruit is already relatively high in sugar, so adding more sugar can contribute to the ill effects associated with a typical Western diet. The sugar from dried fruits alone is unlikely to cause health problems, but it is the cumulative effects of all dietary sugar which leads to health problems. 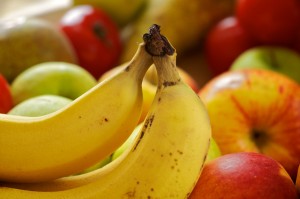 From the time fruit is picked the nutritional value begins to decrease. In some fruits, the vitamin C content is greatly decreased after 3 days, and in some circumstances may be completely lost. This emphasizes the importance of eating fruit as fresh as possible, although not all fruits will spoil this quickly. Fruit from large supermarkets will probably be treated to prevent the fruit spoiling at the same rate, which include storage in a low oxygen environment or low temperatures. This will slow down the degeneration process meaning the nutrients will not be lost as quickly, but doesn’t stop it, which still means that fresher fruit will still contain the highest nutrient content.

Drying fruit is an effective method at preserving fruit and still maintaining a large amount of the nutrients. However, the added sugar, and large amounts of sulphur dioxide used in many dried fruit products poses potential health problems, and so should not be consumed in large amounts. It is possible to get dried fruits which are sulphur dioxide and sugar free, and although these will be much healthier, they are often more expensive and difficult to get. Fresh fruit is a healthier option, as it doesn’t contain sulphur dioxide/ added sugar, and it also helps hydrate the body. However, as fresh fruit quickly spoils, which reduces the nutrient profile, it may not always be an accessible option to eat. In these circumstances,  dried fruits is still a healthy alternative.

Images courtesy of gtrwndr87, John Pozadzides, Andrew B and Maxey.