Evolution of your plate 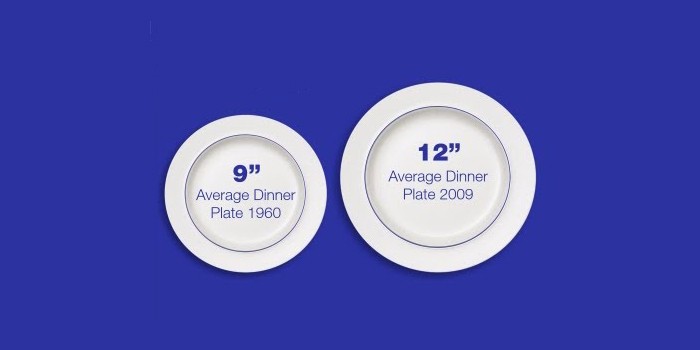 Why this has happened is not too clear, greater demand form more food perhaps? It is certainly clear that fast food portions have grown, which may put demand on home made portions to grow – we just don’t know for definite.

What we do know is that we as a species we are very good at finishing our portions.  An interesting (and quite funny) experiment demonstrated this nicely: 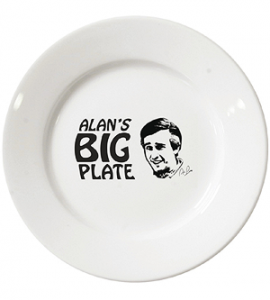 This shows that there is a link between the portion of food we are presented with and our satiety – generally  we will feel full when all the food is gone.

So, larger portions, means more calories, and with modern diets, this means that you will gain weight – plain and simple.

But if you are concerned about your weight, then a simple answer if get a smaller dinner plate – your portions will decrease and you will be able to manage your weight better.