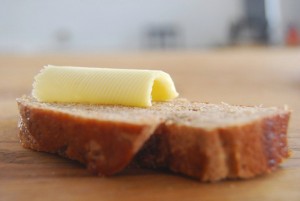 Twin doctors’ diet experiment: One gave up sugar, one gave up fat

Sugar vs fat: Chris and Xand Van Tulleken, both 35, spent a month following restrictive fad diets to see if one food group is behind the obesity epidemic… Read more here or here.

Twins make perfect, but rare, subjects for dietary experiments, especially ones which have very similar lifestyles. It allows the elimination of genetic and lifestyle factors, meaning that the results are much more likely to be a result of the dietary changes. These two doctors followed opposite and popular fad diets for a month to see if either was health, effective and if fats/ sugar are addictive as these diet advocates say. One ate low fat/ high carbohydrate diet, whilst the other ate high fat/ low carbs. These were the only parameters for their diet, so high carbohydrate diet could contain anything from fruit and veggies to bread a crips, where as the high fat diet could contain anything from steak and eggs to processed meats.

Neither of the two doctors enjoyed their diet, eating nothing but carbohydrates leaves you feeling hungry all the time and meals seemingly tasteless, whereas high the high fat diet leaves you feeling groggy and constipated from the lack of fibre.

The success of the diet was measured with mental performance, physical performance and weight lost. Mental testing and physical tests showed that both the mind and body of the high carbohydrate diet out-performed the high fat diet, whereas more weight was lost on the high fat diet (although some weight loss was thought to be lost from muscle mass). However, the high fat diet was possibly more healthy in the long term due to reduced insulin spikes. They concluded that although you can lose weight on both diets, neither are an effective or sustainable solution, and are certainly not healthy

Interestingly though, despite everyone saying that sugar or fat are addictive, neither found them to be. After much digging about they found that neither alone were addictive, but when put together they give the addictive properties similar to cocaine. Thinking about it, you never have cravings for a spoon full of butter, or a lump of sugar. It is foods like chocolate or ice cream which people crave, and are high in sugar

These findings are far from conclusive, but it is very interesting, and you rarely get to see an experiment like this. The take home message the brothers gave was avoid highly processed foods, and avoid faddy diets – neither are good for you! 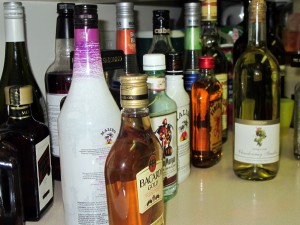 Scientists believe drinking too much alcohol could set off a chain of reactions in the body that makes the skin more vulnerable to cancer… Read more here.

After reviewing 16 different case studies scientists have concluded that regularly drinking alcohol can increase the risk of developing skin cancer by approximately 20%, which indicates a massive increase in risk. This is thought to be for 2 reasons; the immuno-supressive effects of alcohol and by increasing your skins sensitivity to UV damage.

Alcohol is known to have a negative effect on the immune system, which increases the risk of developing all cancers, not just skin cancer. However, alcohol offers an additional risk factor for skin cancer in particular, because when alcohol is consumed it is converted into a compound called acetaldehyde by the body. This compound is now thought to make  the skin much more sensitive to UV light, which is the primary cause of skin cancer. These findings are of great importance to the typical Brit, whose skin rarely is exposed to much sunlight, and so has little natural protection. We then go on holiday, where we typically drink alcohol and spend too much time in the sun, which can cause a massive shock to the system, which is a perfect cocktail for skin cancer. 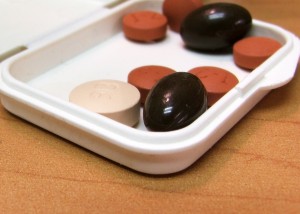 ADHD diagnosis is on the rise, whether it be due to modern diet/ lifestyle or simply a ‘catch-all’ diagnosis for people who express symptoms such as having a low attention span.  Having such a diverse range of symptoms and possible causes makes finding a solution extremely difficult, and treatment usually results in the use of medication.

This news article is proposing a potential alternative to these medications, which may be beneficial for those who do not respond well to them, or simply don’t like the idea of taking medications. Recent research has shown that taking a broad-spectrum of nutrients (both vitamins and minerals) can result in a modest improvement in attention and hyperactivity, although the reason for this is not known. There will be some debate whether a multivitamin can be used to treat ADHD as they are not as effective as the medications, but this does at least give us an insight into a potential cause of ADHD – diet. It would seem, that to some extent at least, that providing the body with nutrients can combat ADHD, and so ADHD itself may be (in part) a result of a nutrient deficiency.

Leave your comments below!