Some interesting news this week, this weeks round up covers the possibility of reversing the ageing process, the potential rise in coeliac disease, why people feel colder than others,...

Some interesting news this week, this weeks round up covers the possibility of reversing the ageing process, the potential rise in coeliac disease, why people feel colder than others, child health and the health implications of statins. 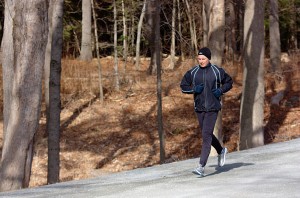 The University of California team says it has found the first evidence a strict regime of exercise, diet and meditation can have such an effect. But experts say although the study in Lancet Oncology is intriguing, it is too early to draw any firm conclusions. The study looked at just 35 men with prostate cancer. Those who changed their lifestyle had demonstrably younger cells in genetic terms… Read more here.

One biological marker for ageing is the length of telomeres, which is simply the length of seemingly random genetic nonsense at the end of our DNA. It is thought that these telomeres protect our genetic code from damage, and loss of code during cell division. As we get older, the length of these telomeres seems to get shorter and shorter, and this shortening is associated with an increased risk of a number of diseases as well as signs of ageing.  In this small study, which took place over 5 years, it was noticed that diet and lifestyle changes actually increased telomere length by 10%. Although it is still “too early to draw any firm conclusions” it is quite exciting, and does show that diet/ lifestyle changes can, to some extent, reverse the signs of ageing.

It would be interesting to see further studies in this area, particularly with different types of diets, diseases, ethnicities,  ages and genders. Particularly diets which include large amount of foods from the herbal family astragalus, which is already associated with telomere protection.

Is it too early to put the central heating on? (17th Sept)

While temperatures drop, homes across the UK are gradually firing up the central heating. But why do some people feel the chill much earlier than others?… Read more here.

I’m sure most people have at least thought about turning on the heating with the chilly mornings we have had recently, but it is interesting how different people seem to feel cold more than others. It certainly does seem to affect women more, and even though I don’t have much fat, I always seem to be one of the last to feel the cold – finally some possible answers!

It would seem that oestrogen makes you more sensitive to the cold, an under exercised cardiovascular system makes you feel colder, and large amounts of body fat make make you used to the cold. If you are wanting to feel less cold this winter – get running now (whilst there is still a bit of light in the evenings) to strengthen the cardiovascular system, add a few more pounds of fat….and be male…. Ok, so not all of those options are aesthetically pleasing, or even possible, but if you need another reason to do some cardio exercise, this is it. If nothing else this article should help people understand why some people feel so much colder than others – it’s not all about just ‘manning up’. 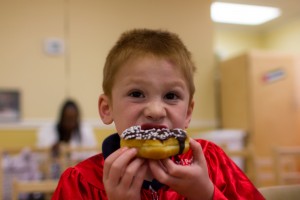 The number of children in Scotland with the digestive disorder, coeliac disease, may have reached record levels, according to researchers. Scientists have found coeliac disease affects six times more children living in Scotland now than it did in 1990… Read more here.

It could be just that more and more people are actually being diagnosed with the disease, and it isn’t really on the rise. Coeliac disease is thought to affect approximately 1% of the population, but it has widely been accepted that many coeliacs are undiagnosed. On top of this more and more people are being recognized as being gluten sensitive. It’s good news that these dietary restrictions are being identified, it can only lead to a healthier lifestyle for these people, and news coverage on this topic might even get people thinking about their diet a bit more. Maybe you should try a week of two without gluten and see how you feel?

The government announced on Tuesday plans to provide a free hot meal to every infant pupil in England but schools are also using other methods to encourage healthy eating… Read more here.

I think this is a great idea, solidifying good and healthy eating habits at a young age is very important, and hopefully as these children grow up, they will keep these habits. Educating children on health and nutrition at a young age can only be a good thing as far as I am concerned, and if it is possible for ‘reward foods’ to be fruits instead of chocolate and sweets I will be very impressed! 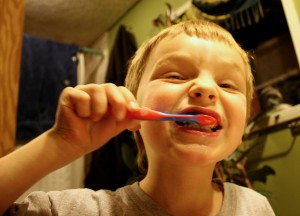 This really makes the news article from the previous day even more important. I had no idea that tooth decay was actually this bad among 5 year olds! I can take some comfort in the fact that this is actually a decrease, from nearly a third of 5 year olds, but it still is a long way from a desirable ‘zero’. Hopefully, with the new free meals for infants, and the increased health awareness, the amount of children with tooth decay will continue to decrease. 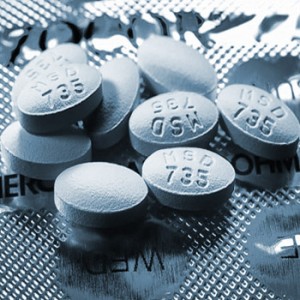 They have been heralded as the new wonder drug and are used by millions to fight heart disease, but statins could increase the risk of cataracts, a new study has found… Read more here.

Statins have long been a controversial drug, and are certainly something I would always approach cautiously, and would never recommend them unless all other avenues has been explored first. This study goes on top of an ever growing list of research showing an increased risk of negative side effects from taking statins. Although statins do seem to lower the risk of heart disease, they come hand in hand with complications, and the phrase ‘out of the frying pan and into the fire’ comes to mind. This research comes shortly after it was suggested by some that everyone over the age of 50 should be taking statins, and this study should really raise questions about that idea.

I can accept statins as a last resort drug, but they should not be so readily prescribed over diet and lifestyle changes.
[divider]