A large amount of time has passed since the idea for cigarettes to contain plain unbranded packaging and graphic images of the dangers of smoking. Only recently as Australia passed the... 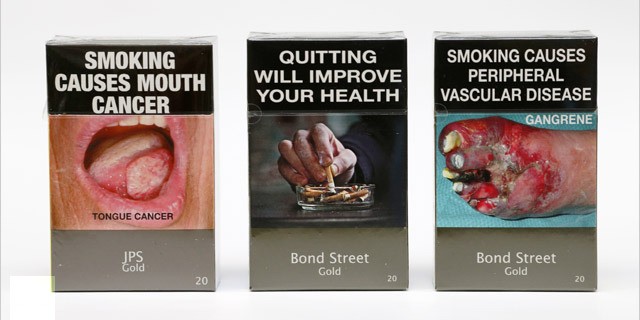 A large amount of time has passed since the idea for cigarettes to contain plain unbranded packaging and graphic images of the dangers of smoking. Only recently as Australia passed the law to make this mandatory, which has caused great debate in the UK – should the UK do it?

Weather the UK should do it or not really depends on if this will prevent people from smoking. From asking the public in the UK many people believe that it won’t stop current smokers from smoking, but it may prevent children from starting smoking – which would obviously be great.

This certainly seems like a move in the right direction in preventing children smoking, and some of the images certainly are graphic and off-putting! However, the downside to this is, that without branding, counterfeit and illegal cigarettes can be sold more easily.

A representative of the tobacco industry (who has ulterior motives) claims that there is no actual evidence that this will reduce smoking, and he is pretty much right. There is actually very little supporting this other than peoples opinion, and most people seem to think that current smokers will not quit, and the only benefit is that children may quit. This is clearly a bit benefit, which certainly is not to be ignored, but with out any actual figures, do we know that the pros outweigh the cons?

In my opinion, yes they will. Illegal and fake cigarettes will always be produced and sold, but with graphic images on the packets children might think twice. After-all  if you reduce the demand, you will be reducing the creating of counterfeit cigarettes anyway!

Australia are being very bold in their move against smoking which is admirable. The results of this action is Australia will be keenly watched by myself and I’m sure many other people, and I am quietly confident we will see some promising results within the next few years which will encourage the UK to follow suit.

Hats off to Australia.